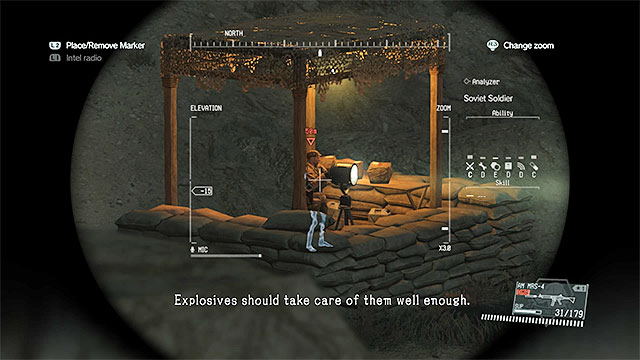 Do not destroy spotlights, because this will anger the enemies even more

While sneaking, in Metal Gear Solid V, you also need to keep in mind other potential threats, apart from the ones described in the rest of this guide. Also, it is a good idea to be aware of them, before starting the game.

Paradoxically, many of the threats become active after dark, because this is when enemies try to make up for their limited range of vision. While exploring the map, during the night, you should watch out, predominantly, for watchtowers and other spots (e.g. roadside fortifications), with spotlights lighting the area, in them. Avoid walking into the lighted area, because this grants the enemies with vision comparable to that of broad daylight. The easiest way to handle this is to walk around these spots, at a safe distance, and leave them alone or get the operators from behind. Destroying spotlights is not a good idea, because this will only alarm the nearby enemies and encourage them to search the area more thoroughly. 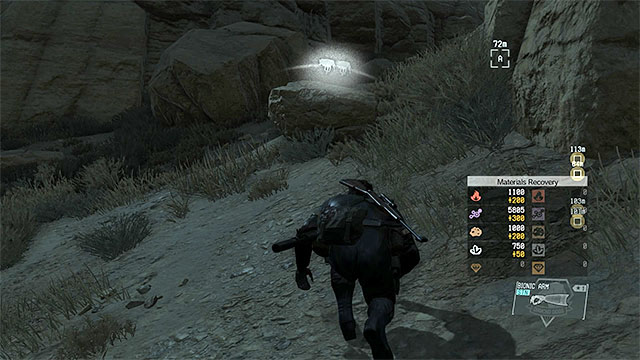 In the case of animals, the safest method is to put them to sleep and fulton then to your zoo.

A completely different type of threat, connected with sneaking, is posed by wildlife. You do not need to worry about the smaller animals, but if you run into a pack of wolves, or a big bear, you should stay especially vigilant. Bigger animals may try to attack the Big Boss and not only wound him, but also make unnecessary noise. If the circumstances allow that, use, e.g. the pistol to put the animals to sleep and, at the same time, fulton them to the Mother Base, where they enrich your zoo.