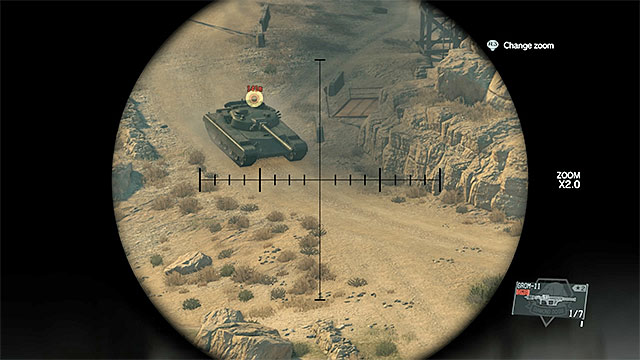 Find a safe, covered spot and prepare your rocket launcher.

The convoy consists of two tanks and a truck, in which the colonel is travelling. All the three vehicles can be destroyed in many different ways. If you have a rocket launcher, stand in a covered placed so that you can attack the weaker elements of the enemy tanks' armor. You have to bare in mind that if you have a weaker type of rocket launcher, one missile may not be enough. In this case, you have to quickly reload the weapon and use it again. If the situation gets dangerous, you will have to hide behind for example some rocks to avoid enemy shots.

Instead of the rocket launcher, you can use for example C4. However, remember that tanks are very durable and one attack may only damage them. This doesn't apply to the truck, which doesn't have any extra armor. 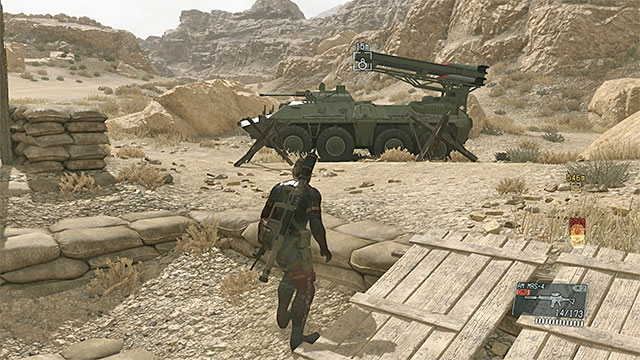 The location of the armored vehicle.

Another way of destroying the tanks is to use the armored vehicle located on the map. This is the best idea if you want to obtain an S rank. You will find the machine to the east of the village, not very far. You can eliminate the enemies guarding the area before you take the vehicle, ignore them, or run them over when you already control the machine. 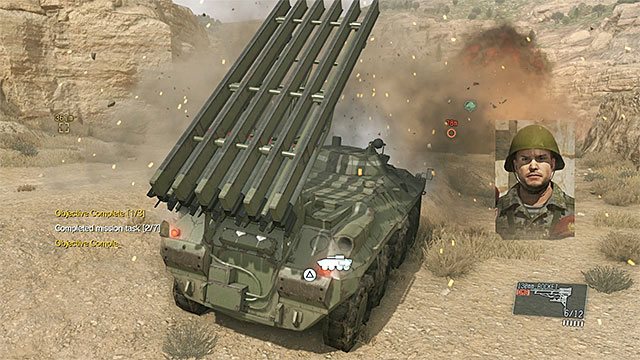 Use the rockets when the convoy gets into your rang of attack.

After you gain control over the vehicle, find a spot on some high ground so that you can see the convoy well. Switch to first person camera and make sure that you select rockets as your active weapon. Wait until the tank in the front of the convoy gets close enough and shoot the rockets. Don't worry if the tanks attack you, as the vehicle is quite durable and it won't be destroyed right away. 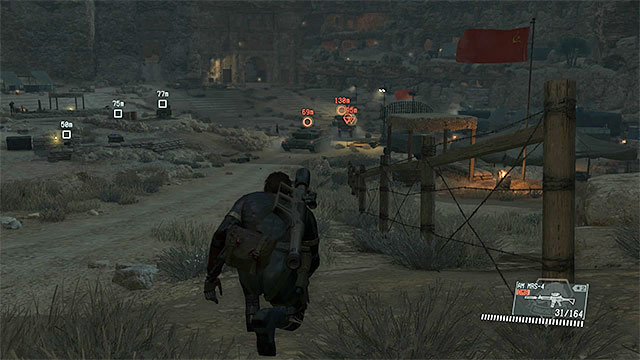 The destination of the convoy is Da Smasei Laman.

If you've managed to destroy the convoy before it got to Da Smasei Laman (the location that you visited in mission 6), you will also complete an optional objective. Otherwise, mission will continue, because the game gives you one more chance to eliminate the tanks and the colonel in the fort. When in Da Smasei Laman, watch out for the guards. Try to avoid them or eliminate them silently. You can use a rocket launcher to destroy the tanks, or make use of the fact that the machines are not moving now and plant a few C4 packages. As for the colonel, he should be in the unguarded, north-western part of the fort, where it will be easy for you to kill him.