Note! Killing the commanders is one of two ways of completing this mission. If you prefer to complete the hidden objective, go to the chapter entitled Exfiltrating enemy commanders. 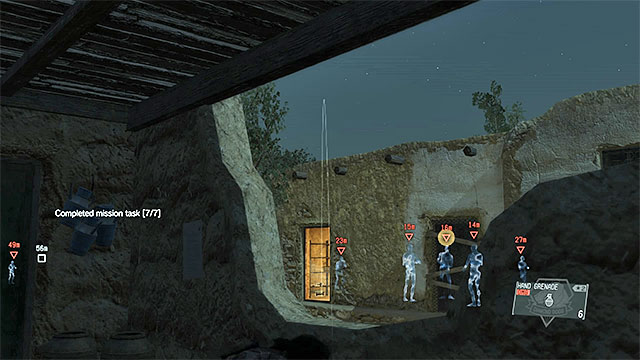 Attacking the officers during the meeting will allow you to complete the mission faster.

You can eliminate the commanders using many different ways. The most obvious variant would be to reach their locations, use the binoculars (the officers all have red berets and then kill them from safe distance using a sniper rifle, or get closer to the target and use any other weapon (for example a pistol or an assault rifle with a silencer).

However, you can make the task easier. If you want to eliminate the enemies quickly, you can sneak to Da Wialo Kallai and hide near the building when the meeting will take place. This is the suggested way of completing this mission if you want to get the S rank. You can then throw a grenade inside and or scare them out and kill them as they run outside. 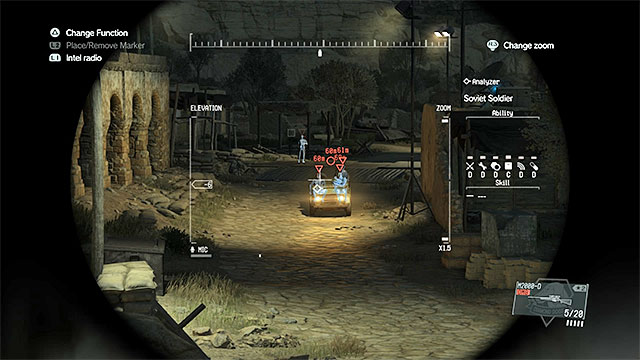 You can plant C4 or a landmine on the vehicle's route.

In the case of the officers from Wakh Sind Barracks and Da Shago Kallai, another interesting idea is to ambush them while they travel, either from their default location to Da Wialo Kallai or when they are returning. Here, you can also make use of the sniper rifle, but it's even better to use a grenade launcher, a rocket launcher or some explosives. You can use C4 or landmines. Place it on the vehicle route (it is makred on the map) and wait until it arrives.

After killig all the commanders, you can summon the helicopter or leave the mission area by yourself (preferably on horseback).