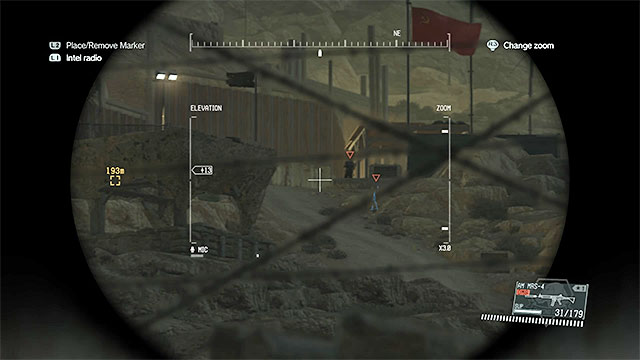 The main path is being guarded by the enemy forces

You can pick either of the two available landing spots and it is better to pick the Western one. You will then start Southwards of the Wakh Sind Barracks. Go straight ahead Northwards and approach the lower part of the enemy base. Avoid the single opponent that is guarding the Western road, and the guards to the East of here (it is night, some of them will be using headlights).

The engineer that you are looking for is being kept in the upper part of the barracks and you can get there in two different ways. There is the main road leading up to the upper area, but it is quite heavily guarded. You would have to eliminate, at least, several opponents, if you decided to go that way, and you would also watch out for new patrols that could reach there in the meantime. 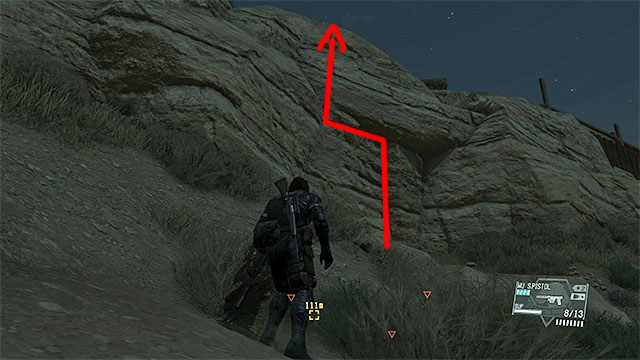 A much better way to reach the upper base is to climb the rocks to the right (i.e. to the West) of the main entrance. Search for the spots on the wall, over which your character can start climbing. An example of such a spot has been shown in the above screenshot. After you climb to the top, keep climbing over the small ledges, until you get near the top and close to your destination.