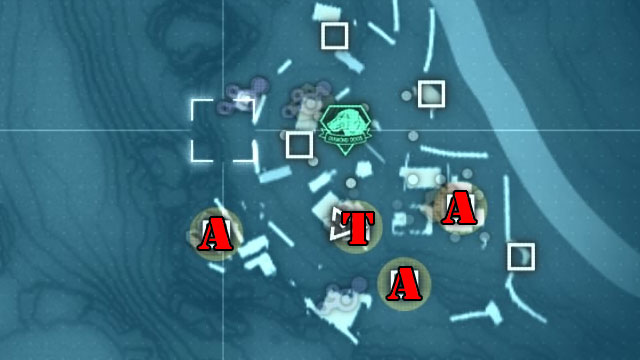 In the Eastern Communications Post, there are four objects that you need to take interest in and they have been shown on the above map. A's mark the three antennas. It is a good idea to locate them using the binoculars, thanks to which you complete one of the secondary objectives. The T marks the transmitter and it is located inside one of the buildings. 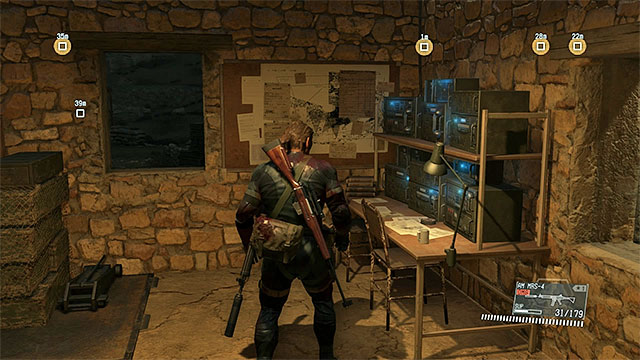 Plant a C4 on the transmitter

There are two ways in which to complete this mission and they exclude each other. You can destroy three antennas or one transmitter - each of the plans is connected with a different objective.

In my opinion, it is better to destroy the transmitter. Thanks to this, you end the mission faster (also, this is important for your S ranking) and there is a lower risk of alarming the enemy. Carefully drop down to a lower level and use the sleeping ammo pistol on, at least, one guard. Sneak into the building with the transmitter from behind and place the C4 there. After that, get as far away from the transmitter, as possible (you can get to the edges of the base) and then detonate (hold down the targeting button and press the context actions button).

Note - if you do not have the C4 explosive in the inventory, you can e.g. fire a suppressed weapon at the transmitter. 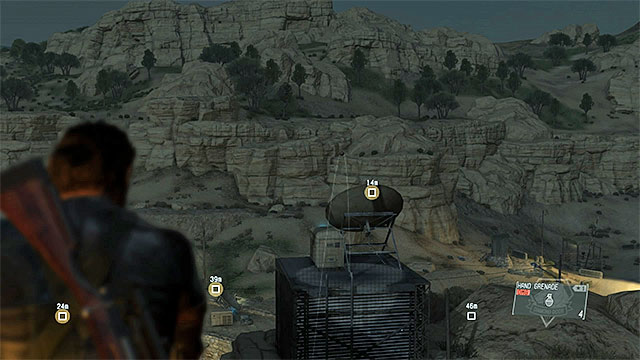 Throw grenades towards the antennas

If you decided on the plan to destroy the three antennas, you need to keep in mind that this, sooner or later, will alarm the opponents around. The most convenient way is use the grenade launcher, while on the upper viewpoint. If you do not have it, the best idea is to throw grenades onto the rooftops with the antennas, because getting to them to plant C4 explosives would be too troublesome. Before you start the action, it would be best to secure as much of the camp as possible, beforehand (elimination of the guards here).