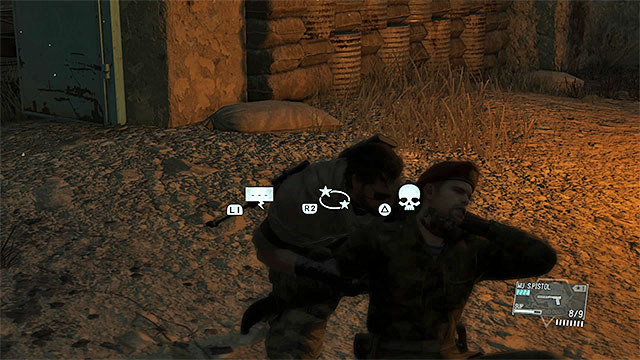 You may knock out the commander during a fist fight or with, for example, a pistol silencer

Kidnapping the Spetsnaz commander is more difficult than sniping him down. You may decide to try doing this during the second try when you will know this location much better. Head to the center of the Da Shago Kallai village however you need to watch out for guards spectating the area from the roofs and from the watchtowers (they may also use some headlights during the night). Some soldiers will also patrol the areas nearby the center of the village. You can neutralize and hide the bodies of some of them. Try to stay away from any group of enemies.

As I mentioned before the commander spends his time mostly on the ground floor of the building in the center of the village. Entering the area surrounded by a wall is a dangerous idea since the neighborhood has a lot of additional enemies. Instead you may try to lure the commander out by, for example, throwing an empty magazine from your weapon close to the building's window. After succeeding use a silence pistol or choke the commander from behind. 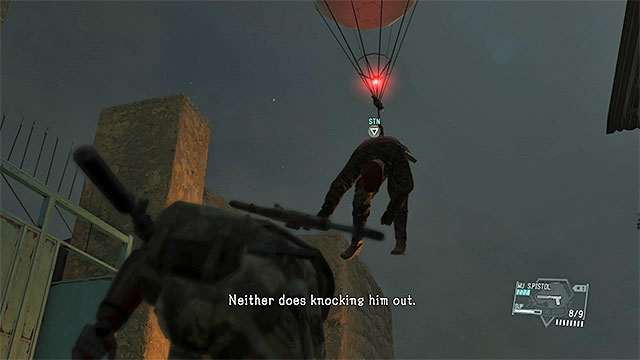 When you will stun the Spetsnaz commander you still need to get him out of here. The easiest way is to use a balloon to fulton him to base however you can't do this while you are in any building. You may also take him to a place where you want to call a helicopter.

Warning - If you have problems walking through the village you may decide to find and sabotage a generator which will temporarily turn off every source of light in the village.

Warning - To finish this mission you need to call a helicopter and get to the evacuation area.