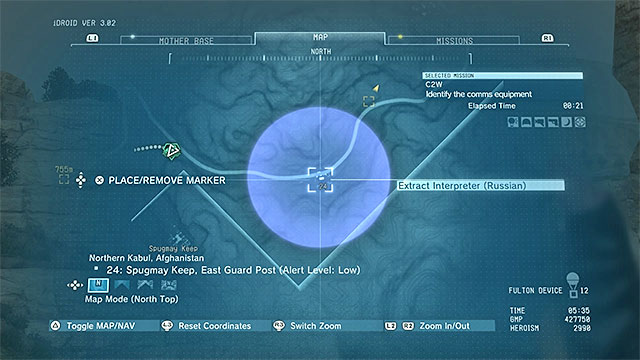 Russian language translator is one of the most important optional characters that you should persuade (with force) to cooperate with you early in the game. The reason for that is since the moment you unlock the translator, Big Boss will be able to interrogate all the soldiers during missions in Afghanistan. Interrogations (they are possible after sneaking up on enemies and capturing them) will allow you to obtain many valuable information, for example informing you about the whereabouts of important mission objective, ammunition stock or precious diamonds.

You can meet the translator early in the campaign, during the fourth main mission called C2W. You must reach the territory shown on the picture above (guard post 24), which is located East from the landing zone where you started the mission.

Warning - Beginning the fourth mission is not obligatory. You may also wait for the Side-Op number 1 called Extract Interpreter Russian to unlock which is completely focused on the translator. It is a better way to choose if you want to find a translator but you don't want to push forward the main story. 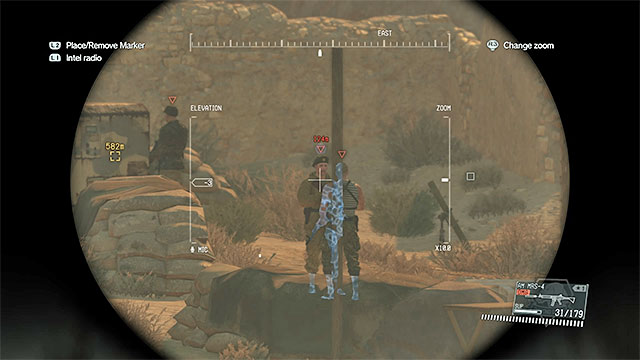 The translator won't want to cooperate with you, you will have to use force and make him unconscious. He has been shown in the above screenshot (you recognize him by the green beret). If you want to do it the fast way, deal with the interpreter's guards (you can also kill or knock down other soldiers) and make him unconscious (it is recommended that you use tranquilizer ammo pistol). If you do not want to be spotted, wait for the interpreter to enter the building, eliminate the guards silently and knock him down afterwards. Regardless of what you did, approach the unconscious interpreter and fulton him, i.e. extract him with the balloon to the Mother Base (make sure that the action is successful - he cannot be inside the building!). Once the mission ends, he will join your personnel (you can use his services when replaying the previous missions).