Once again, you won't have to spend too much time trying to reach your goal area, because you'll land nearby. This time you will have to pay more attention to enemy units. There's going to be more of them and they'll be well organized. You will also have to avoid getting too close to the windows, because an enemy tank is patrolling this area. 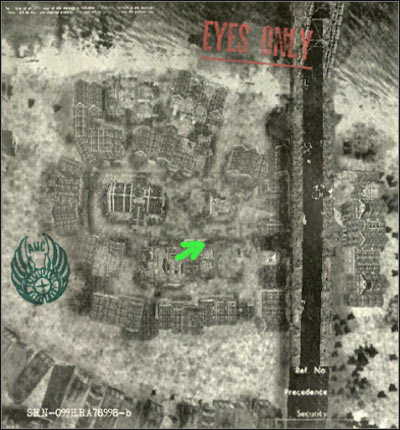 I guess you may have some serious problems finding the landing site. Take a closer look at the screen if you want to find out where it is. Obviously we're talking about a bonus zone (Skill Drop). You will have to land on a very small wooden board which connects two buildings. Otherwise you wouldn't receive any bonuses. You will also have to be ready to fire at your opponents almost immediately after the landing. This also means finding a good cover area. You should also consider increasing your speed, so you won't be hit by anyone while you're still in the air. 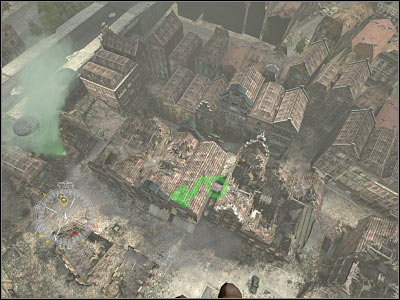 Once you've landed, immediately hide behind one of the objects to your right. Don't forget to choose a crouching stance. You can't stay here forever, though. The area is not safe. Kill one of the closest soldiers. Turn around so you'll be facing the landing zone. You will also have to watch out for enemy grenades. 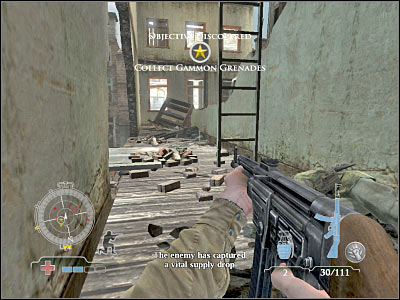 You should consider standing to the left of the wooden plank, so you'll be able to take out some additional enemy units. It shouldn't be too difficult. Be careful, though. One of the enemy soldiers may advance towards your position, so you have to take him out quickly. Once the area has been secured, head on to your target. Hide behind a large chair. 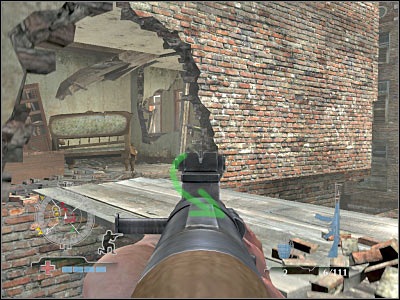 Additional enemy troops are stationed to your right. It would be wise to wait for their move, especially since it's not going to be easy to surprise them. Once they're gone, turn left. You should be able to notice one of three MG nests. This is a different objective, however it would be a good idea to take it out right away, especially since you'll have a tactical advantage over your opponents. Try surprising some of the German soldiers. You could use a sniper rifle for precise shots. If you see a tank in a distance, make sure that you leave its field of view. 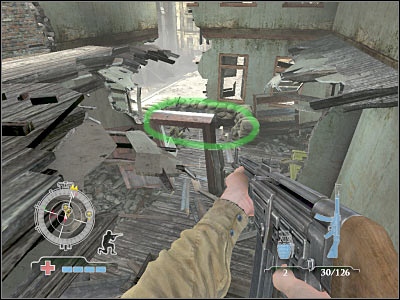 Don't leave this floor of the building just yet. Instead, make a few steps forward and turn right. You will probably notice additional enemy troops. You won't kill everyone from here, but you should be able to take out at least two enemy soldiers. Once they're gone, land on the lower level of the building. 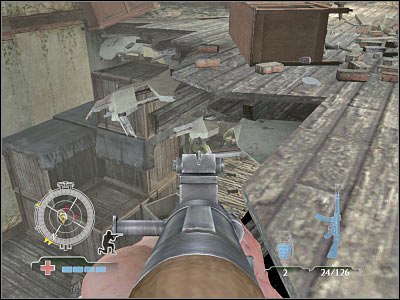 I'd strongly recommend hiding right away. Thankfully, there are a lot of large objects here, so it shouldn't be a problem. You will have to check your compass frequently, because more enemy units may arrive in this area. Try securing your first MG-42 nest, as well as the surrounding area. It shouldn't be a big problem. 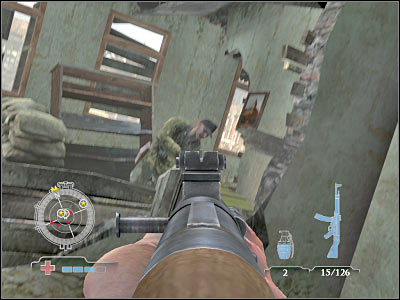 I wouldn't recommend moving towards the second MG site, because we'll deal with this problem later during the mission. Instead, make sure that you have secured this building. Once this is done, locate a large crate. You should be able to find Gammon grenades inside. Pick them up. You will also be allowed to return here in order to pick up more of these grenades. The game should display a new objective on your HUD. 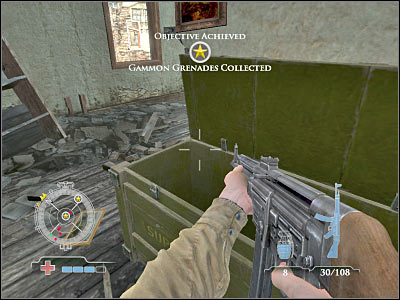