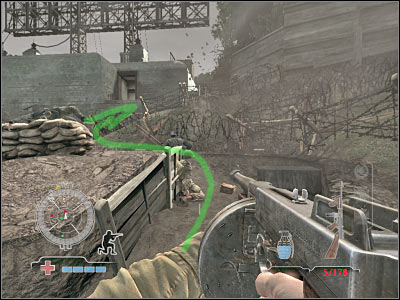 BEFORE you decide to enter this building, you will have to eliminate the second gunner. He is hiding to your left. There's a small hole here and he'll be using it to kill everyone who decides to enter the bunker. You must act quickly, so you won't receive any injuries. Try killing him by using a machine gun. Once he's gone, enter the bunker. 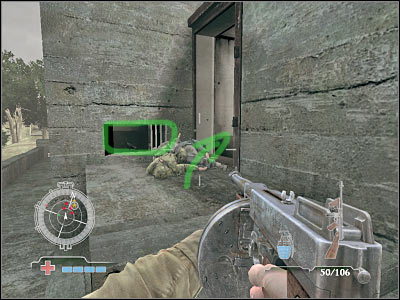 There's a small window that's located in front of you. I would recommend ignoring it, because there's only one enemy soldier inside and he wouldn't be able to hurt you later during the mission. Turn left and keep heading forward. You must be very careful here, because this corridor is going to be guarded by new enemy units. Try using some of your carried grenades. You could also kill them from a larger distance. Also, make sure that the heavy machine gun post (it's to your left) has been secured. You'll also find some useful items there. 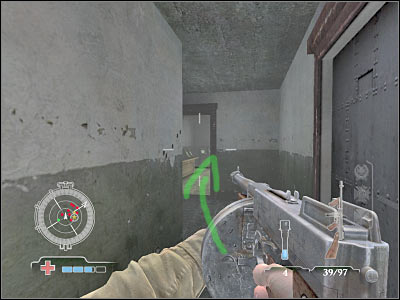 There's a much larger room to the north-east of your current location. It's going to be occupied by at least 3-4 enemy soldiers. The easiest way to get rid of them would be to use a grenade, however this won't kill all of them at once. You could also wait for some of the allied soldiers and take part in an assault. Make sure you're using your compass to find enemy troops. Some of them will be standing near the stairs. Eliminate them quickly and secure this entire area. 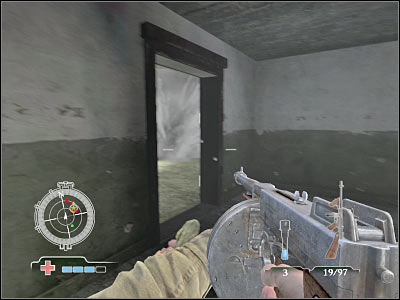 Enter this new room. You won't have to use the stairs to reach your new destination. Instead, you should consider turning right. You will be able to find a new passageway here. Be careful, though. This corridor is going to be guarded by a small group of enemy soldiers. You could use one grenade to get rid of them quickly. Otherwise try leaning out carefully. 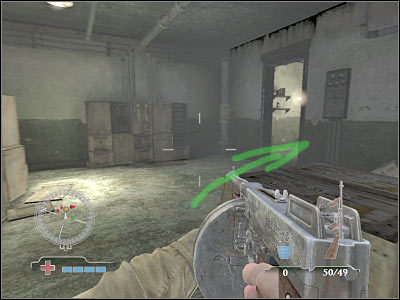 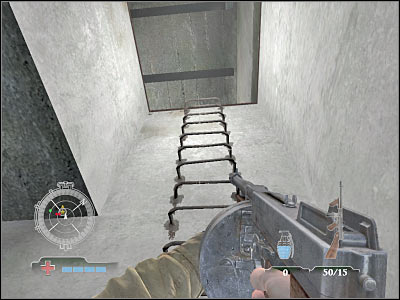 The roof isn't well defended. You'll only encounter about 2-3 enemy soldiers here and you shouldn't have any problems finding and killing them. Once they're gone, head on to the designated area of the map. Plant a charge on the antenna. Move back and wait for the fireworks to occur. You will receive some new orders in just a few seconds, so take your time and enjoy the destruction of the antenna. 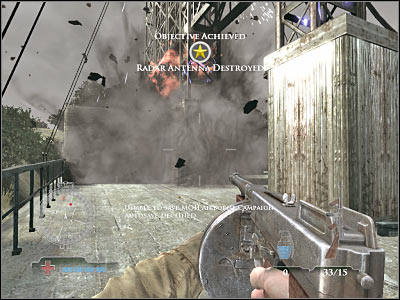