While approaching the base, you'll have four possibilities to support Kirrahe. First, you can use triangulation tower (VIR2-1) to disrupt geth communication (you will find it at the north east). Eliminate the guards, go upstairs and use the terminal.

The next step is to cut off the communication for good. To do it, you'll need to destroy the satellite (VIR2-2). It can be found at the top of the uplink tower guarded by a group of geths and hired krogan. After clearing the area, shoot the satellite until it explodes. 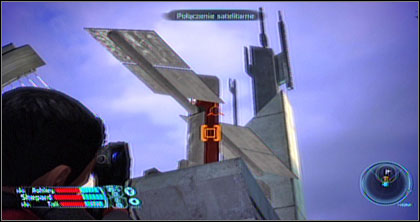 Your next task is to destroy five drones guarding the nearby refueling platform (VIR2-3). Then you can get inside the base. If you use the north entrance (VIR2-A), you'll come across a security terminal (VIR3-1)l. It can be used to deactivate the alarm system.

Hint! You can also use the console to redirect the geth forces in Kirrahe direction to make your stay in the base somehow easier. Captain will be killed though and you will gain some renegade points. 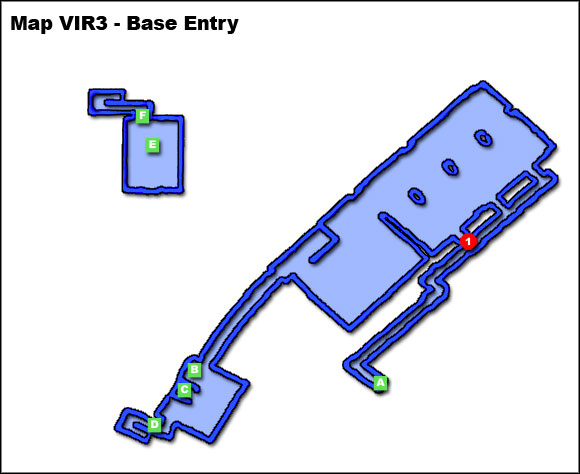 A. To the base entry 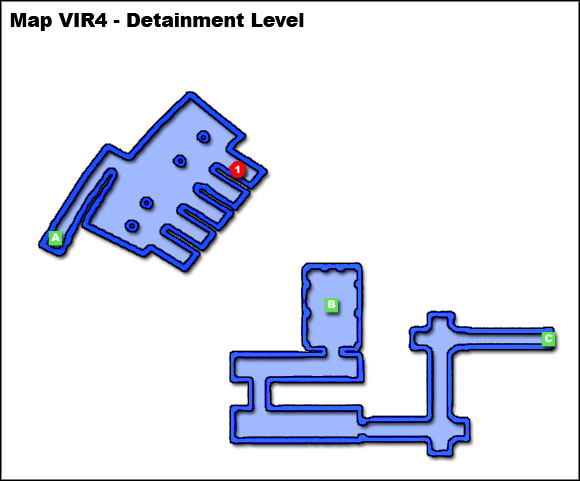 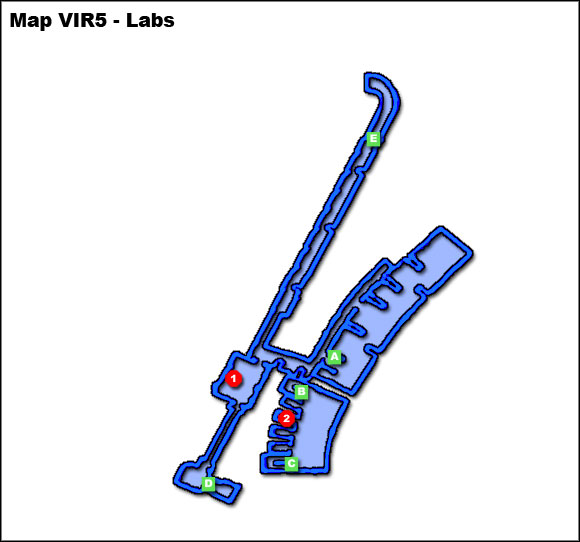 D. To the Communication Tower

E. To the base main level