On this page of the guide to Mafia Definitive Edition, you can find a walkthrough of the main mission 16  Creme De La Creme. You will learn, e.g. how to chase Don Morello's car, where to find Morello at the airport, and how to destroy the plane Morello will use to escape.

Get in the vehicle and reach the theatre 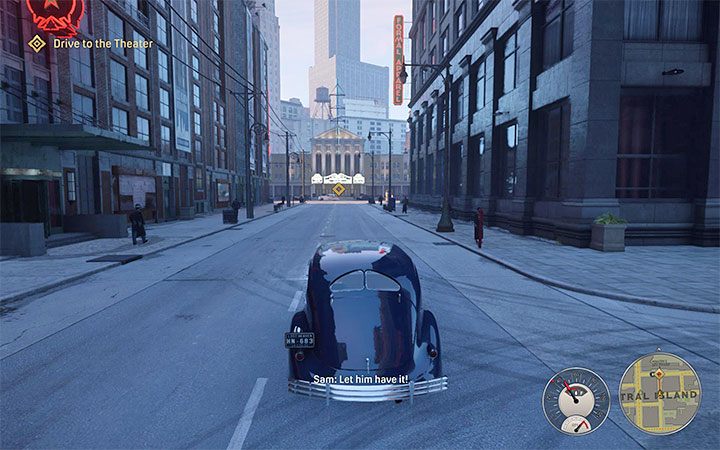 After hearing the plan for murdering Morello, go down the stairs to the ground floor and reach the yard behind the bar. Get in the car with your allies. Start driving to Moulton's City Theater located in the Central Island district. Reach the theater to trigger a cut-scene of the attack on Morello and his escape. 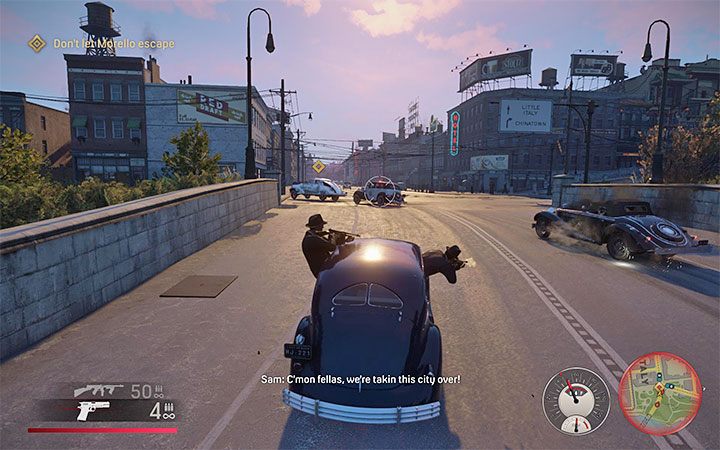 You have to start chasing the limo with Don Morello inside. The most important thing during this chase is good driving  maintain high speed and avoid hitting other vehicles or indestructible elements of the environment.

Police cars and gangsters' vehicles will join the chase. It's worth helping your colleagues and, in addition to driving, by shooting other vehicles. Each of them should get destroyed after a few successful hits. 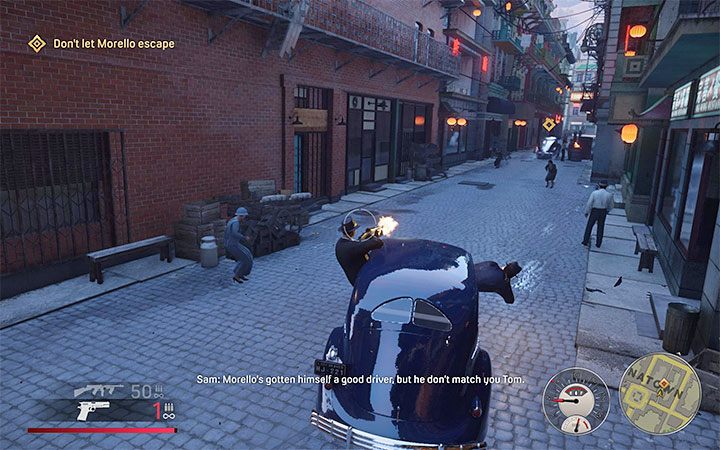 Later, you will have to, e.g. drive through some narrow streets. Focus entirely on avoiding contact with obstacles  you don't want to stop suddenly and lose Morello's vehicle. Heroes can also run into a police roadblock  bypass it or ram one of the police cars. 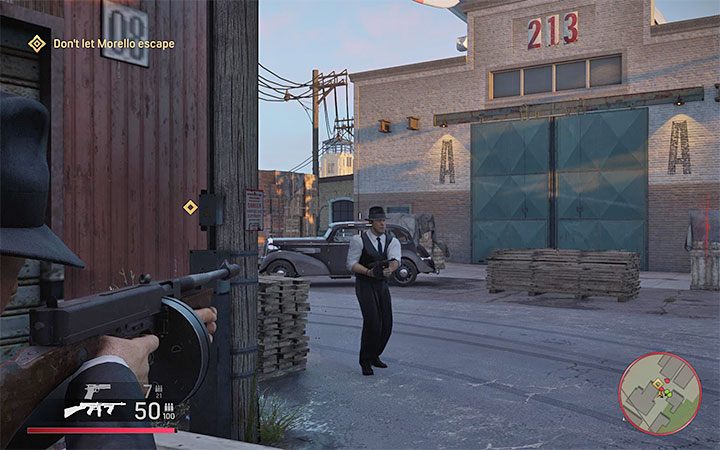 Morello escapes to the airport  this is where the next part of the mission will take place. You don't have to rush to get Morello. Instead, focus on eliminating gangsters encountered along the way. Attack them from behind covers. Sam and Paulie will help you kill some enemies. 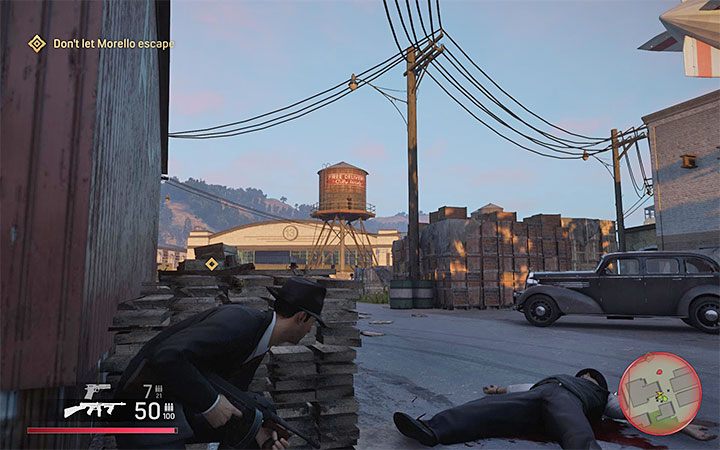 Watch out for a sniper on the tower. Try to do the same as in the previous mission  run between covers and try to get closer to the sniper. It is possible that one of your comrades will kill the sniper. 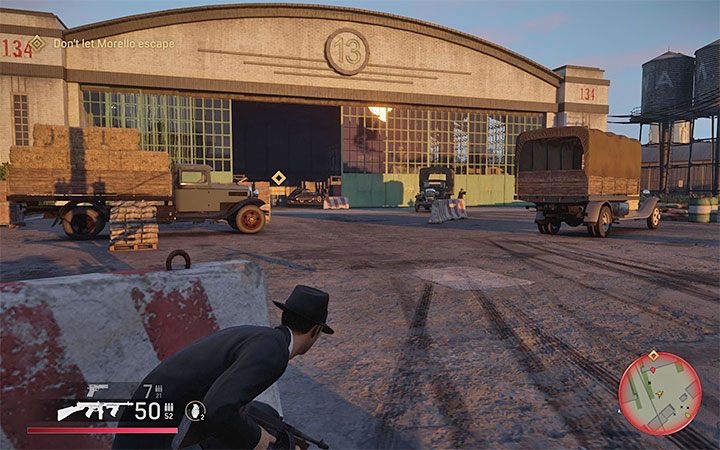 Head for hangar 13. Use a sprint to run on the tarmac and get to behind a cover. Try to blow up vehicles parked here with grenades, especially since you won't need grenades later. 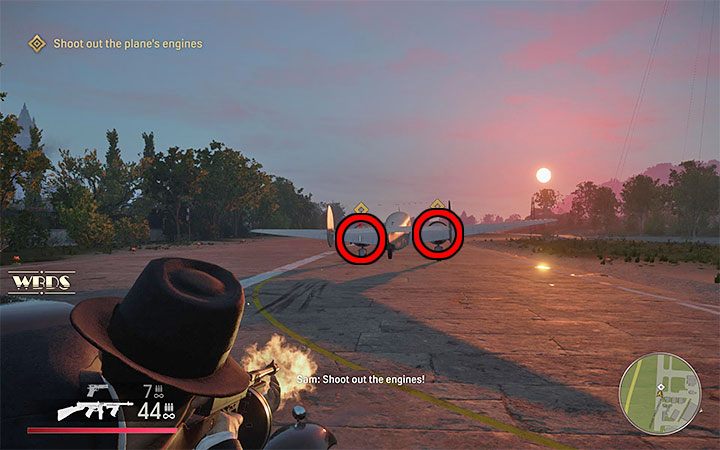 After moving the gate, the heroes discover that Morello wants to escape by plane. Get in the car using the passenger door  Tommy won't be driving the vehicle yet.

After watching the cut-scenes, start shooting at the plane's two engines. In each case, keep firing until the engine is completely damaged  when the yellow icon above it disappears. 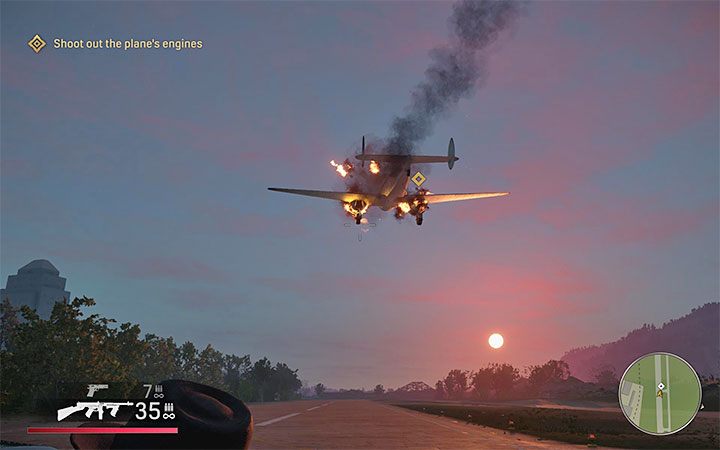 Don't worry when the plane starts to take off. You have time to pass that mission goal until it reaches the end of the runway. Continue shooting at the engines. Keep shooting until the magazine runs out of bullets  you have unlimited ammo. 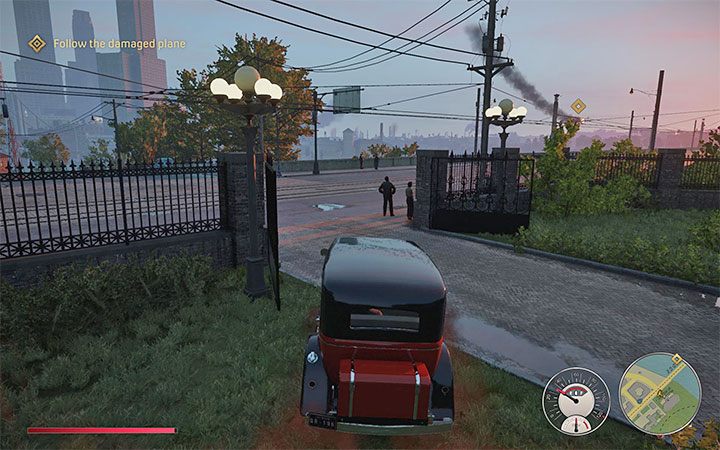 In the final part of the mission, Tommy will take control of the car. You need to focus on flawless driving to avoid any collisions  be careful especially when driving through the gate from the picture.

The plane will fly over the city's main streets  this helps a lot in determining where you need to turn next. 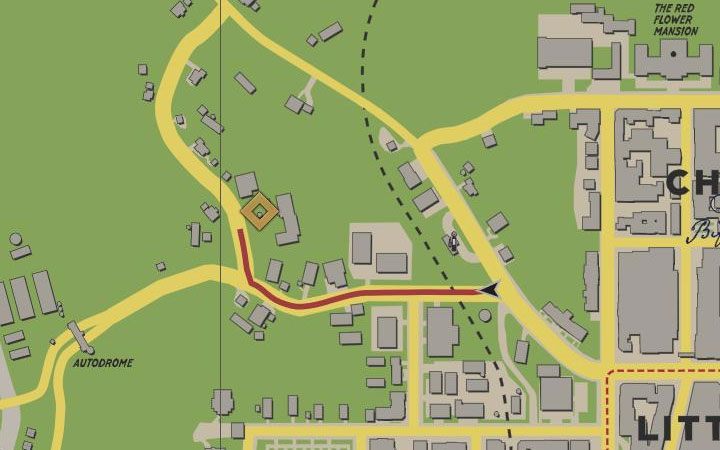 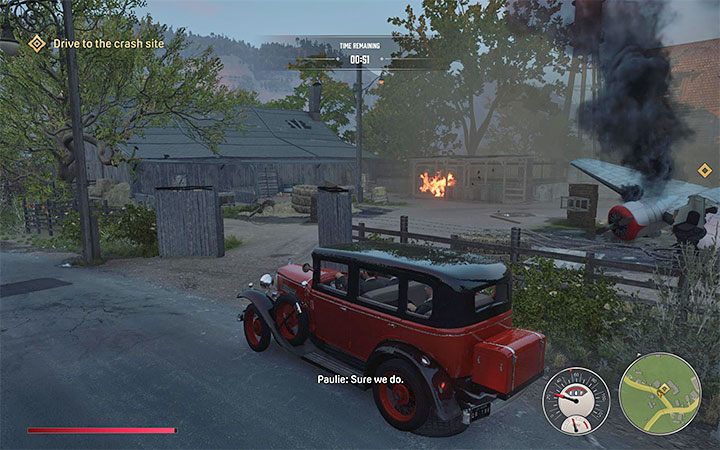 The plane should crash in the place shown in the images above. You have one minute to reach the crashed plane. If you haven't made any mistakes while driving, you will only need a few seconds to get there. Reaching the wreckage of the plane will trigger cut-scenes ending the mission.