This game guide to Mafia 1 Remake is a compendium of knowledge about the new version of the very popular gangster video game in which you can take part in various mob battles and interesting crime stories. By using the information prepared in our guide you will be able to complete all missions, find 100% of secrets, earn a platinum trophy, and get a closer look at the most important gameplay mechanics.

The first major chapter of our guide to Mafia Definitive Edition is a complete walkthrough that describes all basic elements of the game. This chapter contains beginner's guide and tips - we have prepared valuable tips and hints on a variety of topics. In addition, we have comprehensively described such features as combat and stealth, map exploration, how to complete missions, and how to steal vehicles. Our guide includes a separate FAQ section that provides answers to frequently asked questions. Read our FAQ to find out, among other things, whether Mafia Final Edition is a full-fledged remake, how to heal your hero, how to avoid the police, whether you can repair cars, how to get a motorcycle, and how to win a race in the Fairplay mission.

The second chapter of the guide contains a detailed walkthrough of Mafia Definitive Edition story campaign. Our walkthrough contains a description of all main story missions, that is, missions which were based on the tasks from the original version of Mafia 1 and were required to complete the main story of the game. In addition, we have prepared detailed walkthrough of side missions that are a brand new feature in the remake. In our story walkthrough we have focused on describing the most problematic objectives of every mission, including how to win every battle and lose a police chase.

The last major chapter of the guide is the world map, in which you can find a completely new map of the in-game world. Some areas of the Lost Heaven city in the Mafia 1 Remake are slightly different from those which we have seen in the original version of the game. In the world map of our guide, we have included information about the most important locations and indicated how to collect all secrets in the game – you can find such collectibles as Puls magazines, Comics, Cigarette Cards and Post Cards.

This game guide to Mafia 1 Remake also includes several smaller sections and chapters. First of all, we have prepared a trophy guide that should help you earn 100% of achievements and unlock the platinum trophy. Secondly, you can find out how long it takes to complete the main story campaign of Mafia Definitive Edition, as well as get information on the controls and keybinds and system requirements of the remake.

Mafia Definitive Edition is a remake of the highly acclaimed Mafia The City of Lost Heaven mob video game from 2002. The game's action is set in the 1930s and takes the player to the fictional American city of Lost Heaven. We play the character of Tommy Angelo and observe his transformation from a legally working taxi driver into a member of one of the most influential gangster families. The remake of Mafia 1 does not change the main storyline in comparison to the original, but in addition to an entirely new visuals, it introduces many enhancements, modifications and new gameplay features. As a result, Mafia Definitive Edition may be interesting to even those players who have already completed the original version of Mafia 1 many times.

Below are some starting tips useful for those playing the game for the first time. More hints for Mafia 1 Remake on the Beginner's Guide page.

Below you can find a list of all 20 main missions in Mafia Definitive Edition. Each of them is described in great detail in the Walkthrough chapter. You have to do them all to complete the game's main storyline.

The list below contains side missions/challenges found in Mafia Definitive Edition. They can only be done in the Free Ride mode. A walkthrough for each of these missions can be found on a separate page of the guide. You start them by reaching the ringing phone booths.

All secrets and collectibles

Our Mafia Definitive Edition guide has useful information about the important locations and collectibles – you will be able to get 100% of secrets and unlock trophies associated with collectibles.

The FAQ section of our guide offers support in solving the most common problems and help you understand some important gameplay mechanics.

Here are the minimum requirements for the remake of Mafia The City of Lost Heaven:

Is Mafia Definitive Edition a remake or a remaster?

Mafia Definitive Edition is a remake of Mafia The City of Lost Heaven released in 2002. It was prepared entirely from scratch, although of course, it has many elements shared with the original.

For more information about the differences and similarities between the remake and the original version of Mafia 1, see the Remake – How is it different from the original? page.

Swimming - can the main character swim? 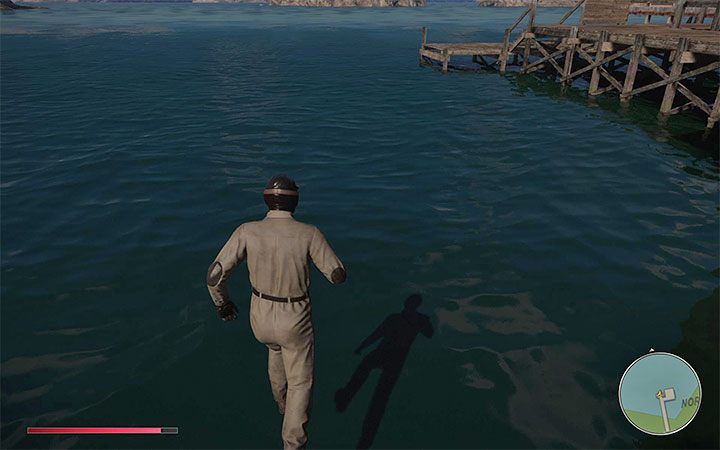 World map - is it unlocked right away? 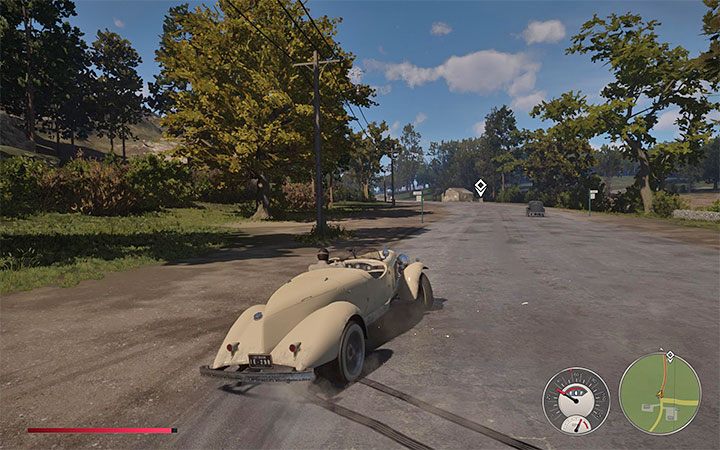 Yes, but a free exploration of the game world is only possible if a mission allows it. Some main missions force you to perform certain actions (e.g. chase or attack other characters) or stay in a specific part of the map.

Fortunately, you can unlock the Free Ride mode pretty quickly – we described it on one of our guide pages. It allows, as the name suggests, to travel around the game world without restrictions and engage in a variety of optional activities.

Note – Certain locations associated with missions (e.g. the farm from A Trip to the Country or the art gallery from The Death of Art mission) cannot be accessed during free exploration. The only way to visit them again is to repeat the related missions.

Changing outfits – is it possible? 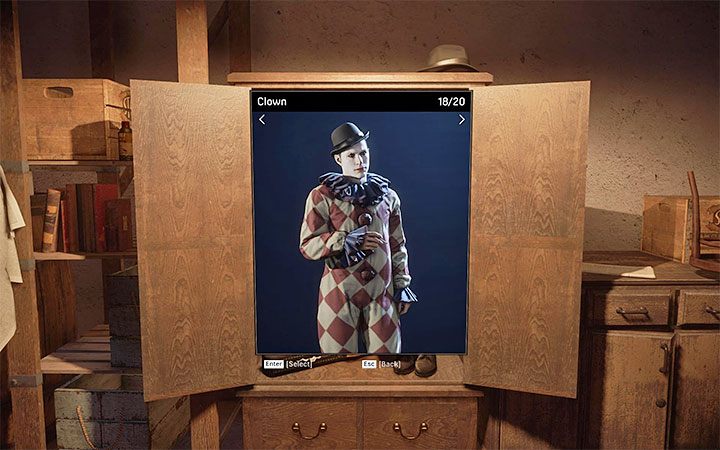 The main character's outfit is always imposed by the main missions. It may be due to the specificity of the mission and Tommy's "status" in the Salieri's gang.

The game allows you to change your clothes by interacting with the wardrobe on the upper floor of the Salieri's bar, but this is only possible in two types of situations:

For more information, check out Changing the character's appearance – is it possible page in the FAQ section of our guide. There, you will also learn about the available outfits and the requirements to unlock them. 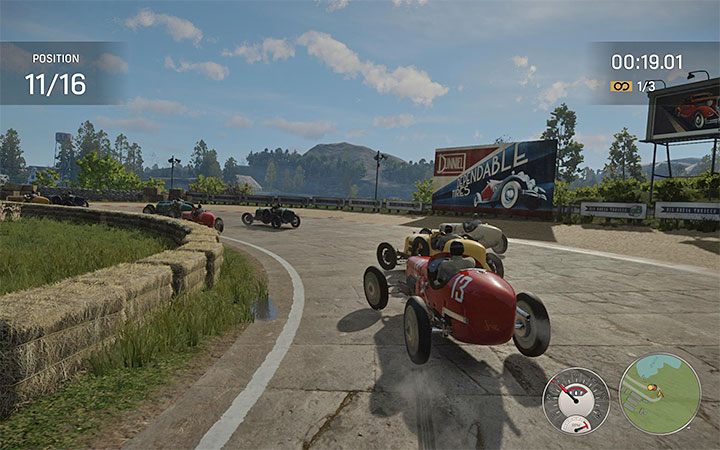 Unfortunately, Mafia Definitive Edition does not allow you to skip or lose the car race from the fifth main mission – Fairplay. This is justified in the plot – even before the race begins, you learn that Don Salieri has bet big money on the victory of a vehicle driven by Tommy.

If you're having trouble winning a race, then:

Don't like games with the story spread over 50 hours? Hate side quests that distract you from history? So we have prepared a list of new productions, which can be completed in under 10 hours!

How Historically Accurate Mafia Is? We analyze the Definitive Edition

The plot of Mafia: Definitive Edition is not grounded in facts as much as GTA: San Andreas, but it strongly alludes to several authentic events and well-known films. We checked how much truth about the American Mafia is contained in the Czech Mafia.

The dry spell of the summer ends in September – we will see the debuts of many anticipayed hits such as Mafia: Definitive Edition, Marvel's Avengers or early access of Baldur's Gate 3.

Should We Believe the Leaks? We Analyze Which Rumors Checked Out

"GTA 6 will be set in Texas" – the headline yells, and we wonder if we should believe it or not. We've been going through the leaks and rumors of recent years to see if they're worth believing.