On this page of our game guide to Mafia Definitive Edition, you can find a description of mission 11 - Visiting Rich People. The following walkthrough suggests, among other things, how to sneak into the prosecutor's property, where to find prosecutor's safe, how to get out of the mansion and how to escape the police. 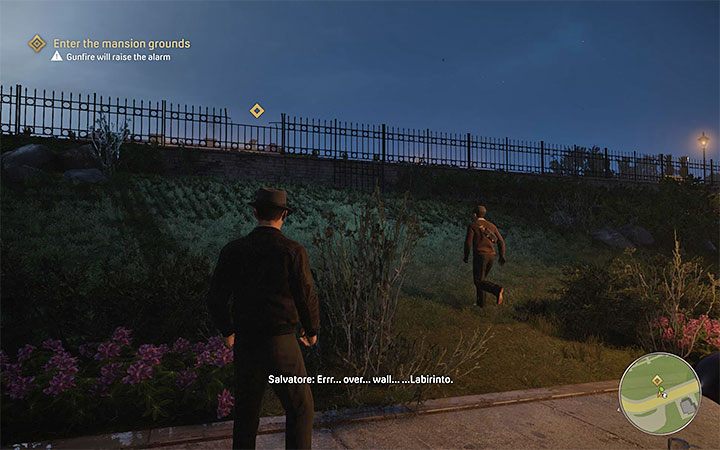 Set off with Salvatore towards the Beech Hill neighborhood where the prosecutor's villa is located. On your way to the mission destination try to avoid any potential problems with the law  don't drive too fast and don't collide with any vehicles or civilians.

Park your car on the street in front of the property and climb up a damaged section of the fence to get into the property.

Take out the guards 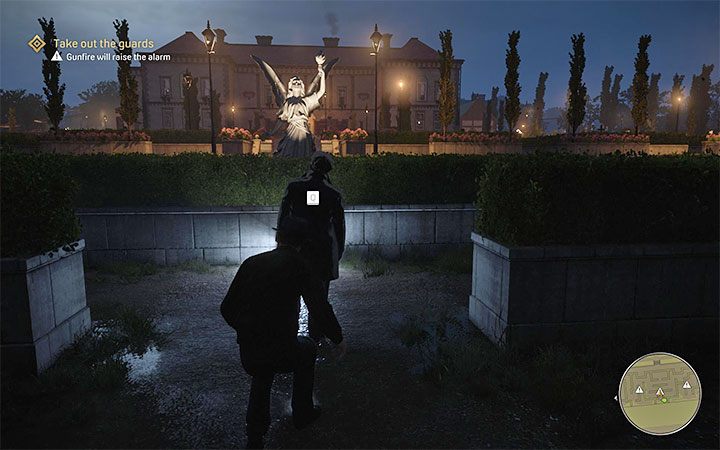 The grounds of the estate are patrolled by six guards and in order to successfully complete this mission you must avoid being detected. Use stealth mode.

Start by eliminating three enemies guarding the maze where you began exploring the mansion grounds. Sneak up on them from behind and eliminate them with surprise attacks. A mini-map can be helpful here for locating guards and for finding the right passageways in the maze more quickly. 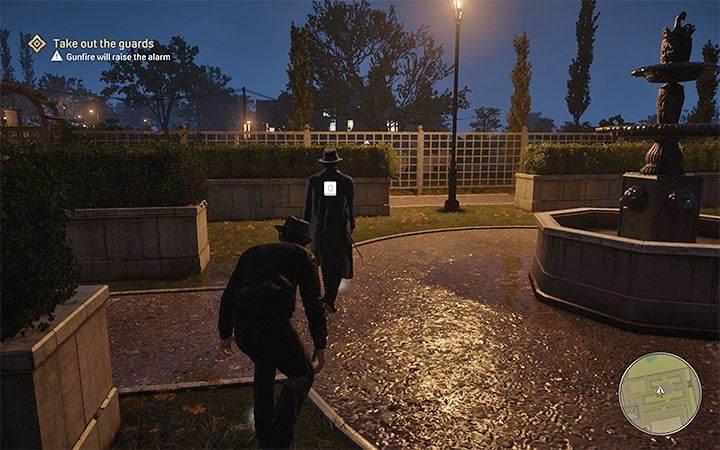 Choose one of the side exits from the maze and head towards the upper part of the gardens. Three more people are guarding the area. First of all, deal with guards standing closer to the entrance of the building. Then, take out a single opponent who patrols the area by walking in a straight line along the maze.

Find Salvatore and break into the mansion 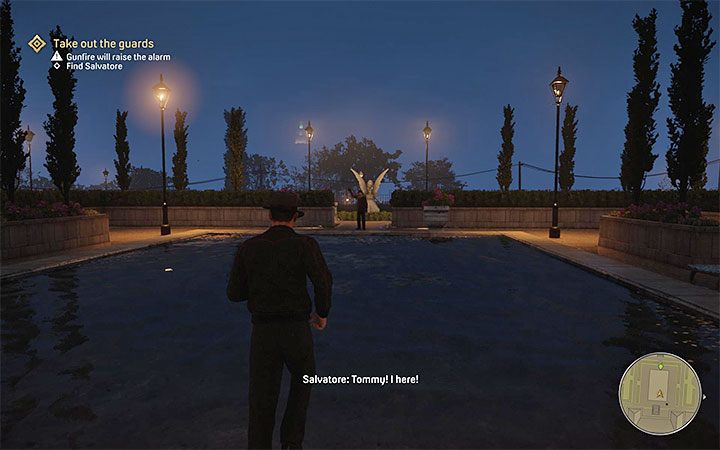 Finding Salvatore is simple  explore several areas marked by icons on the mini-map. Then, the man will appear by the pool outside the main entrance to the property.

Head for the entrance to the building. After listening to Salvatore's comment break the door with a kick. 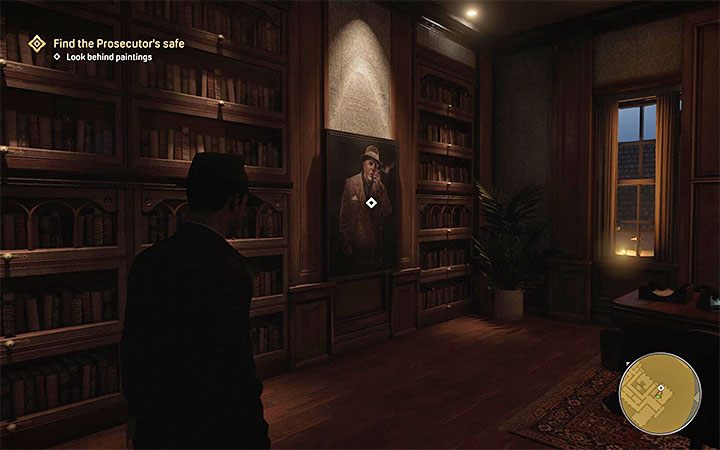 Exploring the whole property is entirely optional. However, you can find here, among other things, a few collectibles. The heroes can come across a maid, but you don't have to kill her.

In order to find the right painting, go to the first floor and locate the room shown in the screenshot. The safe is hidden behind a large painting in the study. 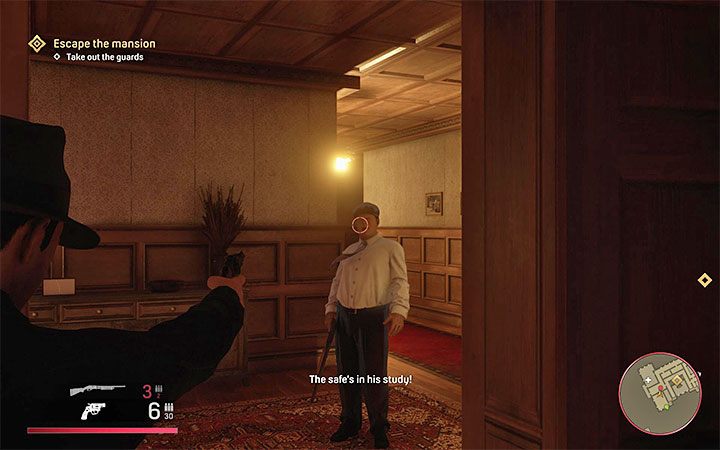 Watch out for the lone gunman who will appear in the hallway  shoot him before he has a chance to attack you.

Return to the stairs and attack the first opponents that have spawned below. Rely on your higher position - this is your advantage. Don't let anyone get to the upper floor. You can also find a first aid station in the area if you need it. 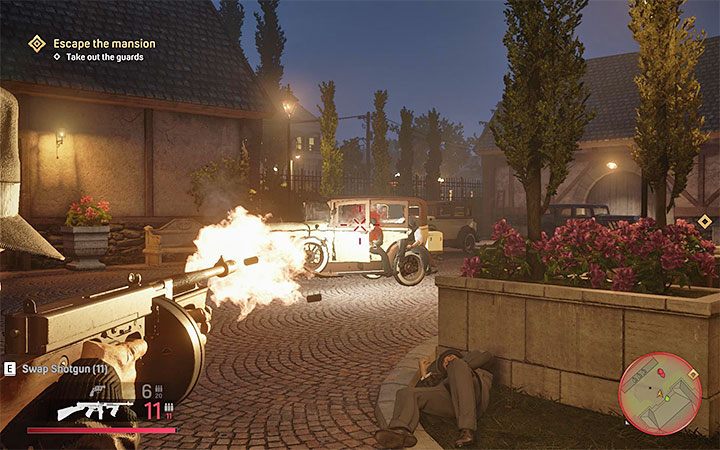 Approach the main exit of the property and attack other security guards. Look for opportunities to take pick up a better weapon from at least one of your opponents. It will make it easier for you to keep fighting.

Be ready to shoot at all new bandits who will arrive at this place in vehicles. Try to hurt them or kill them before they get out of the cars. 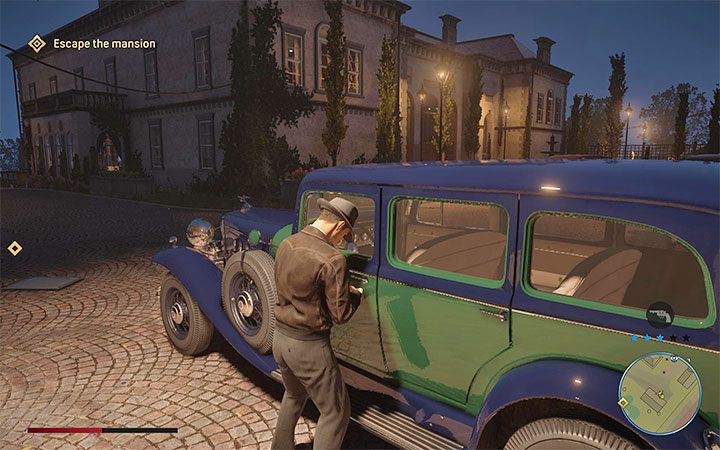 You don't have to leave the estate on your own. Steal any of the vehicles parked in the area and wait for Salvatore to get inside. Head towards the gate of the estate and pass the first police car on the way. 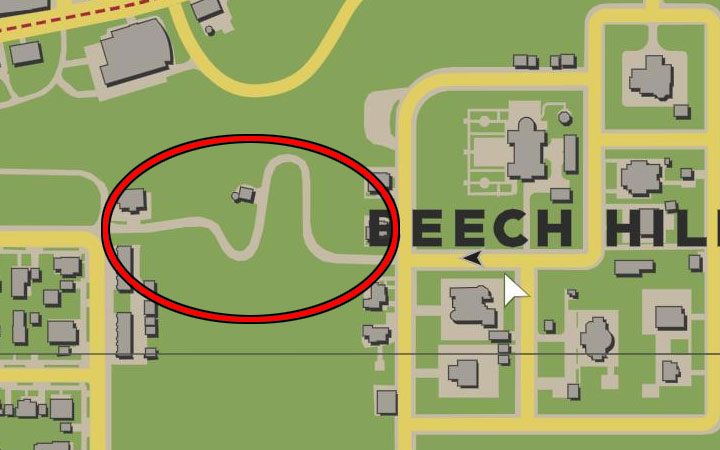 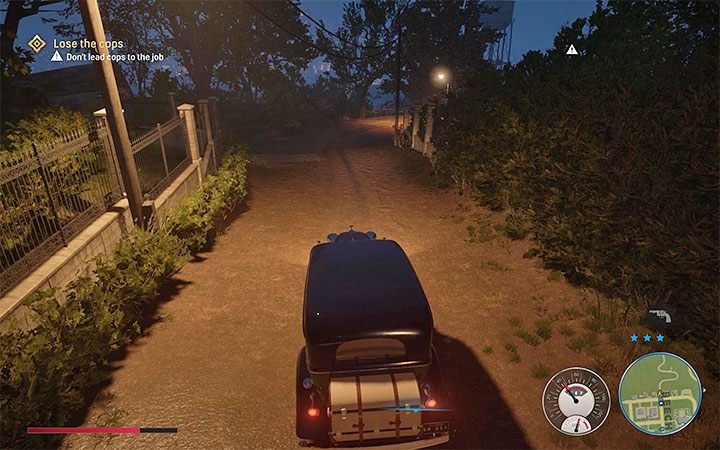 Losing the chase can be quite problematic. Your priority is to leave Beech Hill as soon as possible. The main exit roads may cause a lot of trouble of getting into skids and encountering more police cars.

After leaving the property, we recommend that you turn right and choose the narrower unpaved road shown in the picture. Police cars that are chasing our heroes will have a lot of trouble with driving on it. 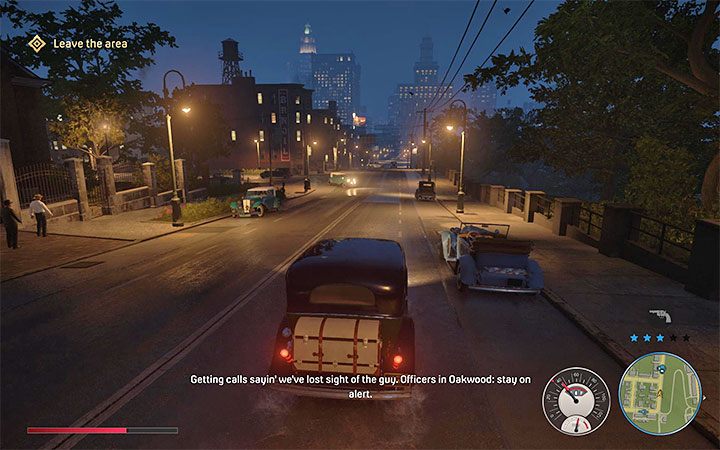 After moving away from Beech Hill, focus on fast, flawless driving. Lose the cops and avoid all police cars or police officers appearing on the mini-map until the chase is finally over.

All you have left to do is to take Salvatore to his house in the North Park neighborhood.