True Jedi Story - 45 000. It's quite difficult actually, you have to be very strict when it comes to collecting studs and careful when fighting the stormies. The key to success it to destroy all the wall sculptures, such as shown on the screenshot below. Each of them consists of 3 separate elements. To shoot the upper ones, you have to jump and aim from a distance. 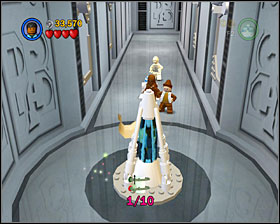 True Jedi Freeplay - 60 000. When maxing out the level I've found about 70'000 studs, and that means you don't have much to spare. Remember the walls!

Power Brick. It's above the Slave One, which stays in place in Freeplay. Just jump for it. 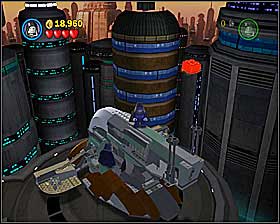