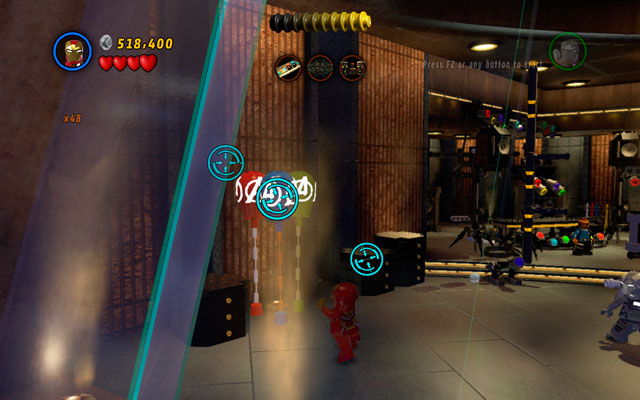 To collect the Iron Man (Heartbreaker) character token, you will have to destroy three bunches of balloons. The first one is standing between cupboards on the left side of the room. 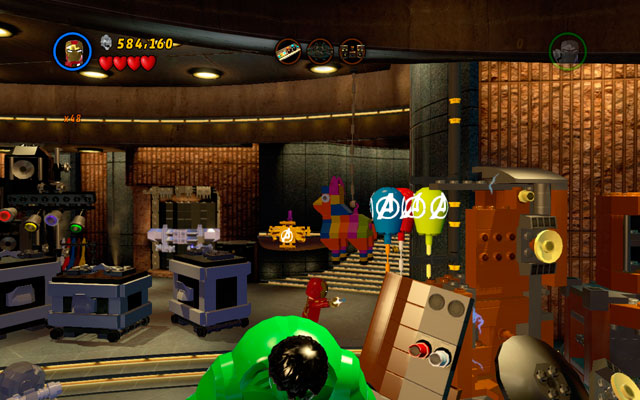 Second bunch is located behind Hulk, in the middle of the room. 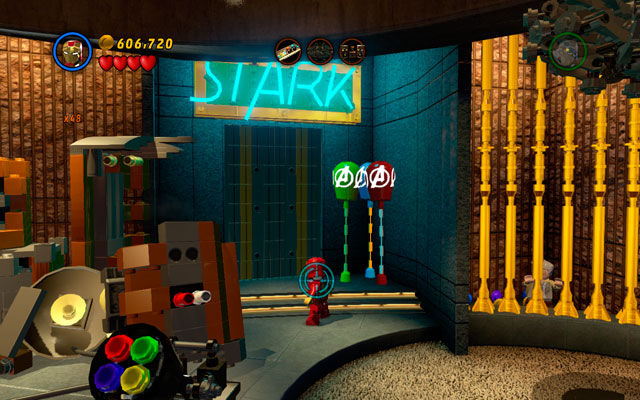 The last bunch of balloons is placed under the STARK neon, next to golden cage with Stan Lee closed inside. 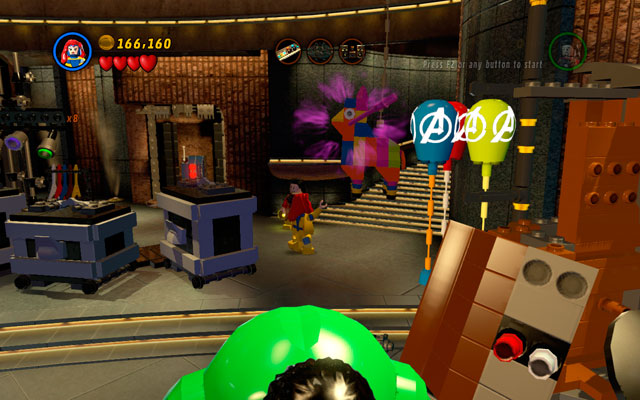 You will find the "Studs x10" Deadpool brick in the back of the room. Look for the golden statue standing near to the silver latch and destroy it. The statue will drop the purple stick. Pick it up with Jean Grey (or another character with telekinetic abilities) and smash the pinata which is hanging near to the stairs. Now you can collect studs and the Deadpool brick. 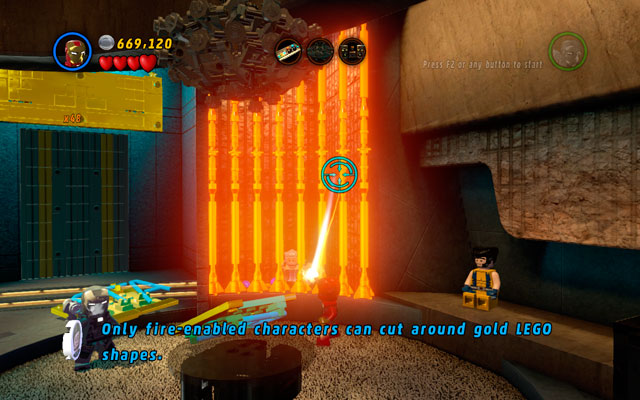 To rescue Stan Lee, walk to the right side of the room and melt the gold bars with a fire beam.