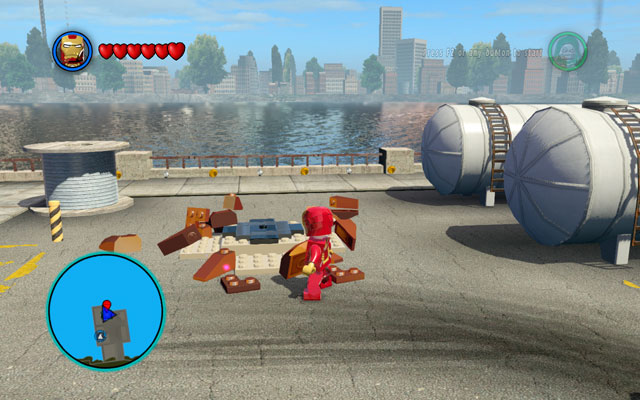 You will need 200 gold bricks to unlock this mission - if you have them, go to the Thor teleportation place. There you must find some scattered bricks - they are necessary for you to build a teleport into the land of the gods. 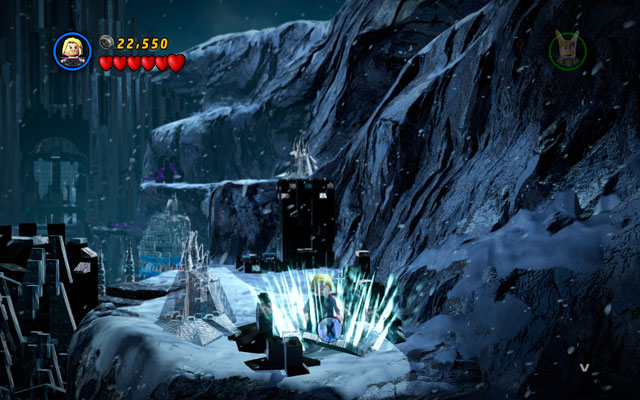 Firstly turn right and fly up with Thor, heading to the first bank. Destroy the ice tile using your hammer, then fall into the cave located below. Now find the span and pull it to make an entrance for Loki. 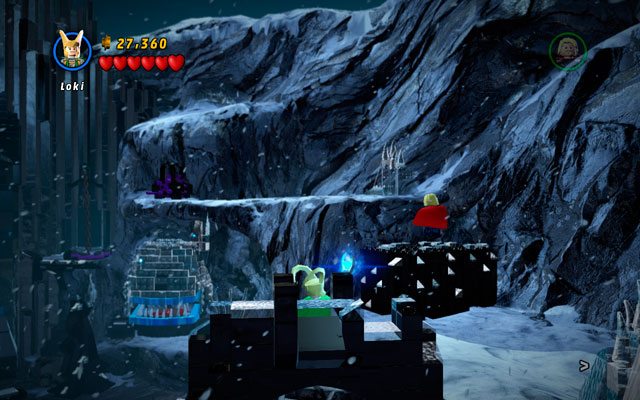 Choose Thor and fly to the dark platform placed on your right - this will raise stair steps on the left. After that switch into Loki and jump on those steps (notice that if you play with AI, computer character may go down from mechanism, so you must take care of him!). 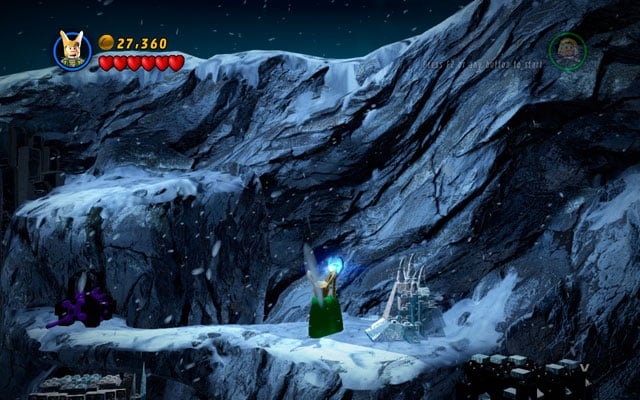 Standing on next bank, use Loki's powers to move a windlass placed on the left. In this way you will open one side of the gate. 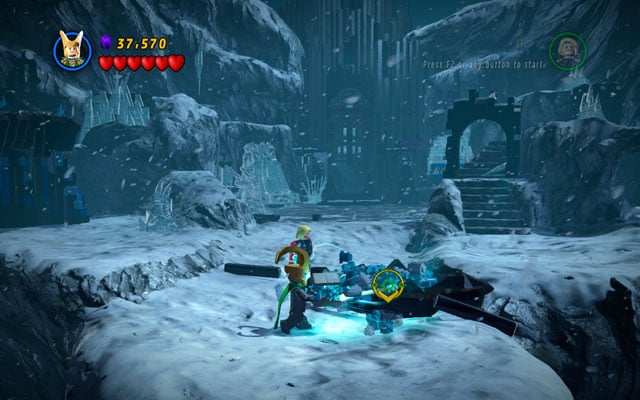 Go to the black stone, placed in the middle of the location. Destroy it, and when the pond appears, freeze it using Loki's powers. Now you can use a catapult, which was hidden in the pool. 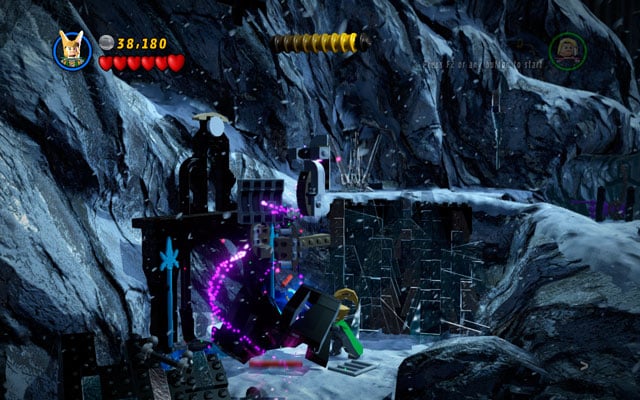 Go to the position that you have already unlocked and build a battery for Thor with Loki's powers. Now use Thor to charge this battery. 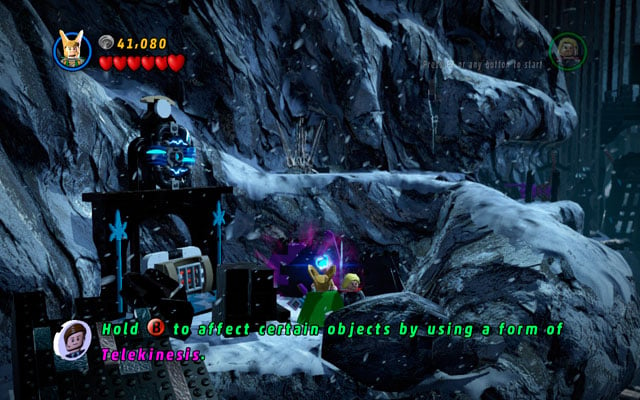 After that put the fires down, using Loki's freezing powers once again. Then break the wall, using Thor's hammer. Now build stairs from the broken pieces. 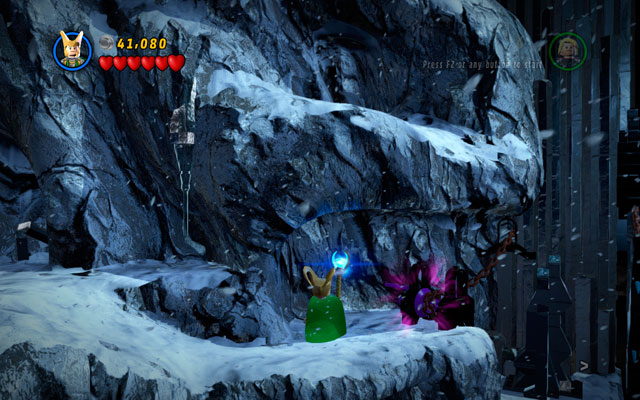 As Loki turn the windlass, which is located at the end of the bank. Then jump down and fight with Malekith. 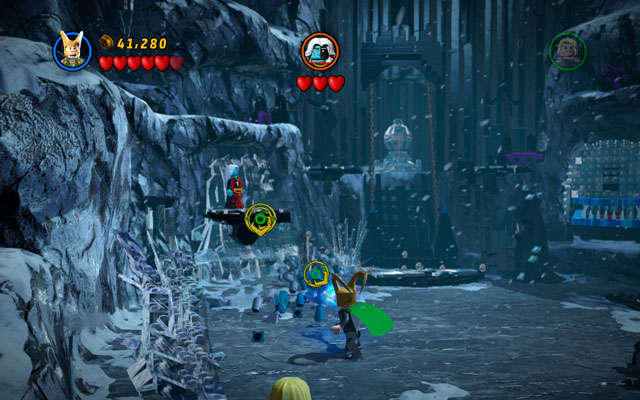 The pattern is simple - you mast shoot at the platform, on witch your enemy is standing. When the platform goes down, you can attack your arch villain. Repeat this sequence for three times, and your mission will be over. During this fight don't bother yourself with frost giants, because their number is literally infinite.