Location: Circus in the Central Park (Map of Important Locations [22]) 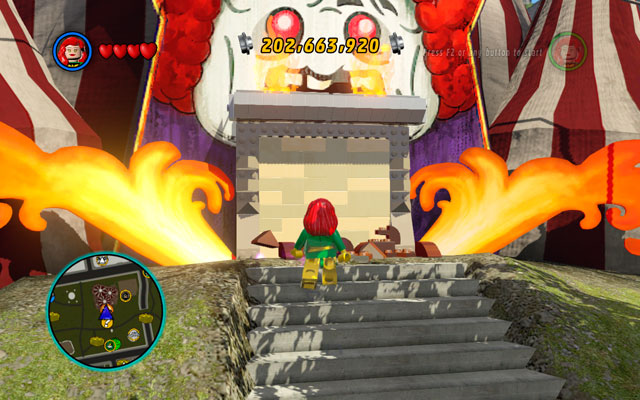 For unlock this mission you must have no less than 100 gold bricks. If you have them, you should find big Circus tent placed in the Central Park and build an entrance to get inside. 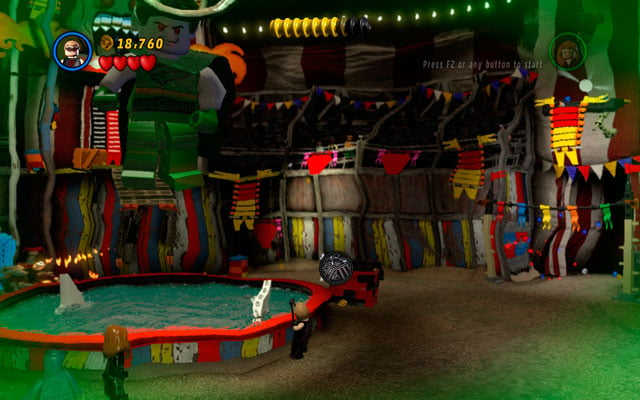 Begin this mission choosing Hawkeye, then turn right. Aim at the silver padlock placed on the box, which is standing near to the shark-infested pool. After that action, terrifying Nightmare will appear - now you must punch him and wait for a course of events. 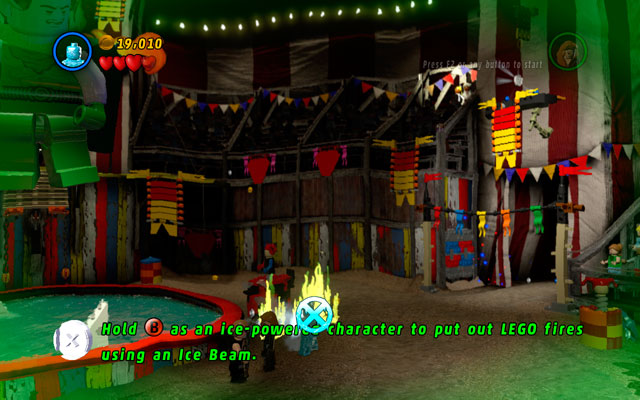 As Iceman you must use your ice beam ability to put out all fires. Then build a fishing pool and wait, until it gets filled with water - then freeze it. Now you can create a ramp for Ghost Rider, so he could attack Nightmare. Give him few seconds and turn on the left side of the circus. 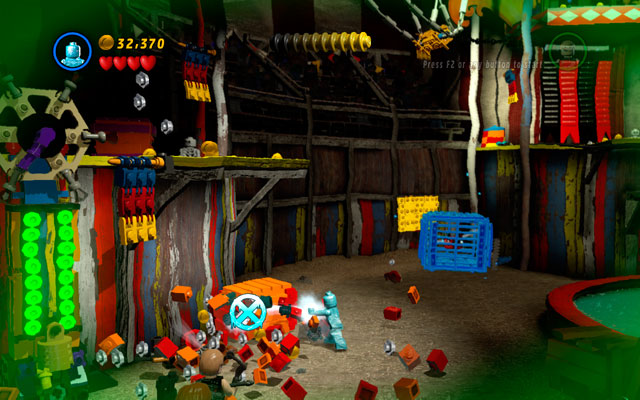 Find orange cartons and destroy them with an ice beam. From the debris you can build self-destructing device. When it explodes, new bricks will appear. Use them to construct a trampoline to the upper platform and jump on it. 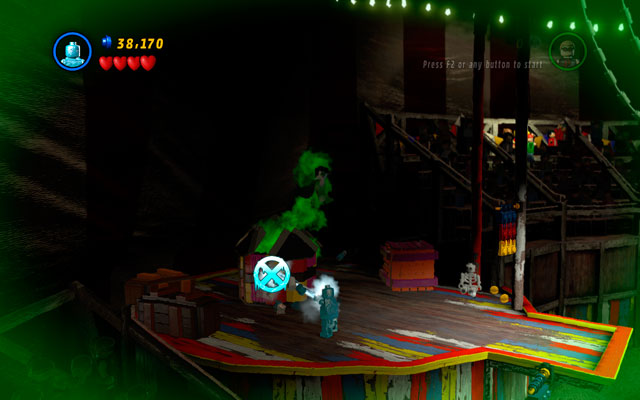 Go to the box in which Nightmare is hidden. Smash it and - when your enemy appears - hit him one more time. Then put out the Nightmare's fires, so you could use bricks to create a new ramp for Ghost Rider. 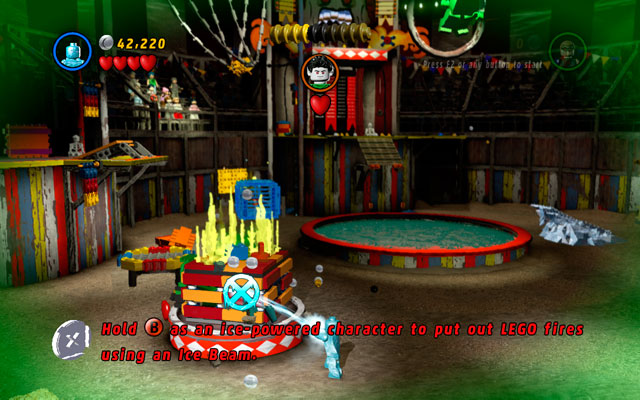 Now jump down and find a big colored box standing near to the pool. Put out all the fires burning on the box and build an attachable points for Hawkeye to yank. Shoot an arrow at it - this will open the crate, so green car with Nightmare could appear on the stage. Your task is to hit the car until it crashes. 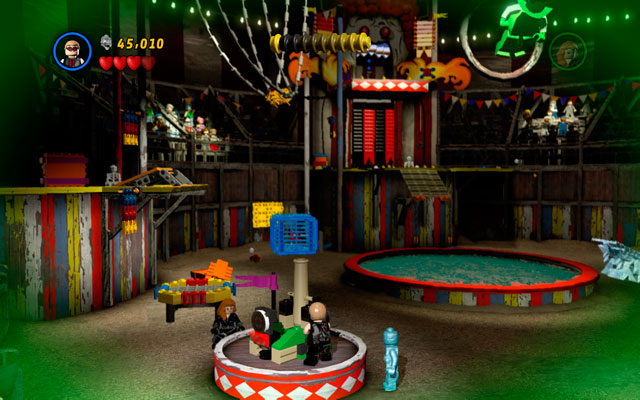 After you destroy Nightmare's car, new bricks will appear. Use them to build a cannon and use it to fire at the far wall. Go to that wall and shoot an arrow at attachable points as Hawkeye. Now use them to create a path up to the next platform. 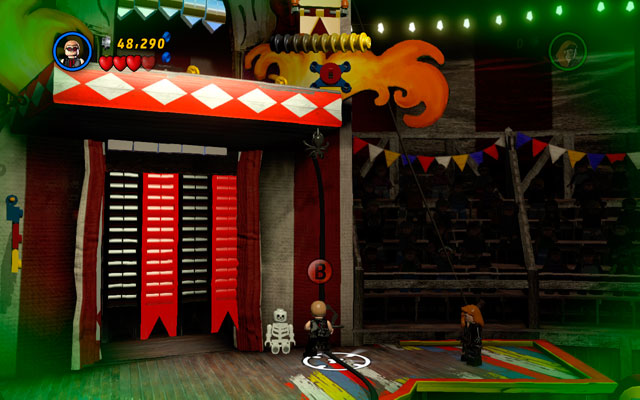 Go upstairs, then aim Hawkeye's weapon at the attachable point above - this will create a path up for you and your friend. Climb on the top of the tower, then choose Hawkeye's weapon to shoot an arrow at monster's silver teeth. When they disappear, jump on the pump standing in front of you, making the last ramp for Ghost Rider. 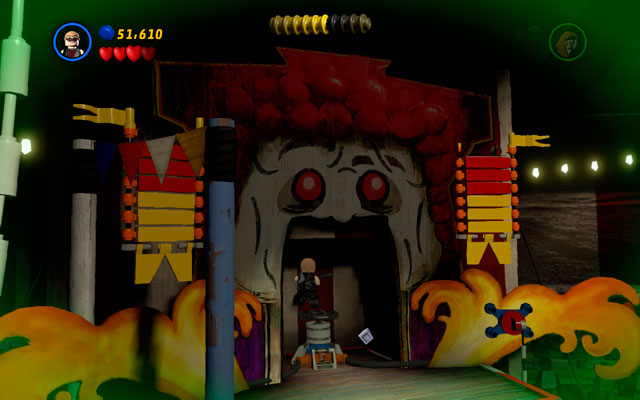 In the final part of this mission jump down to Nightmare and punch him for the last time.