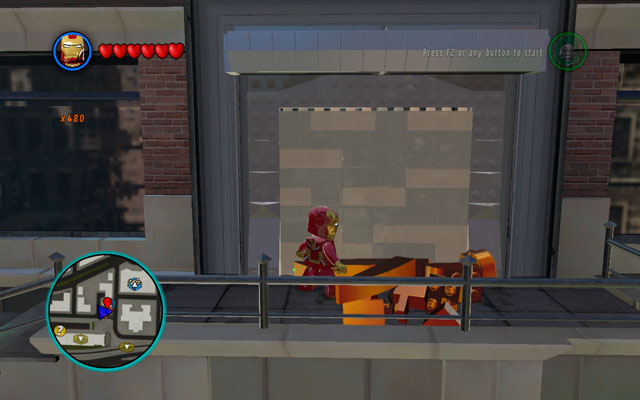 This mission is located at Fogwell's Gym. You may start it only if you have collected 75 gold bricks and if you have build a golden gate leading to the building. 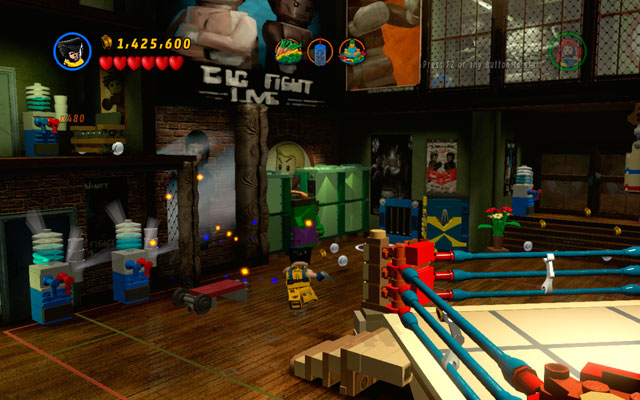 Your mission is to feed Blob - fat guy from the gym. For pass the first stage, choose Wolverine. Turn left and use your sixth sense ability. Then climb on the sticky wall located near to the water dispenser and dump all objects from the higher floor to the ground. 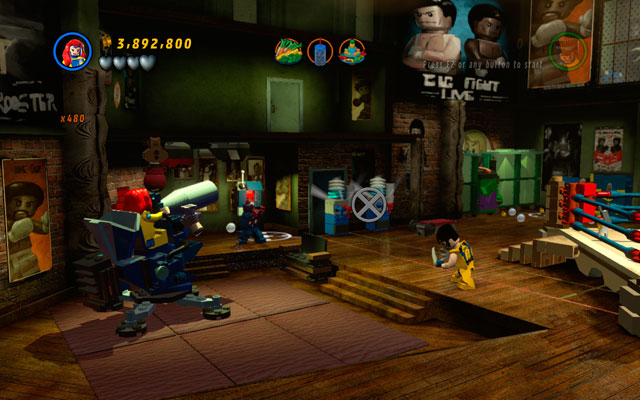 Build a water gun from the debris, then jump on it and destroy two water machines placed on the left side. From their pieces create a giant drink cup. 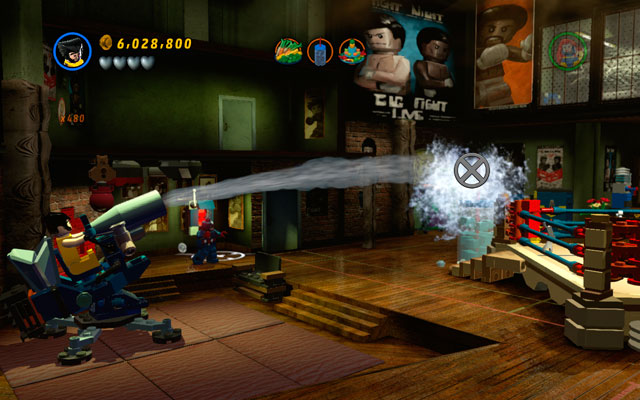 Jump on the water gun and aim your stream at the cup. Fill it up with water, then use Jean Grey's telekinetic skills to put the cup on the boxing ring. 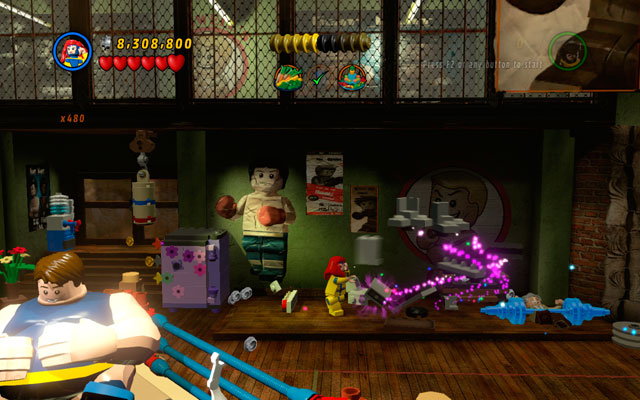 Now turn right, destroying all objects placed near to the wall. With Jean Grey's telekinetic powers use small treadmill and destroy it into pieces. Use it to build an oven, and after few seconds also a giant plate. Once again use Jean's powers and put the meal on the ring. 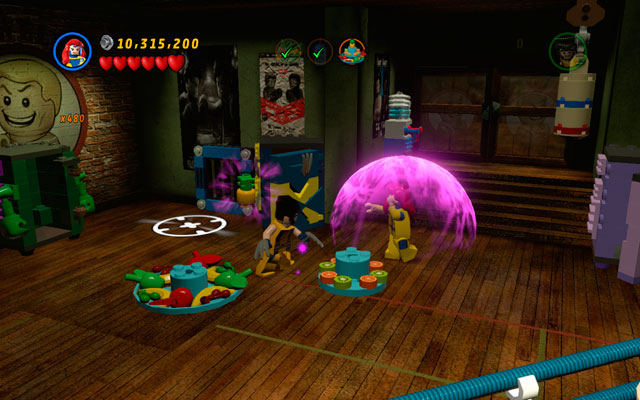 Turn left to find refrigerator and the other kitchen stuff. Smash them, scattering the food around. Then use telekinesis power to compose three plates into a pyramid shape. Finally put them on the ring for the last time. Now your task is completed.