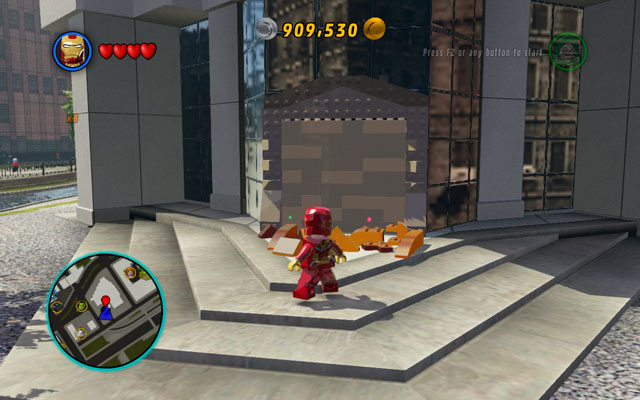 To unlock this mission, you must collect 50 gold bricks. If you have them, you may find Fisk Tower and build the golden entrance to start the level. 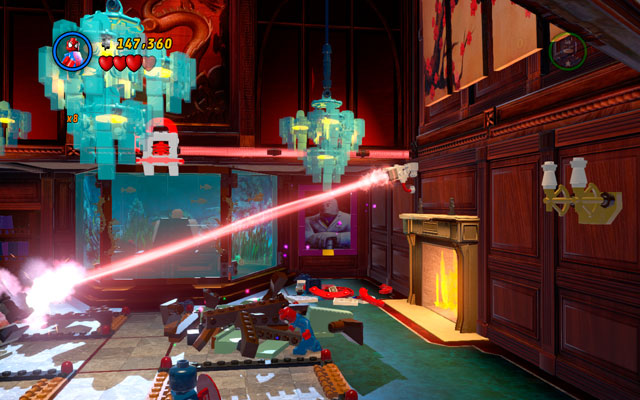 Begin this mission by destroying all objects placed on the right side of the room. Then build a billiards table from the part of the obtained bricks, and the Captain America panel from the other part. Now stand in the middle of the created structure and use your shield to cover yourself from the laser beam. 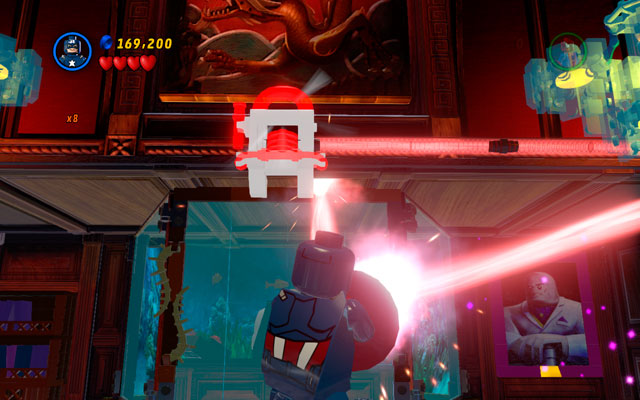 Rotate yourself to direct the laser beam on the red generator placed above the aquarium (with Kingpin hidden inside). 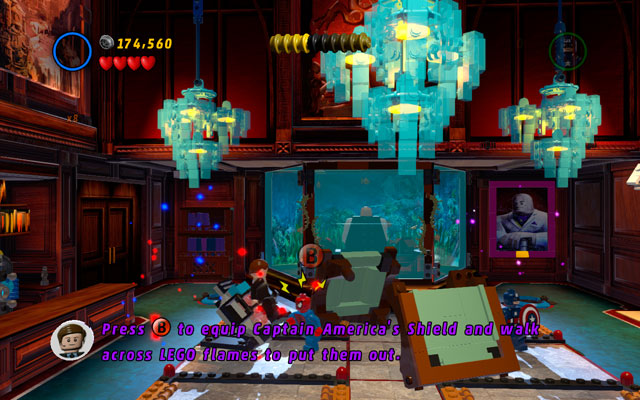 Turn left and find imprisoned man. Choose Spider-Man and use spider senses to find two attachable points for your web. Yank them to release the prisoner. 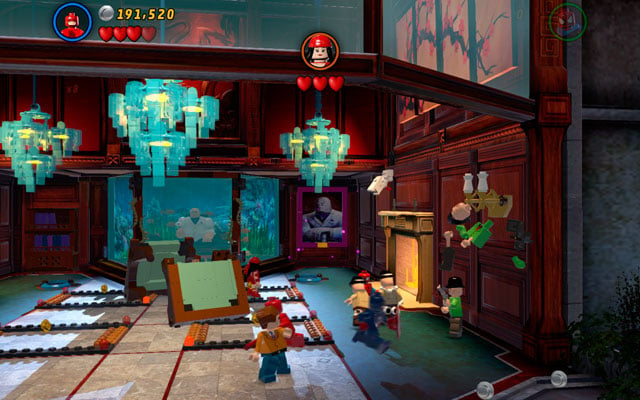 When the Daredevil appears, switch into him and confront the criminals (which will turn up endlessly) - after few seconds you will see Electra. Defeat her, avoiding all traps placed in the middle of the room. 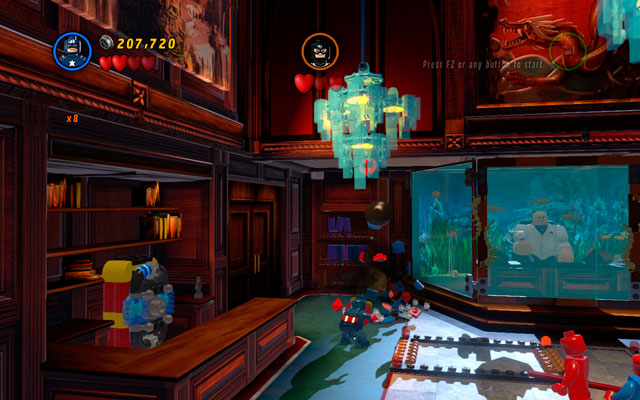 After defeating Electra, you will meet Bullseye. Choose Captain America and cover yourself with a shield, approaching to the shooting turret to ricochet the missiles, destroying the turret in that way. From the received bricks build a red handle and place it on the aquarium. Then repeat all situation on the other side of the room, overcoming your enemy for the last time. 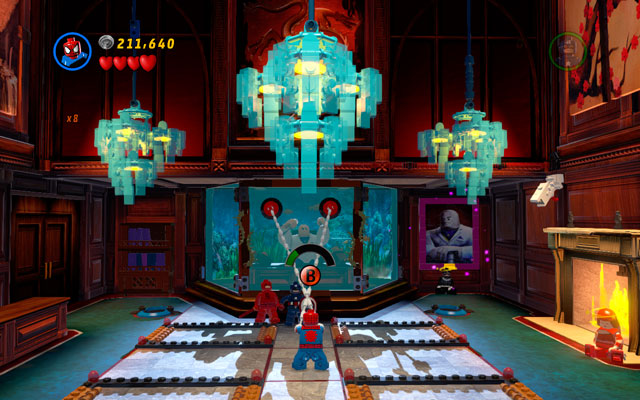 Switch into Spider-Man. Stand in the middle of the room, in front to the two attachable points, then yank them - now you're able to fight Kingpin. 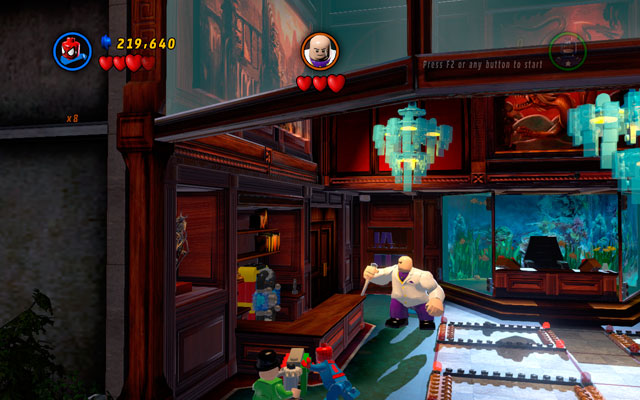 Firstly, you must find colored bricks on the left side of the room. Use them to build a push-switch. If you push hard enough, it will drop first chandelier on Kingpin's head. 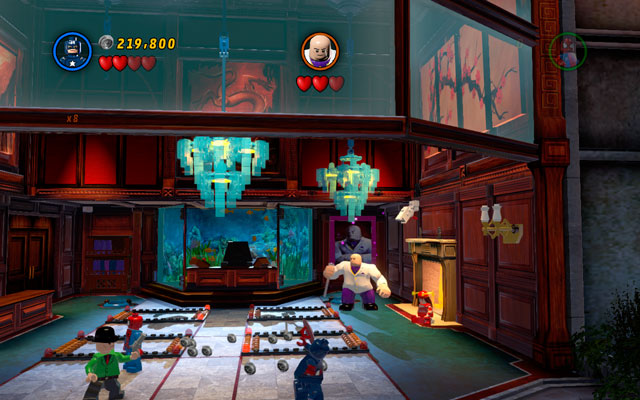 Secondly, wait until your enemy stops on the other site of the room. Toss Captain America's shield at the other chandelier. When it falls, Kingpin will have only one life left. 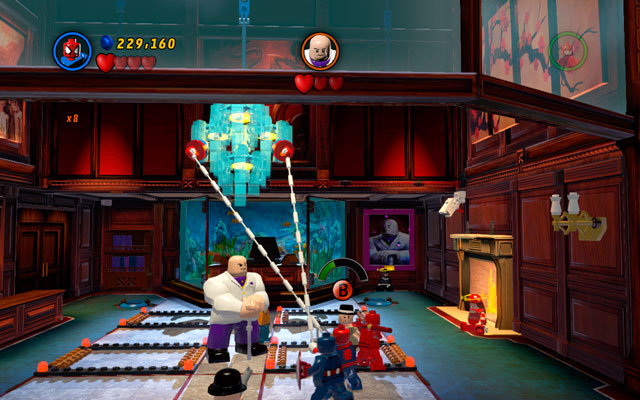 At the end, pick up Spider-Man and put him in the middle of the room. Yank two attachable points placed on the third chandelier to throw it at the enemy. This will end your mission.