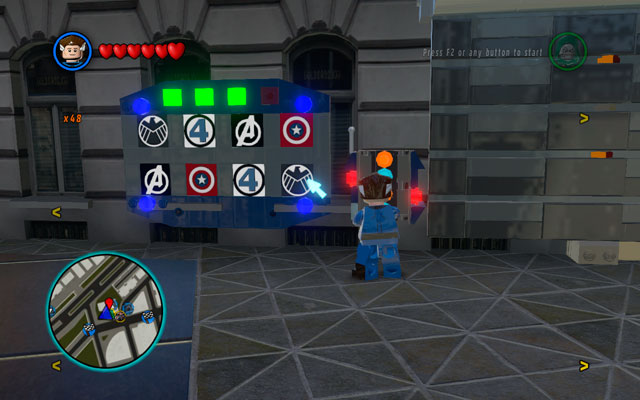 To unlock this mission you must find a Bank building in the Financial District. Choose any intelligent character (e.g. Iron Man) and use the computer standing near to the door. Solve a riddle, connecting two identical symbols (memo game). The right combination is showed on the screen above. 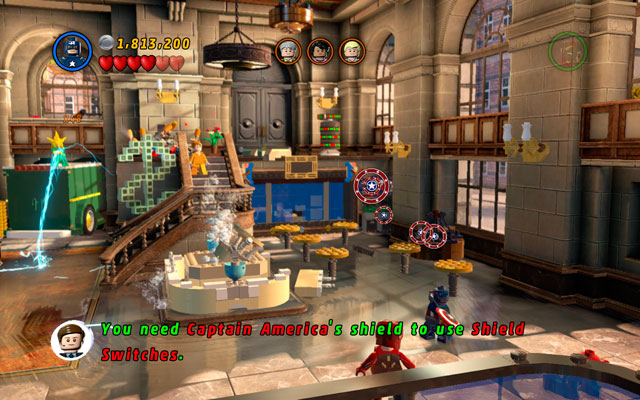 Enter the bank and choose Captain America. On the right side of the room you will find a shield switch. Toss a shield at it and jump over the water to get closer to the imprisoned banker, so you can destroy all objects which is lying around him. Now you can build a trampoline and save an innocent man. 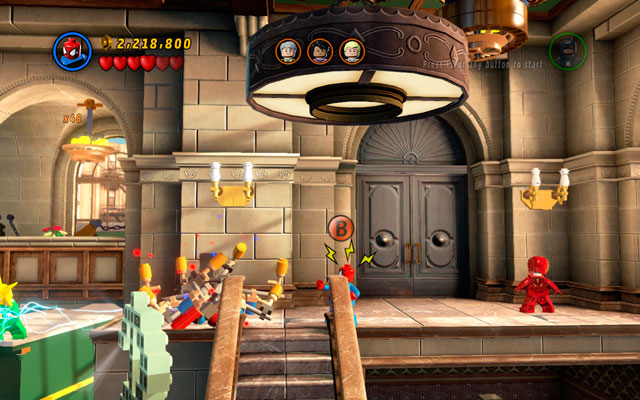 Jump on the balustrade as Spider-Man and use your spider sense to find two handles. Yank them with your web to save second hostage from the peril. 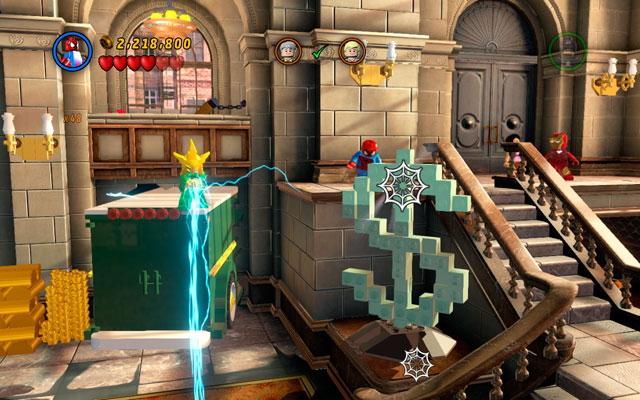 Now you must build a path for the third worker. Begin with destroying dollar symbol standing next to the stairs. Now construct the first part of the footbridge from the received bricks. 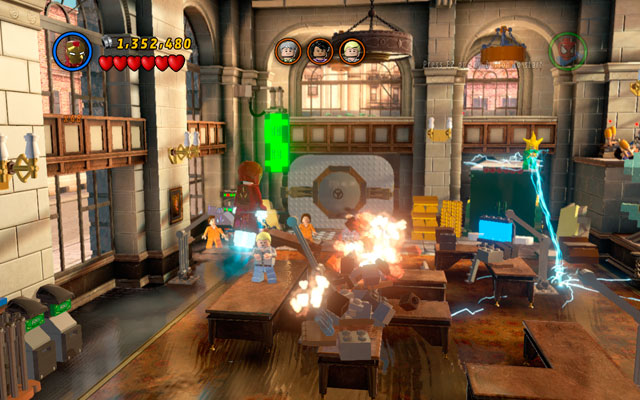 Choose Iron Man and fly to the middle of the room. Destroy all elements lying on the desks and build two another parts of the footbridge from the received bricks. In this way you will rescue third civilian. 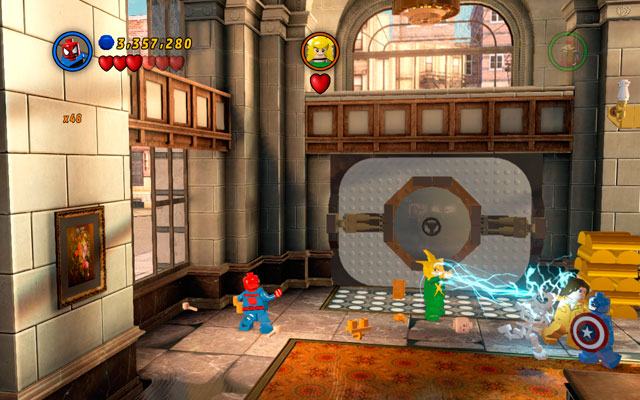 When civilians are safe, you must get to Electro. Try to hit him during melee fight - he will stun you, so you should switch into another character and hit an enemy from the behind. After that switch into Iron Man and shoot your rockets at the silver vault. In this way you will release The Shocker, who should be beaten for three times. 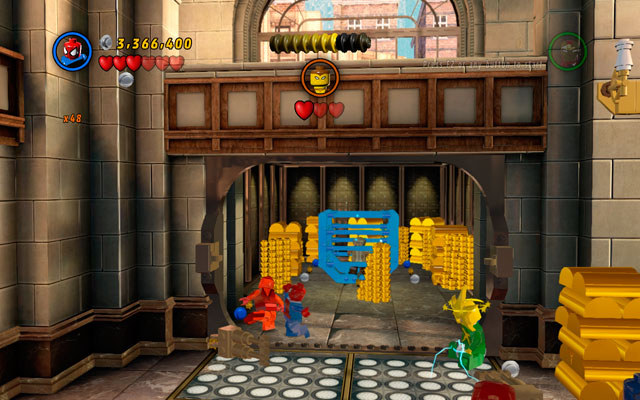 Struggle with The Shocker until he escapes to the truck - then hit him for the last time, finishing the level.