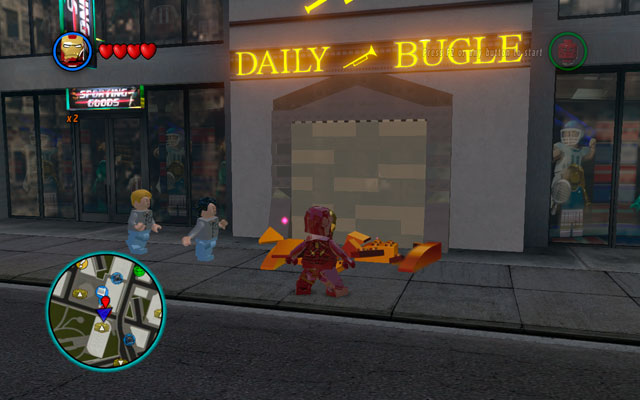 First bonus mission begins after entering to the Daily Bugle building. To get inside, you must build the gate from the bricks scattered on the street. 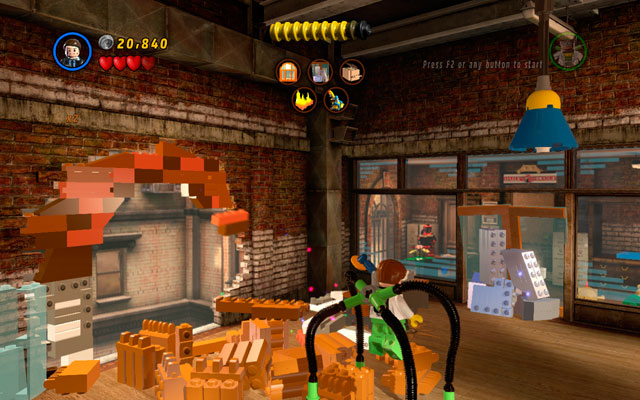 Your goal is to tidy up Daily Bugle building. Start from blowing up everything on your sight, then choose Agent Coulson and shoot his rocket launcher at the silver bricks. Destroy them and from debris construct a new door-frame.

After that, you can build a window frame from the bricks that you have already received. Approach to the orange elements, which are lying on the floor and use them to construct the window. 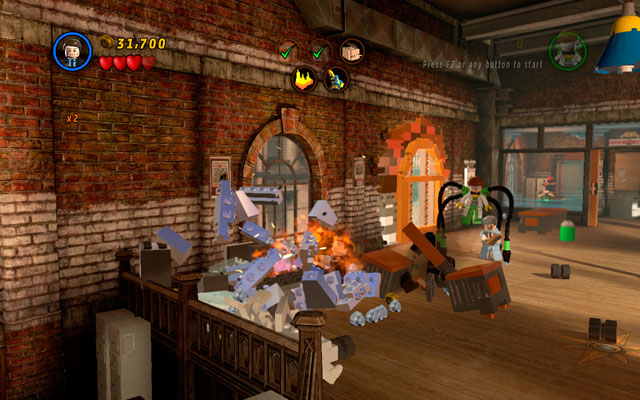 Now turn left and find a silver commode. Destroy it with Agent Coulson's rocket launcher and construct a copy machine from the debris. 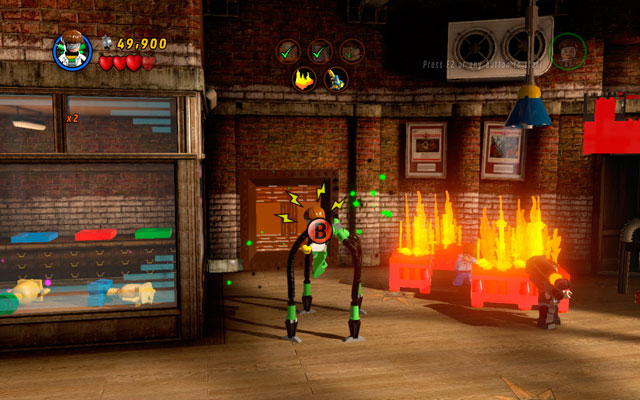 Choose Doctor Octopus and go to the central part of the room. Use sixth sense to find two handles located on the door. Pull them (with pressed attack key) and you will see a computer. 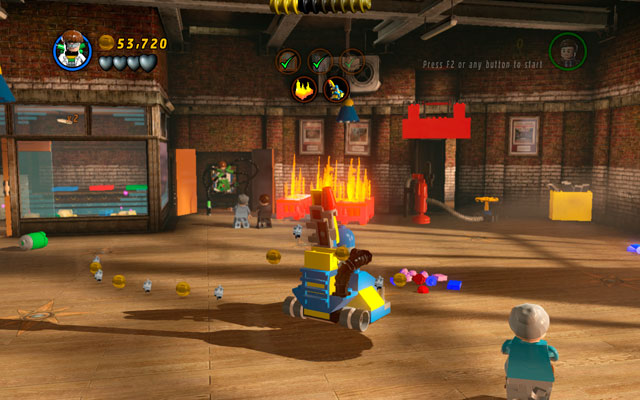 Use the computer to take control over the vacuum cleaner and clean up all three piles of garbage. 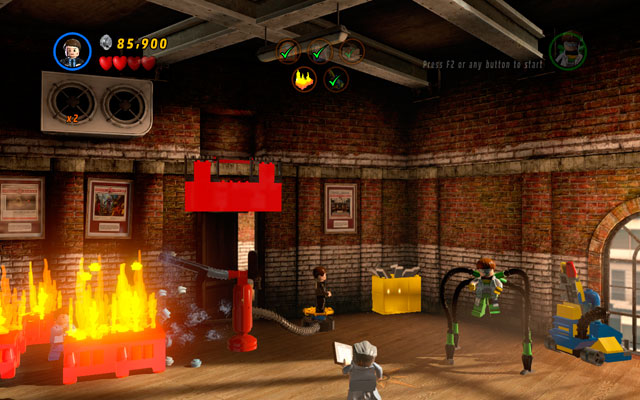 Finally, choose Agent Coulson and use his rocket launcher to destroy a silver valve placed on the right side of the room. Build a pump from the received bricks and jump on the gold valve to put out the fire.