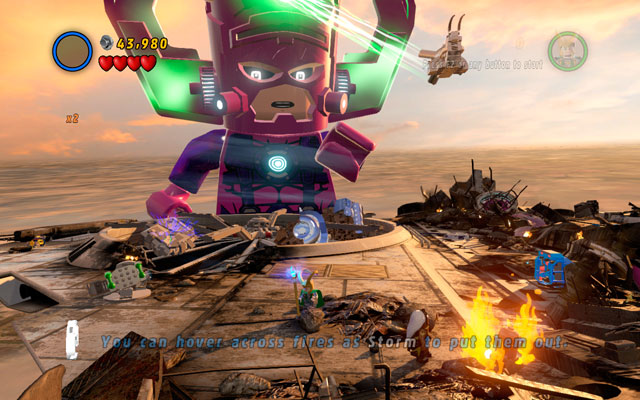 First minikit can be obtained at the beginning of the fight with Galactus. Choose a character capable to extinguish fires (e.g. Storm or Iceman) and put out all flames on the right. 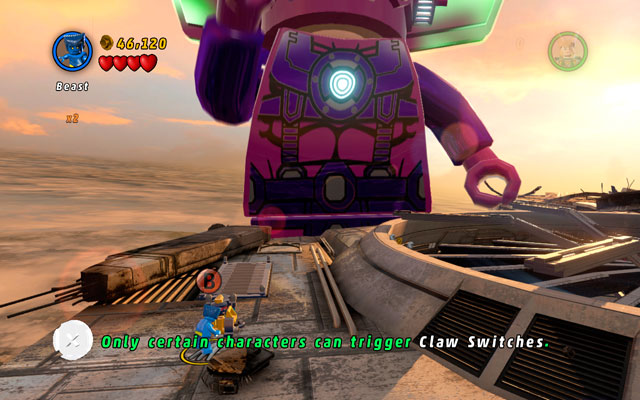 Second minikit is hidden on the left - just use a claw switch with Wolverine or The Beast. 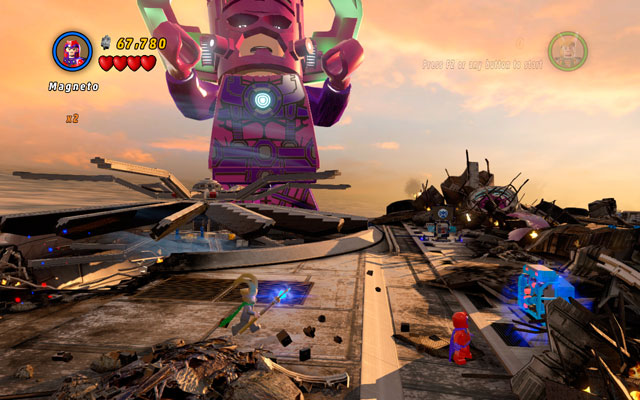 To obtain this minikit, you must break all three metal containers. Choose Magneto and turn right, looking for a target to destroy. 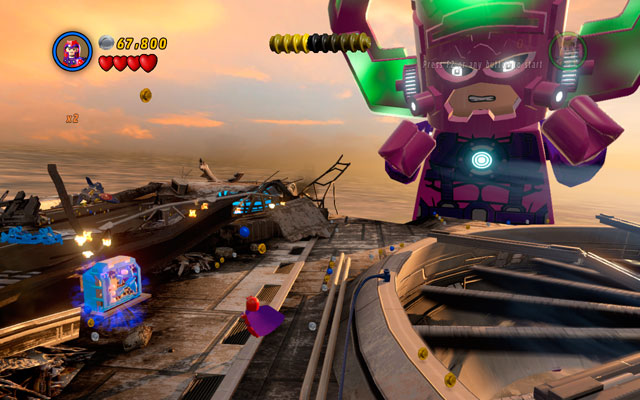 Second box is hidden on the right wing of the Helicarrier - you must fix an engine first to go there. Then you can destroy a container. 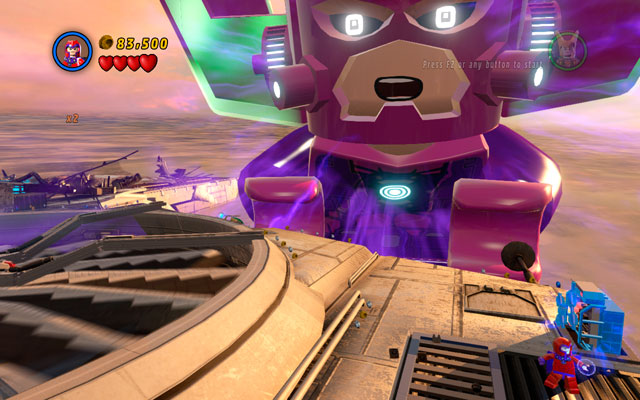 Third target is located on the same wing, on the right edge of it. 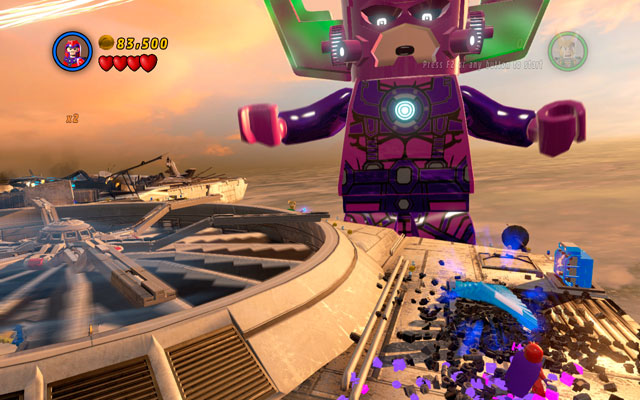 Close to the metal box mentioned above it is a metal plate attached to the wing. Break it using Magneto to uncover new minikit. 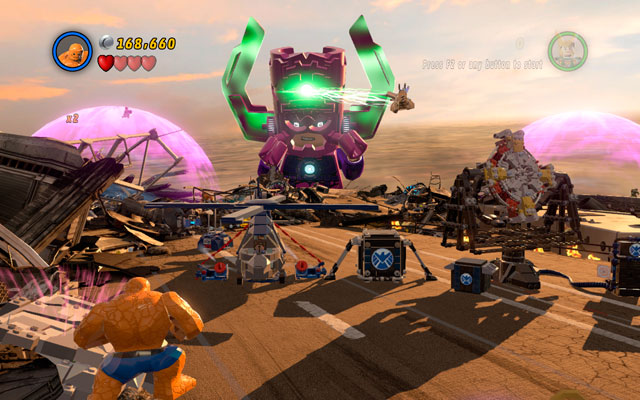 On the third wing choose a big character and destroy a pile of junk located on the left. 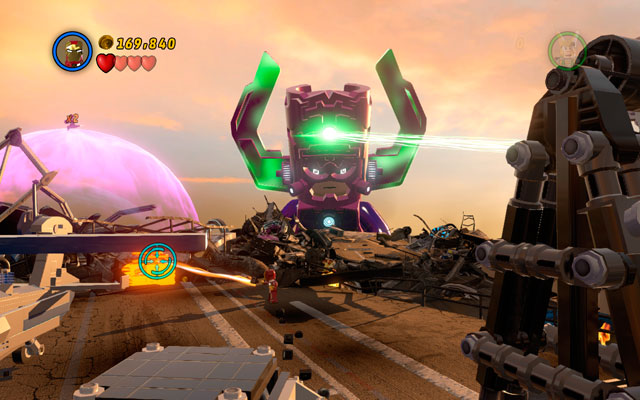 In the same location avoid S.H.I.E.L.D. Helicopter and approach to the golden plate placed next to it. Melt target using a fire beam and pick up a minikit. 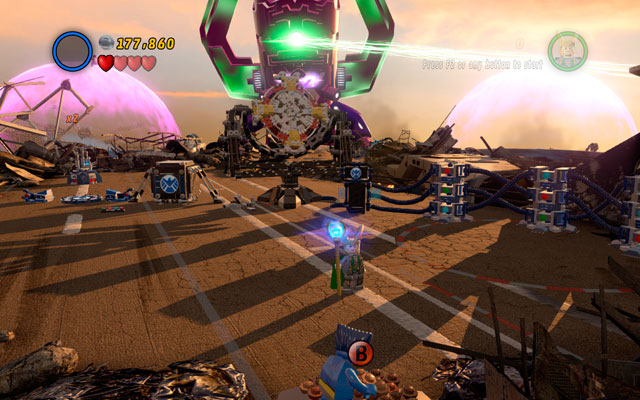 On the same wing choose The Beast or Wolverine and approach to the "surface" of your monitor/TV. Find a pile of sand and dig up some bricks from it. Then build a minikit from them. 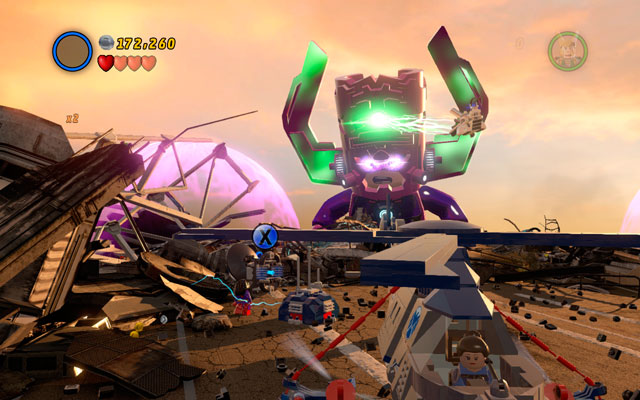 Go to the location where a golden wall was standing (you have already destroyed it - see minikit 6) and turn left. Charge battery with electricity and obtain a minikit. 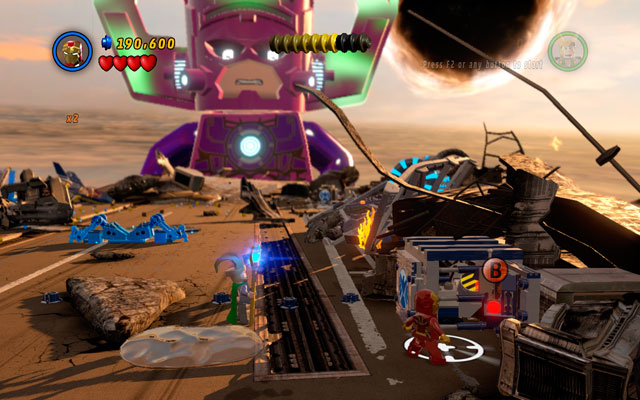 During the last sequence of the fight, choose Iron Man and approach to the computer on the right. Switch it on to take control over the digger. Clean an area from the sand to receive a minikit. 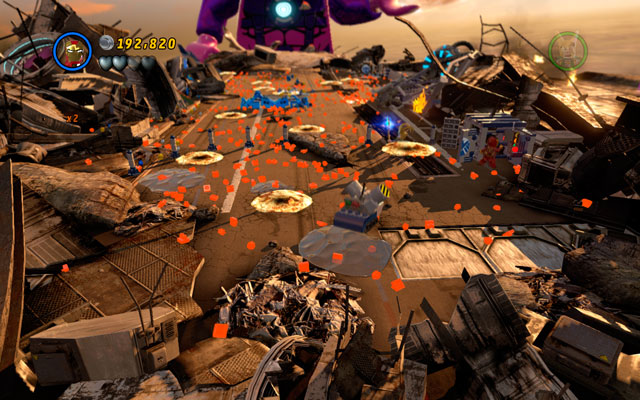 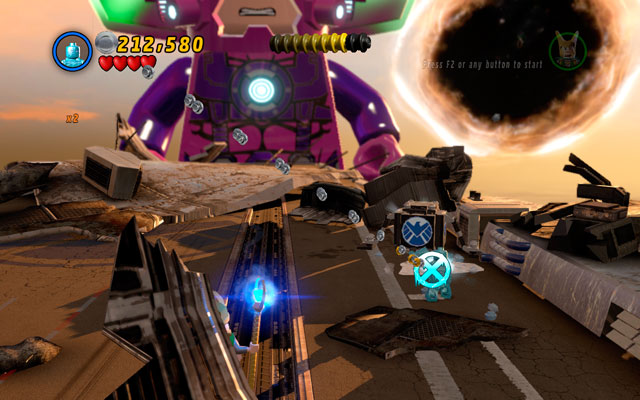 The last minikit can be found in the same location. Turn right and approach to the pool of water with Iceman. Freeze it and pick up collectible - that's all!