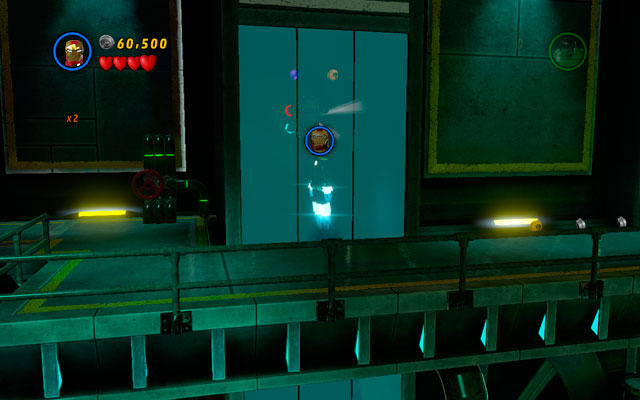 Right after the beginning choose a flying character and fly to the left to uncover a hidden location. Then use Mr. Fantastic abilities to pass through the iron bars located on the lowest floor, so you can enter the lift pit. Now just fly up and catch a minikit. 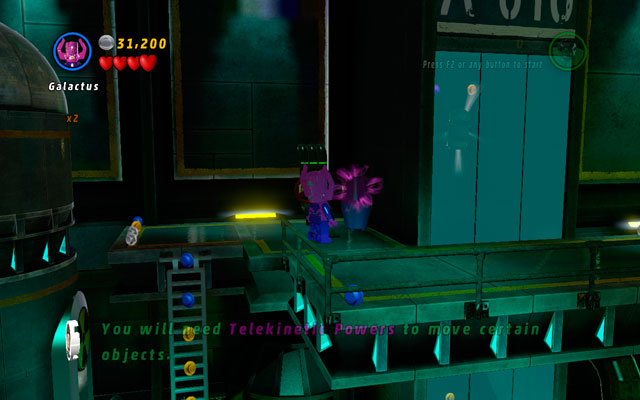 To obtain this minikit, you must destroy all three violet containers usable only for characters with telekinesis ability. First target can be found on the left from the lift pit. 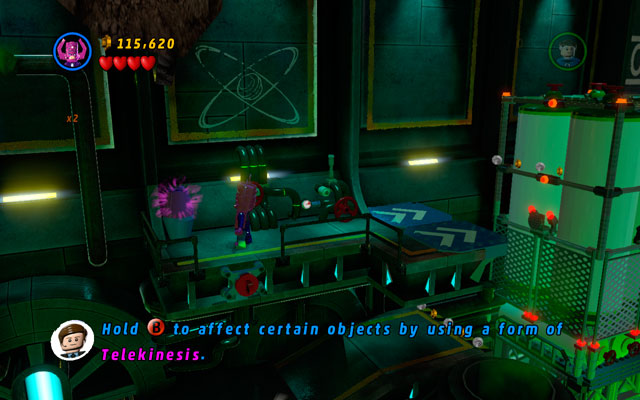 Two other containers can be found in the far further part of the stage. The closer one is located on the platform, near to the Mr. Fantastic's glide gap. 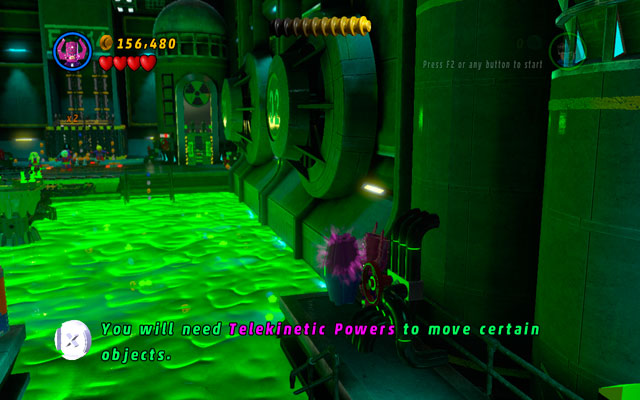 The further one is hidden at the huge green acid puddle. Destroy it to obtain next minikit. 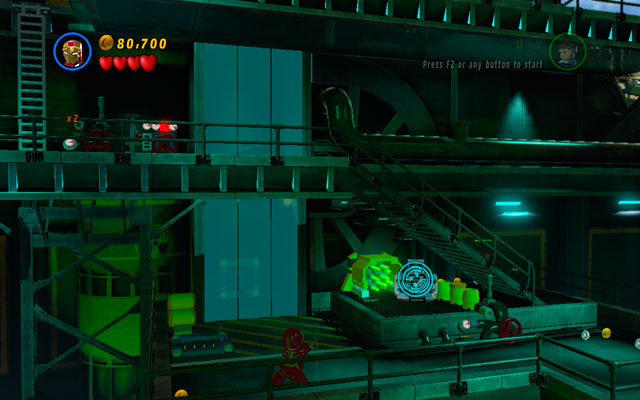 Turn back to the beginning of the stage and go to the left, returning to the hidden location. Then shoot Iron Man's rockets at the silver box standing near to the lift pit to receive third minikit. 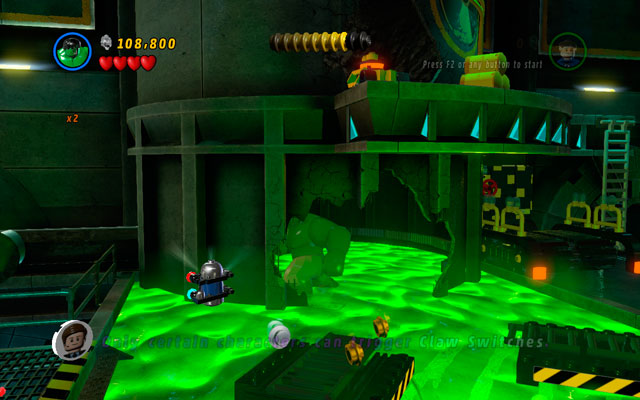 Go to the right, heading to the first pool of acid - pierce a silo wall using Hulk and enter it. Minikit is hidden on the right side of the premises. 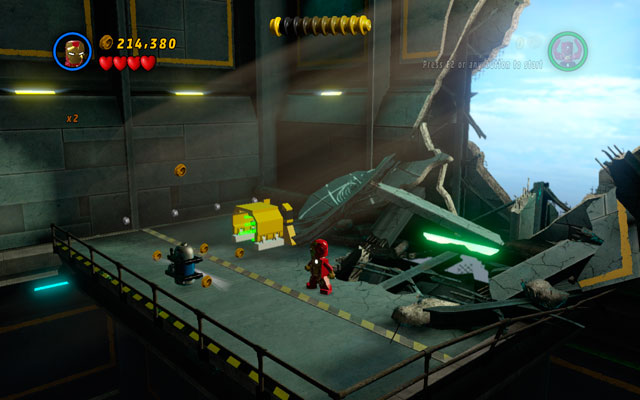 Go to the next location and fly up, then turn to the interior-left part of the stage (head to the "inside" of it). After that land on the hidden platform and pick up a minikit. 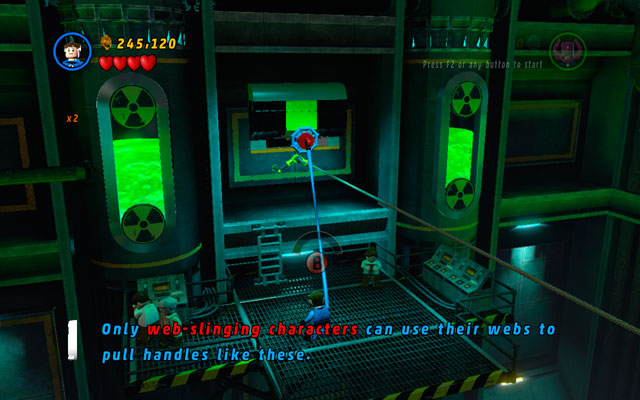 Stand between two rotating, electric machines, then fly up and head to the interior of the stage (as the rope in the middle shows). Stand on the platform and choose a character with a web attack or Mr. Fantastic. Then yank an attachable point from the wall. 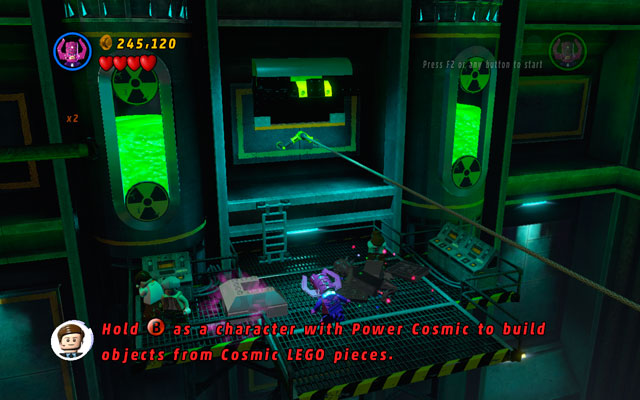 Choose Galactus to arrange a Statue of Liberty from the black cosmic bricks, then pick up the minikit. 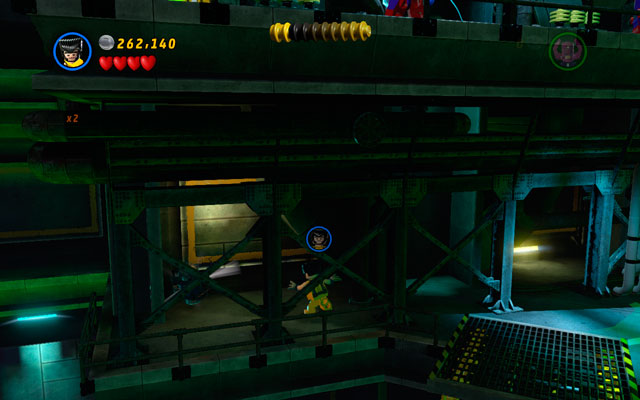 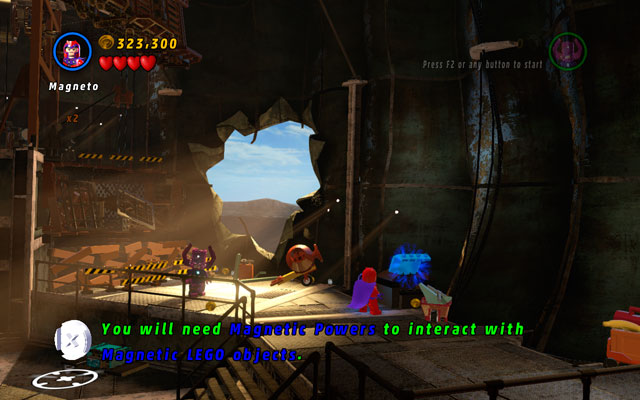 In the interior of the Statue of Liberty choose Magneto and approach to the metal container on the left. Open it with your magnetic abilities to pick up a minikit. 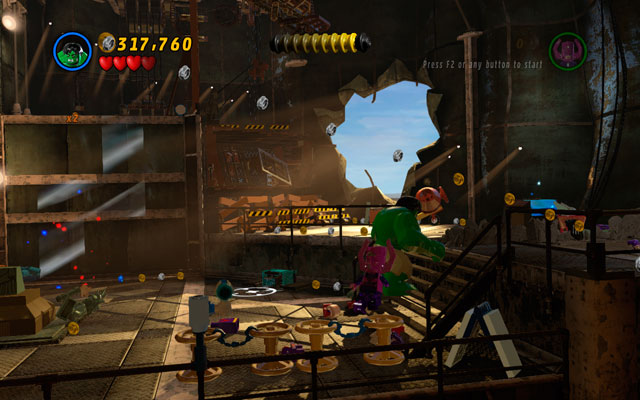 To obtain this minikit you must destroy all five blue traffic signs. First of them is located in the starting location, on the right side. 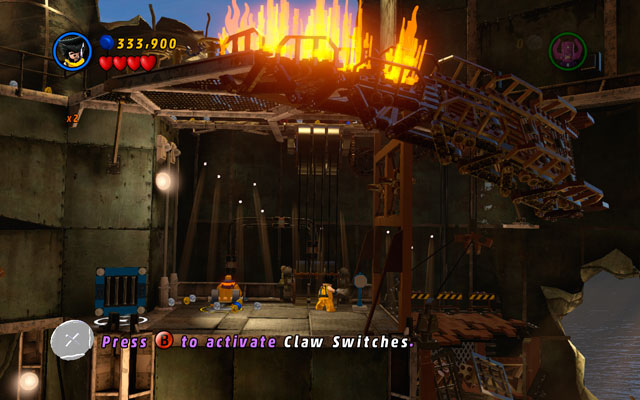 Second one is hidden a bit higher, on the right from the iron bars. 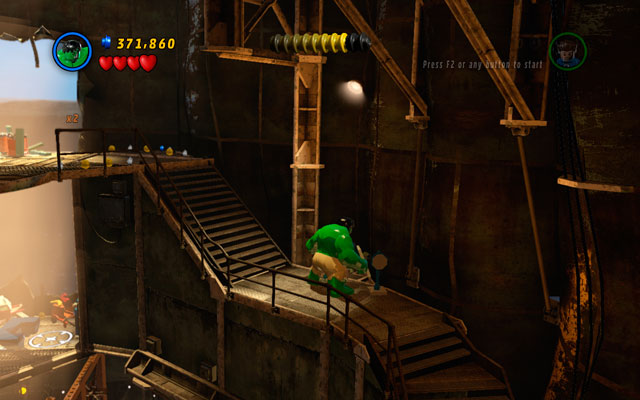 Third one is located much higher, at the stairs on the right. 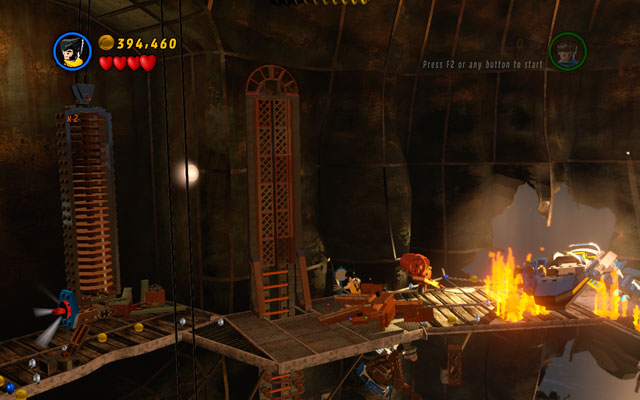 Fourth one is hidden behind the crates, on the left side from the burning jet. 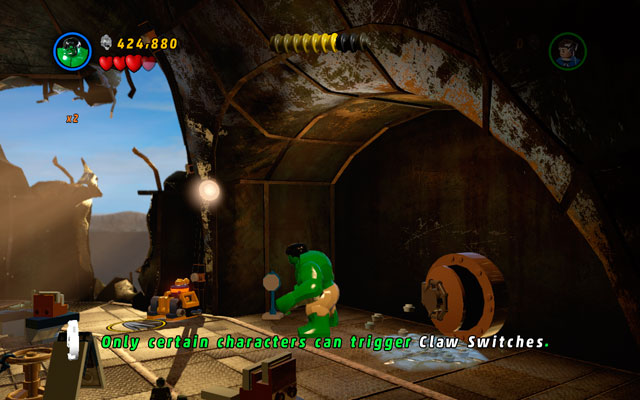 The last one can be found at the end of the location, on the right side from the stairs leading to the boss arena. 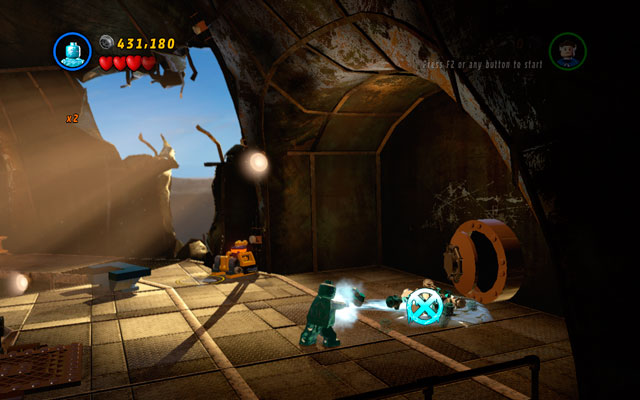 The last minikit on this level can be obtained near to the entrance to the arena. Approach to the pipe on the right and freeze a pool using Iceman special ability. Then melt an icicle with Human Torch's fire beam and pick up a minikit.