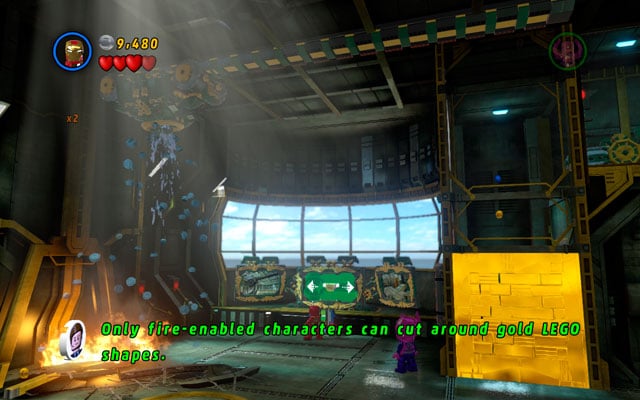 After the first use of the computer (at the beginning of the stage) use it once more to move a fire extinguisher to the left side of the room (click on the left arrow on the monitor). Then choose it to extinguish the fire and pick up a minikit. 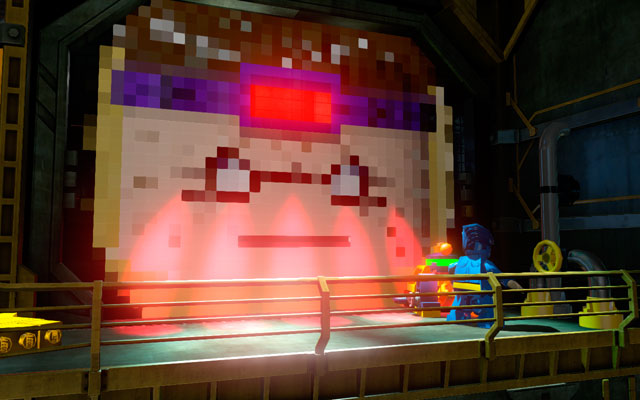 Turn right and use a claw switch as Wolverine or The Beast to unlock a next minikit. 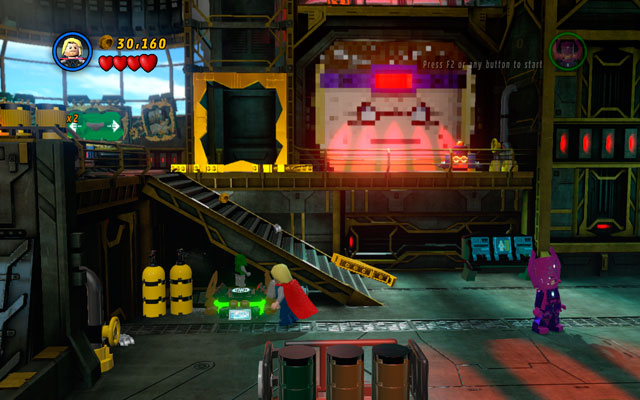 To receive third minikit, you must destroy all three Doctor Dooms statuettes. First of them can be found at the starting location, under the stairs. 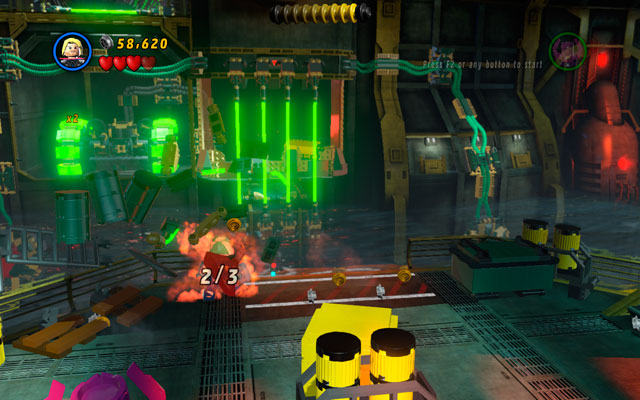 Second one is hidden in the next room, next to the green machine and laser gate. 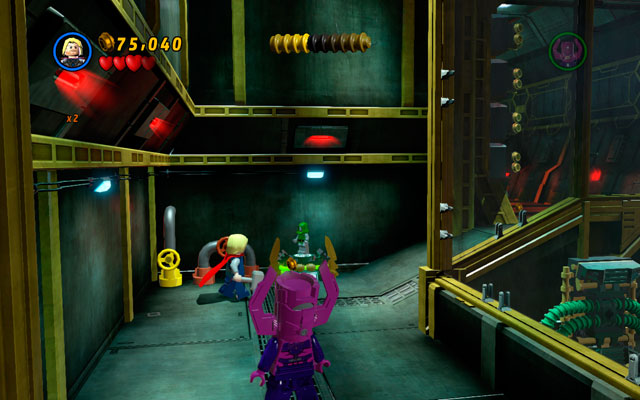 Third can be found in the corridor leading to the arena with M.O.D.O.K. 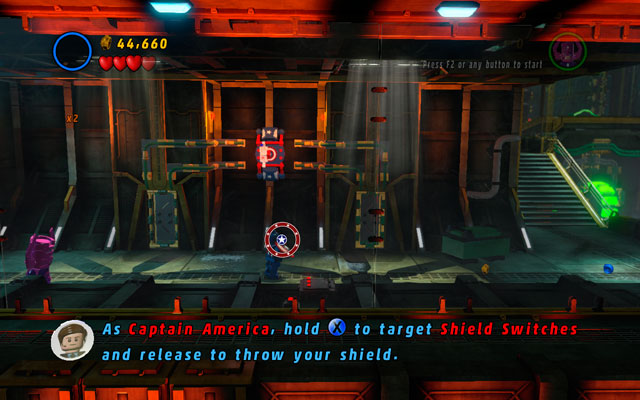 Turn back and return to the passage connecting two first locations. Search for the patriotic panel and toss a shield at it, using Captain America's ability. 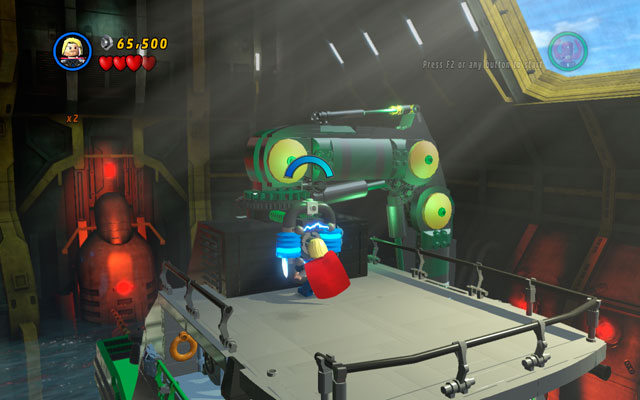 This minikit is hidden very well. To obtain it, you must charge a battery lying on the boat (in the hangar) for TWO TIMES. When golden box appears, melt it with fire beam and pick up a collectable. 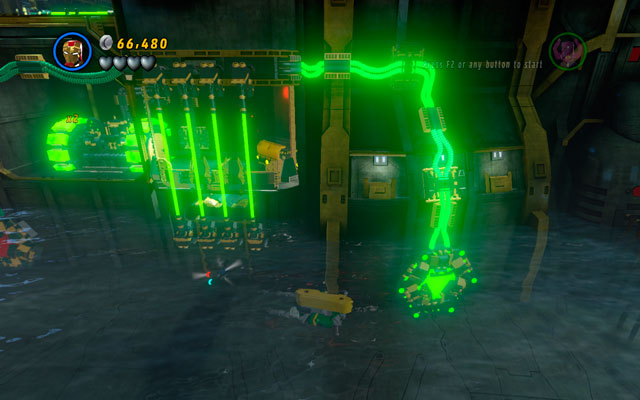 Steer small submarine to switch on two buttons under the water - a minikit is hidden between two columns under the laser rays. 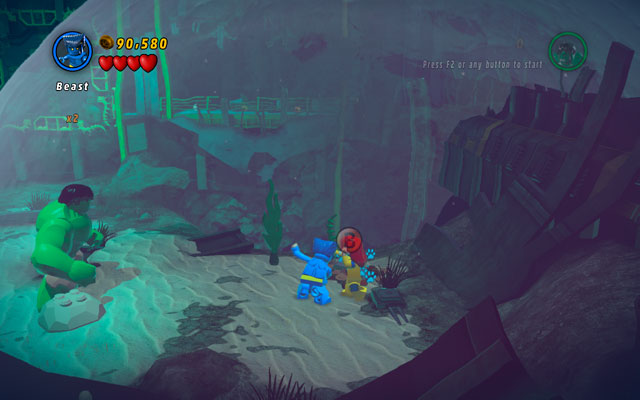 To obtain this minikit, you must dig three sand piles under the water (on the last stage). First of them is located on the right corner of the crush site. Use clawed character to excavate the target. 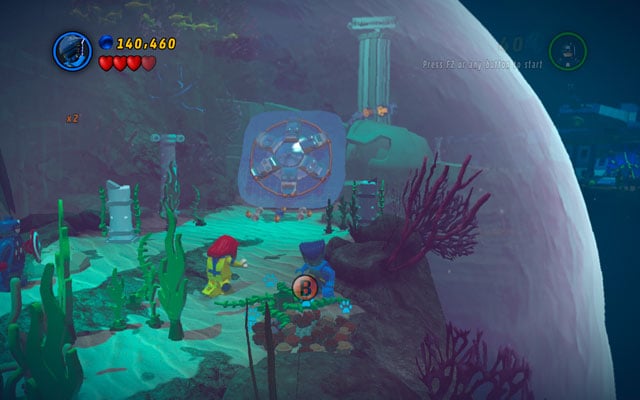 Second mound can be found near to the huge silver gates on the far right. 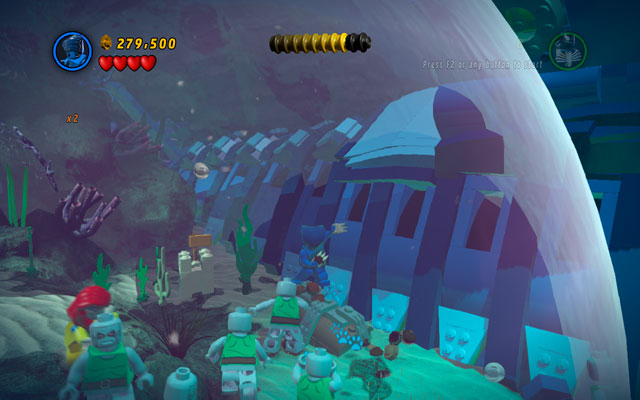 The last one is hidden at the end of the location, near to the Doctor Doom's submarine. 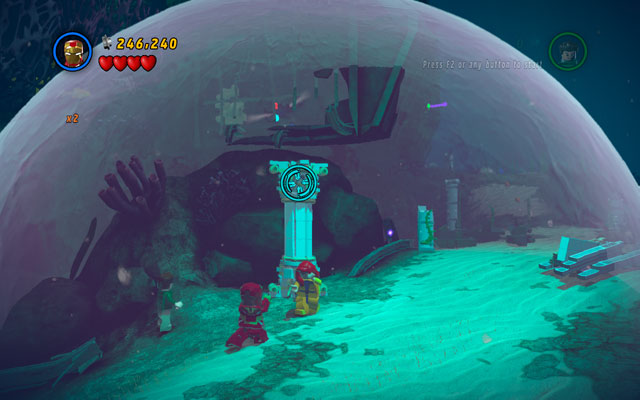 Turn back and destroy a column standing on the right side of the ancient gate (destroyed some time ago). This location is hardly recognizable, so we illustrated it on the screen above. 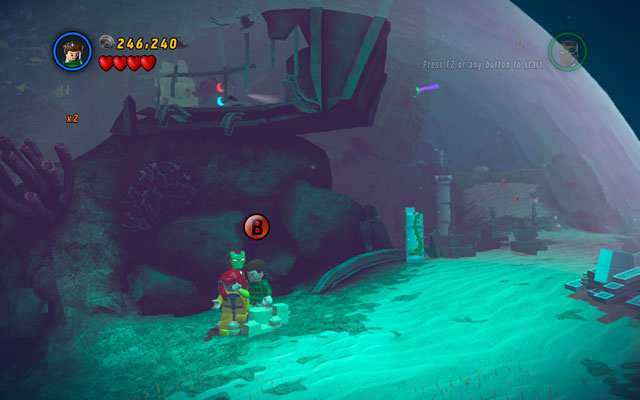 When the column is collapsed, switch into Sandman and pass through the sandbox to catch a minikit. 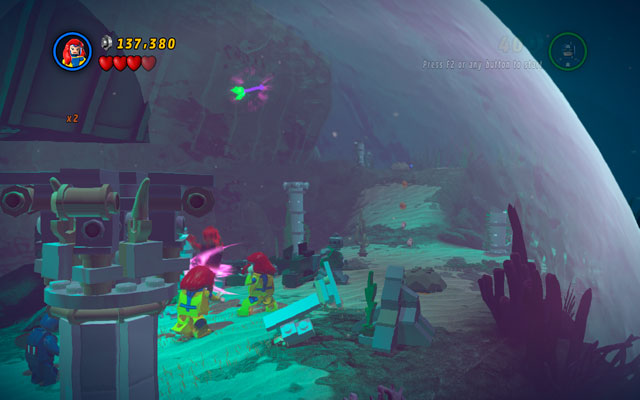 Right behind this location it is advisable to use Jean Grey's ability to yank a green-and-violet tentacle sticking out from the building above. Next minikit will appear shortly. 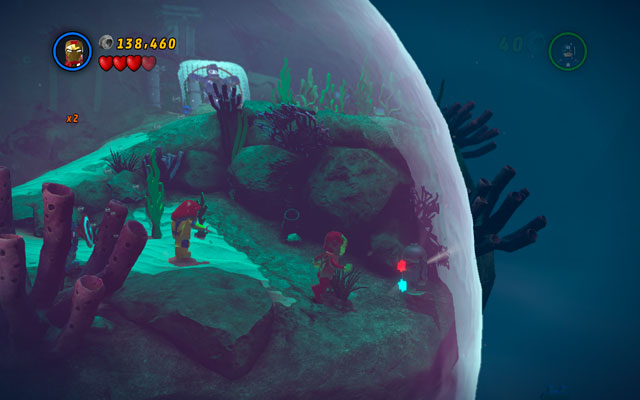 The last minikit is hidden very closely - just turn right and approach to the precipice.