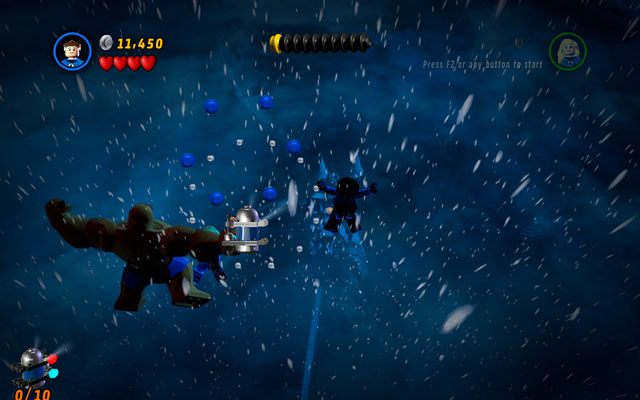 First minikit can be obtained during a flight to the Doctor Doom's castle - to catch it, just keep to the middle of the tunnel. 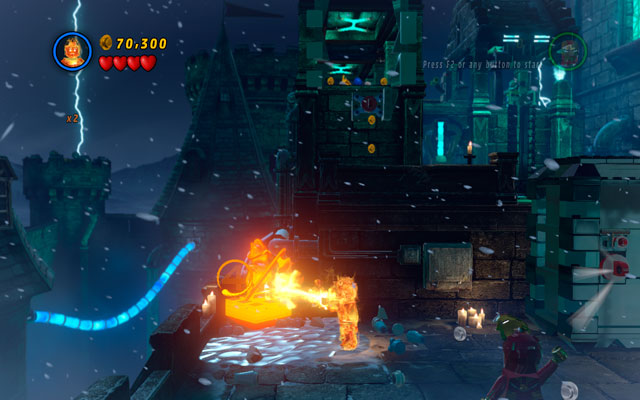 To receive this minikit, you must melt five golden monuments. First of them can be found at the beginning of the stage, on the right, hidden behind some obstacles. 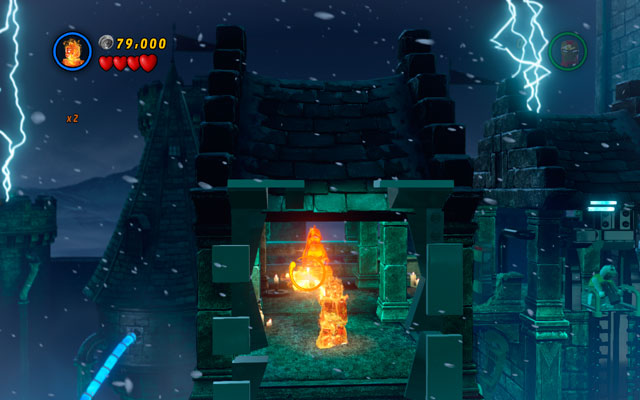 Second is located in the tower (above). 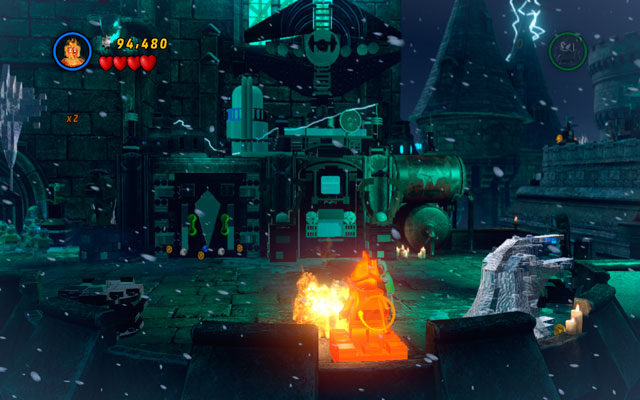 Third is standing behind the bridge on the right, next to the lightning machine. 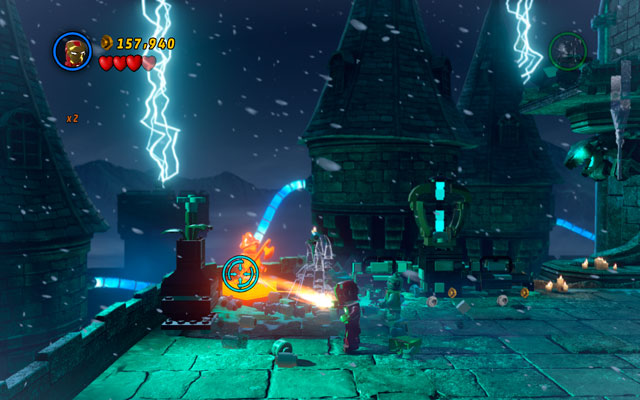 Fourth can be founded on the next roof, in the left corner. To reach there, you must pass through the energetic bridge on the right. 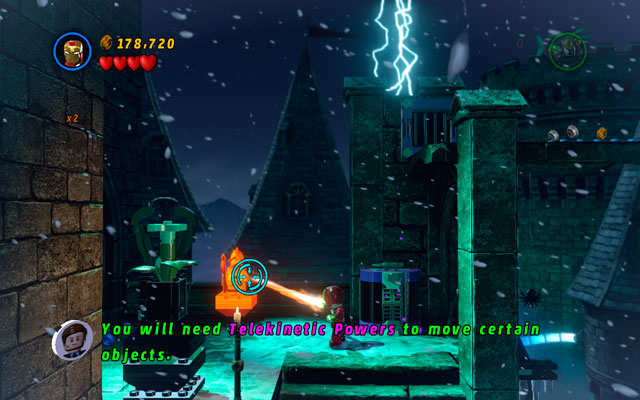 The last monument is located on the next tower, near to the exit from this stage. 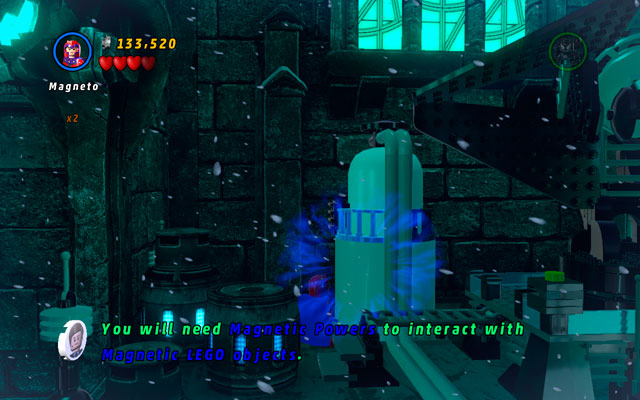 Turn back and use Magneto magnetic skills to manipulate a metal element of the lightning machine. 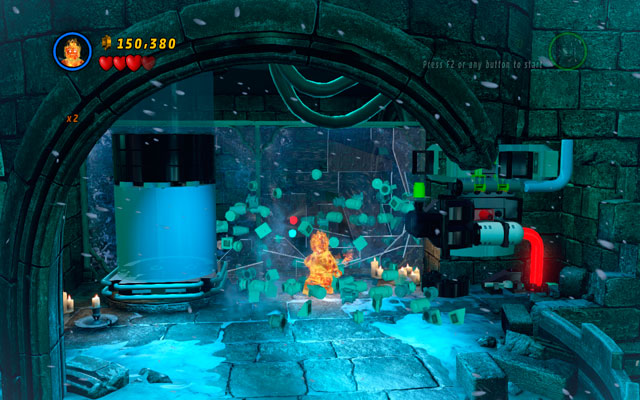 At the top of the tower "guarded" by cameras it is an ice wall. Melt it with fire and then switch into Jean Grey to take control over the enemy on the other side. Now just jump up to catch a minikit. 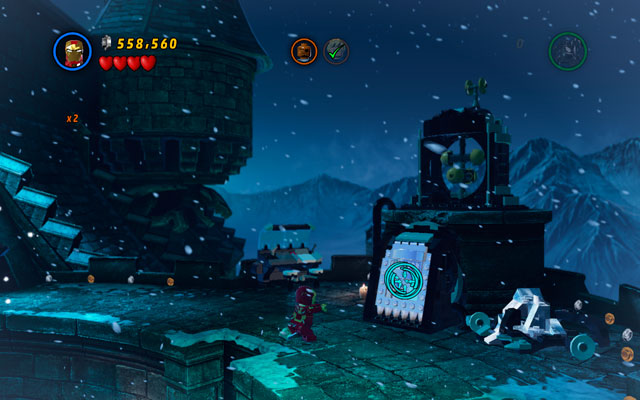 In the location with Human Torch and Nick Fury head right, climbing on the wall. Use Iron Man's rockets to destroy a silver cover. Charge a battery with electricity (use Thor or Storm) to obtain some studs and a minikit. 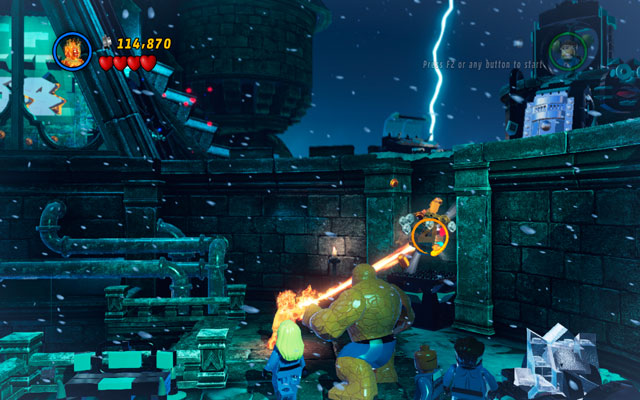 Rescue Human Torch and then turn right, approaching to the golden statue. Melt it using fire beam and recover a minikit from the debris. 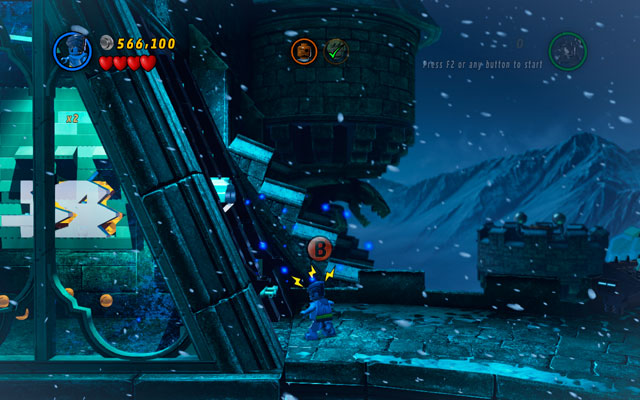 In the same location choose a character with spider or sixth sense to approach to the central tower from the right side (use the wall on the right to do that). Search the area, uncovering two attachable points. Yank it with a spider's web to open the door (choose Spider-Man or Venom to do that). 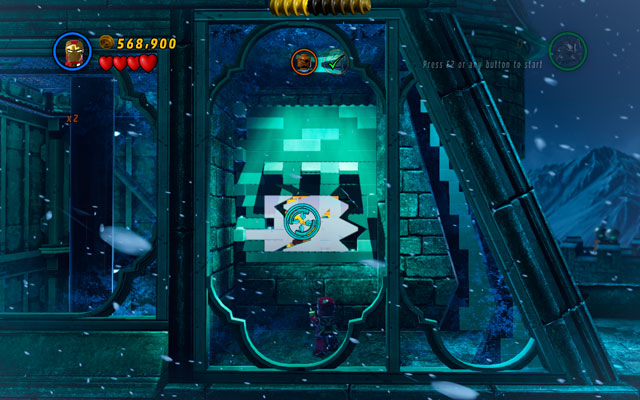 Enter the chamber and shoot Iron Man's rockets at the silver plate located next to you. Then melt a golden plate with a fire beam and pick up a minikit. 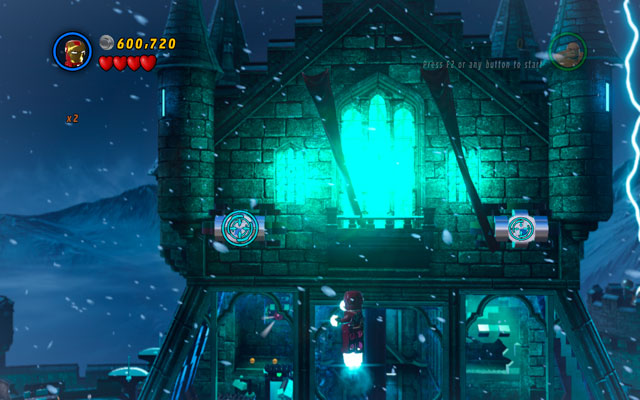 Fly up as Iron Man and shoot your rockets at two silver plates located on the tower of the castle. 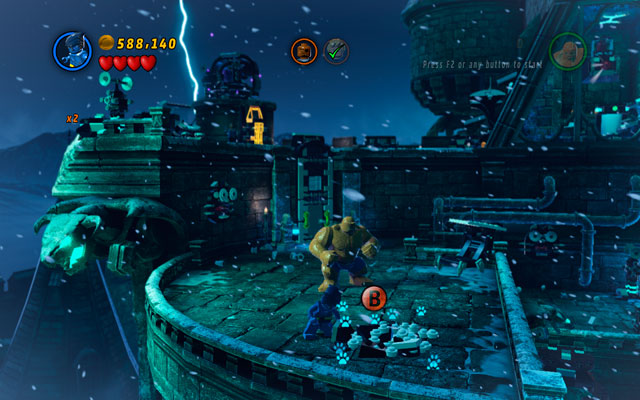 Choose The Beast or Wolverine and head to the left part of the castle, searching for the sand pile. Dig up some bricks from it, so you can build a trampoline from them. Now just jump on it to catch a minikit. 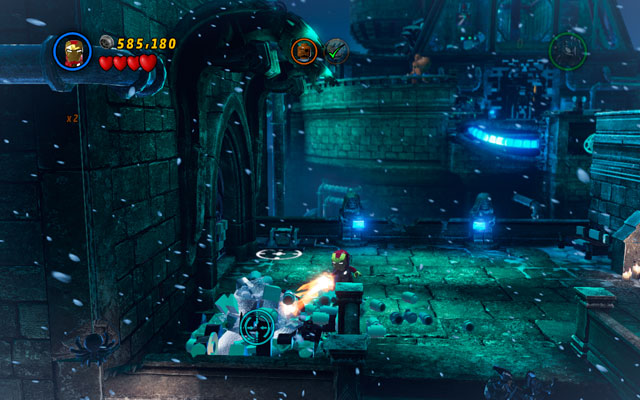 To obtain the last minikit, you must melt five icicles and build five cat-clocks from the debris. First "frozen kitty" can be found at the entrance to this part of the castle, on the left. 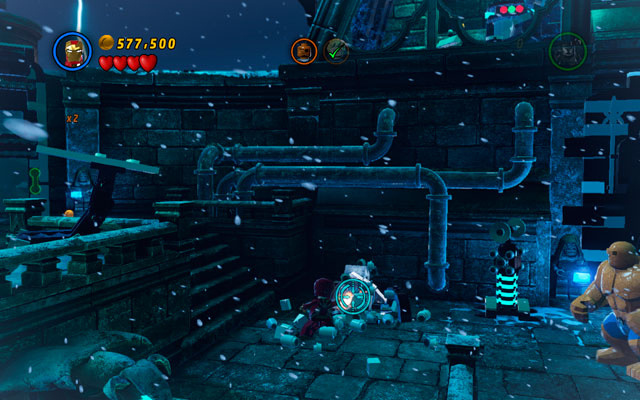 Second is located on the left part of the arena, on which Human Torch is fighting the enemies. 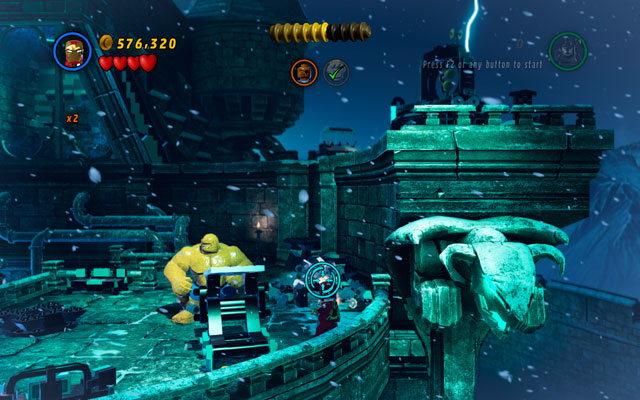 Third one is hidden on the right side of the same arena, near to the wall. 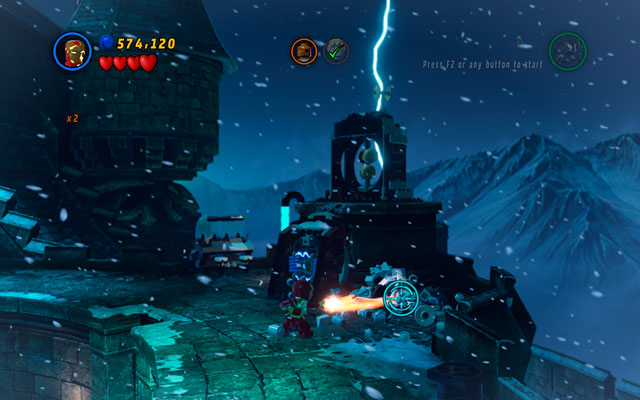 Fourth one can be founded on the tower on the right, near to the battery. 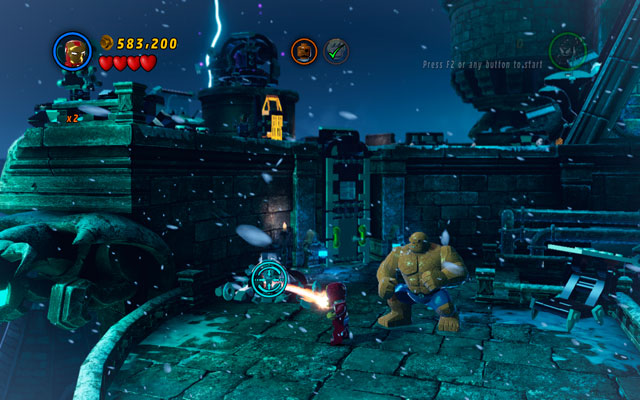 The last icicle is located right under the tower on which you have met Nick Fury.