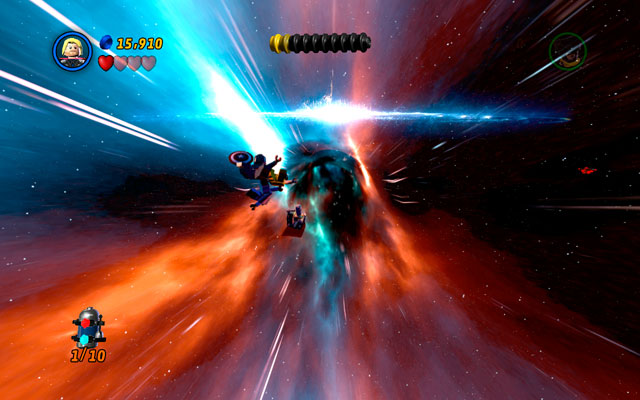 First minikit is located in the passage to Bifrost. To catch it, stay in the upper-left part of the tunnel. 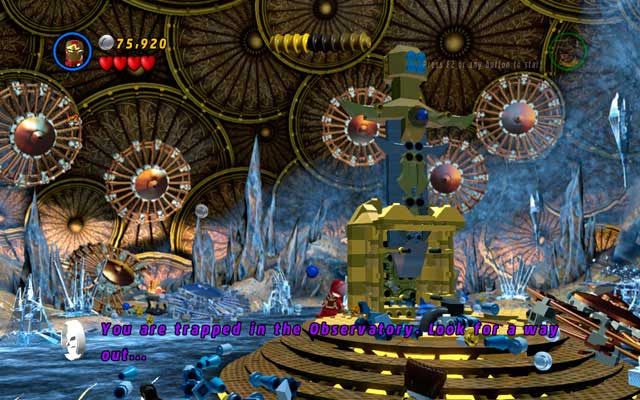 Second minikit is hidden behind the huge sword in the central part of observatory. Defrost mechanism and jump up to obtain it. 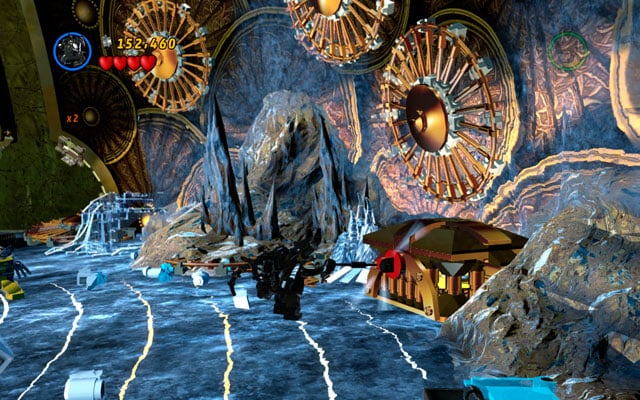 In the same room turn right and approach to the chest with an attachable point. Choose character with a web attack to yank the crate and pick up a minikit. 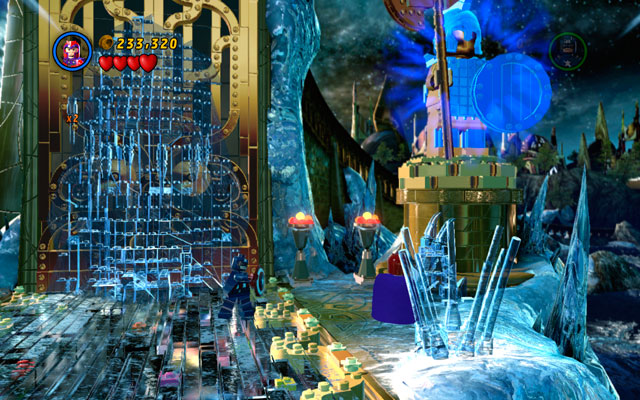 On the bridge leading to Asgard choose Magneto and approach to the statue on the right. Turn it using your magnetic abilities to uncover the next minikit. 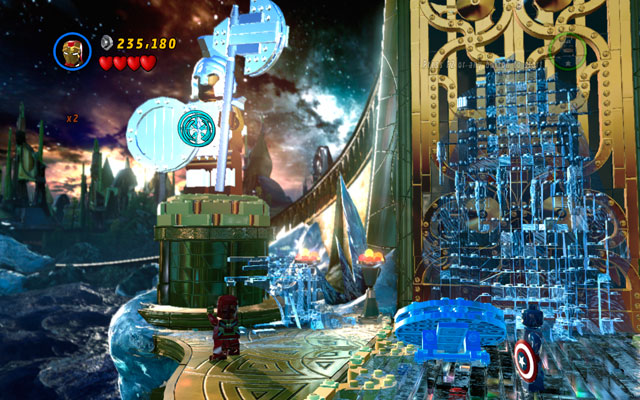 Switch into Iron Man and head to the second statue, destroying it with your rockets. When an attachable point appears, yank it with Spider-Man or Venom. 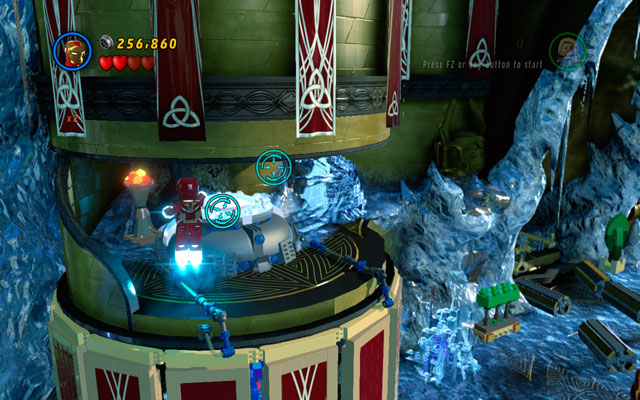 After the second fight with Loki fly up and turn left. Land on the column and fire your rockets at the silver lid. 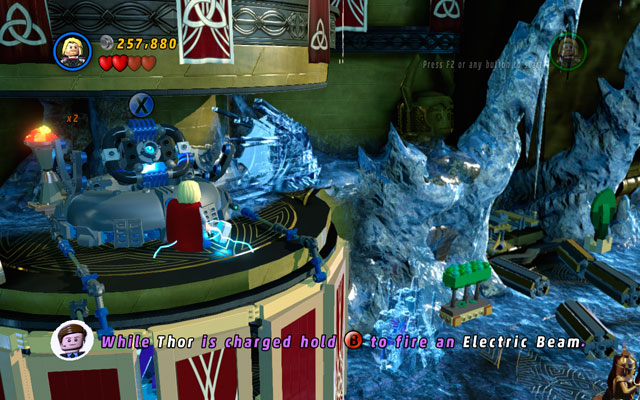 Wait for battery to appear and charge it with electricity. Then jump down. 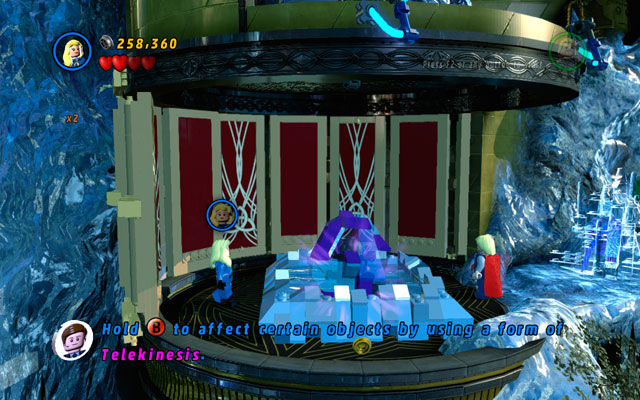 Choose a character with telekinetic skills (like Jean Grey or Invisible Woman) to draw your minikit from the frozen spring. 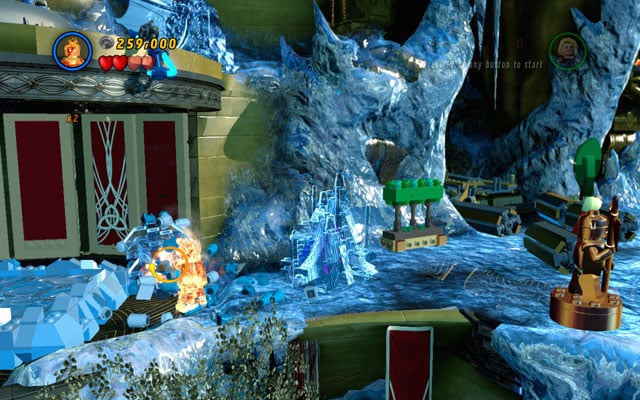 Switch into Human Torch and melt an ice block to finally recover this collectable. 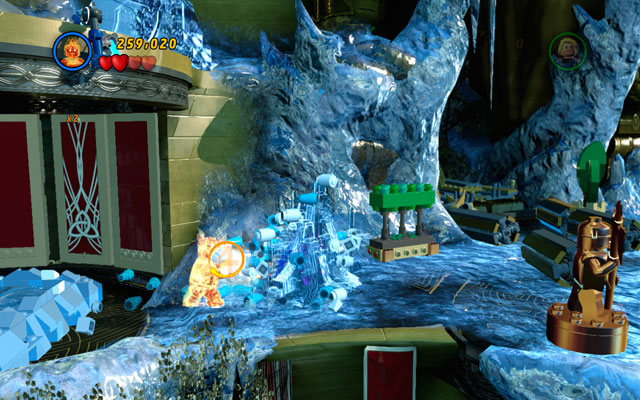 To receive this minikit, you must melt three icicles with frozen flowers hidden inside. First of them can be found on the left from the location on which you fought Loki for the second time. 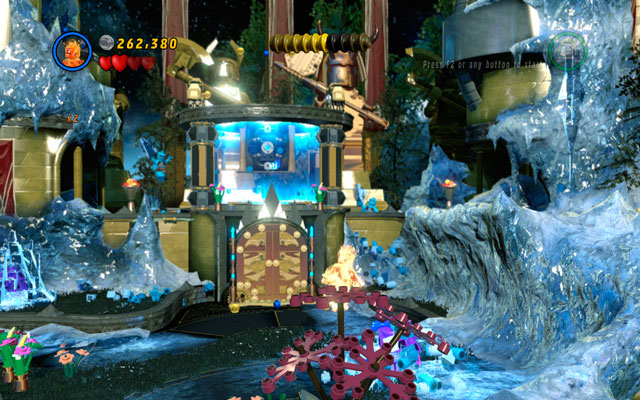 Second icicle is located in front of the gate (the one with power field) - just look behind the flowerbed. 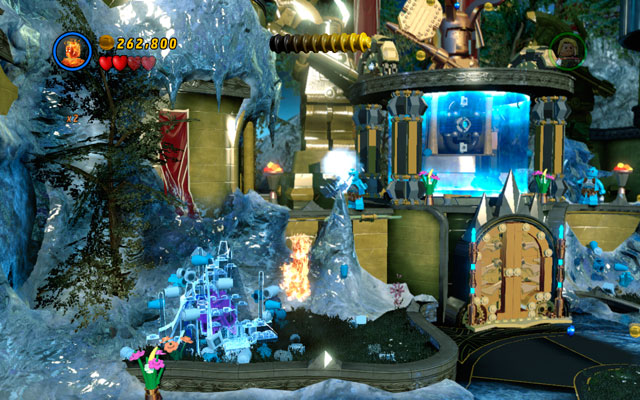 The last target is standing on the left from the same gate. 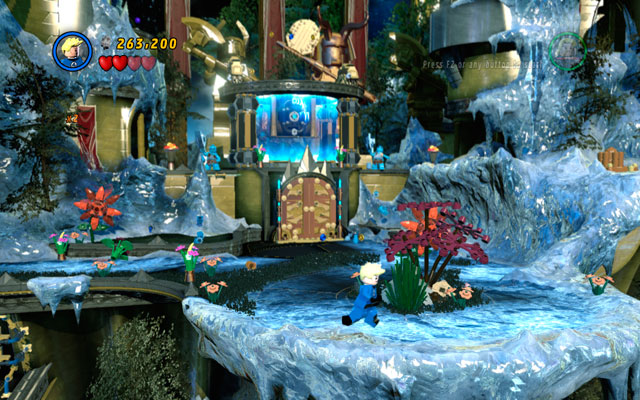 Find a flowerbed on the opposite side of the same gate. Destroy it, then switch into Wolverine, digging out few bricks. Now just build minikit from them. 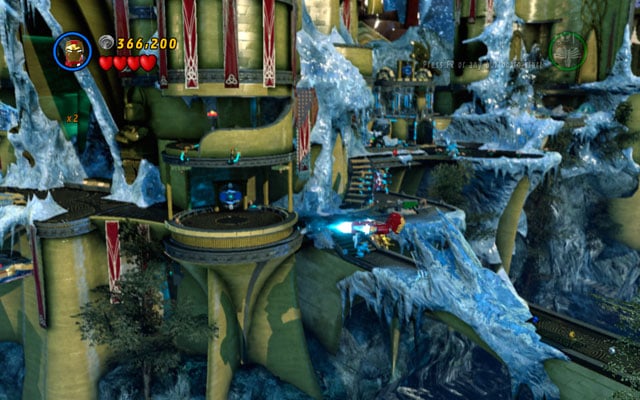 Choose any flying character and fly through the frozen bridge located in the central area of the map. Then use Iron Man's rockets to destroy the silver statue. Build a lever from the debris and turn it. 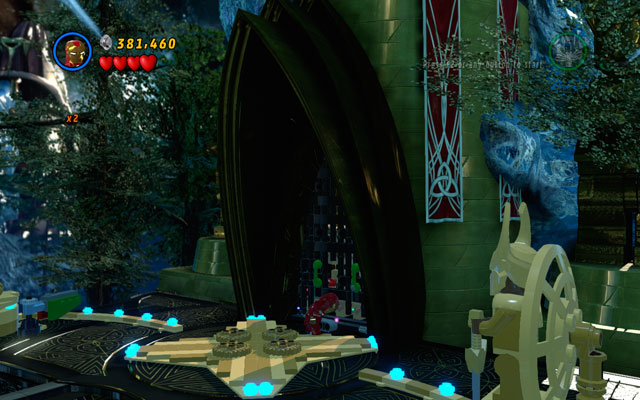 Turn right, destroying all obstacles on your way. Build second statue from the debris and wait for new bricks to appear. Build a handle for a big character from it (e.g. Hulk) and yank it. 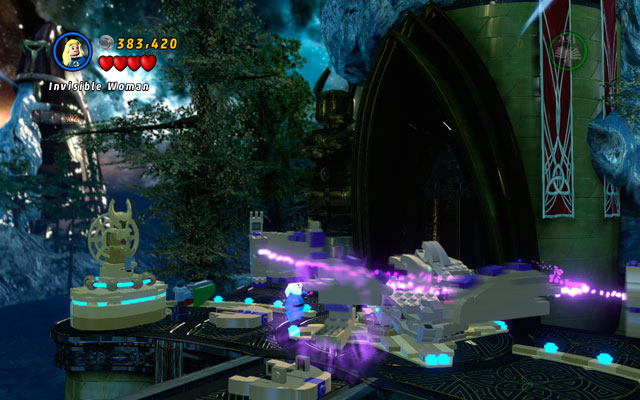 Choose Jean Grey or Invisible Woman to create a huge hand from the scattered bricks. Use it with interaction button to receive a minikit. 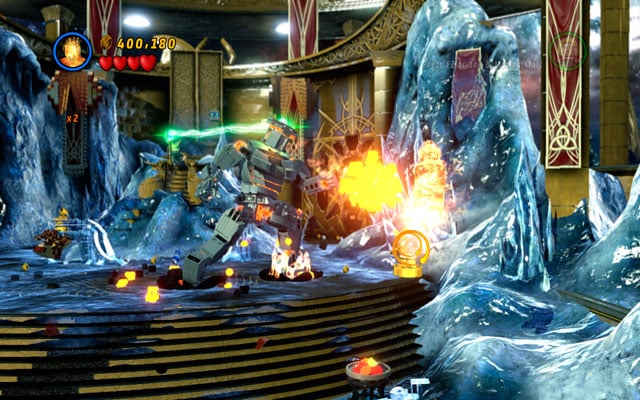 To obtain the last minikit, choose Human Torch during the last fight and melt three gold statues located in the arena (two of them can be found on the left, and one on the right).