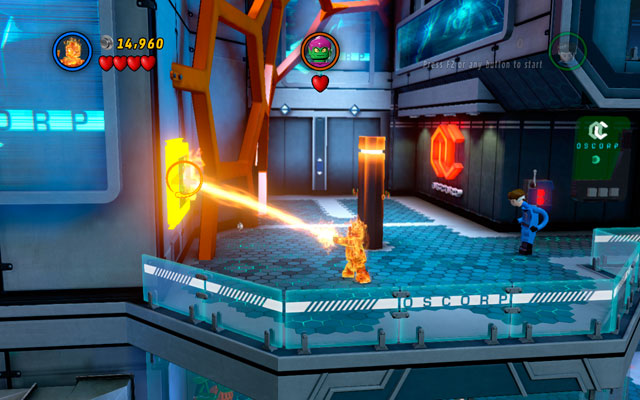 To receive this minikit, you must melt four golden boards placed on the first stage. First can be found at the beginning - right behind you. 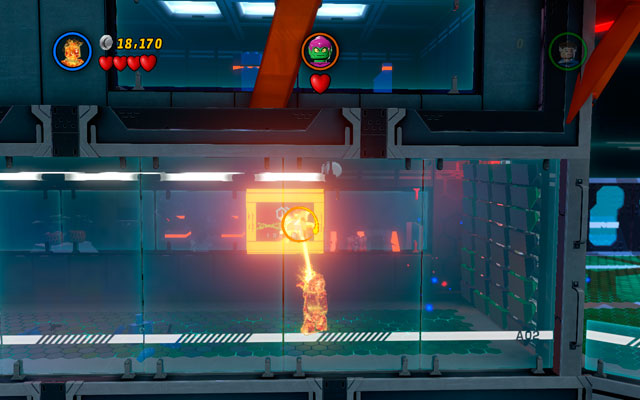 Second is hanged on the wall in the passage on the right. 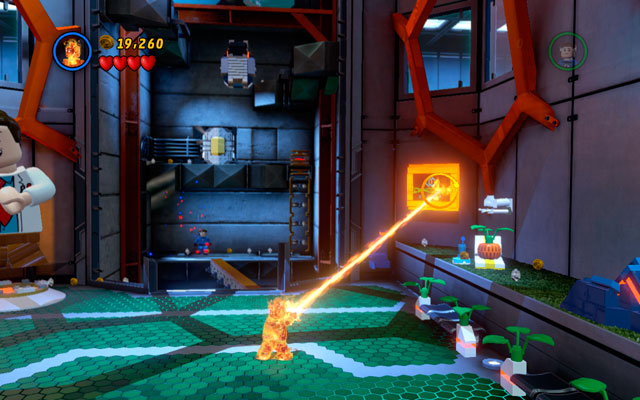 Third can be found near to the lift pit, on the right wall. 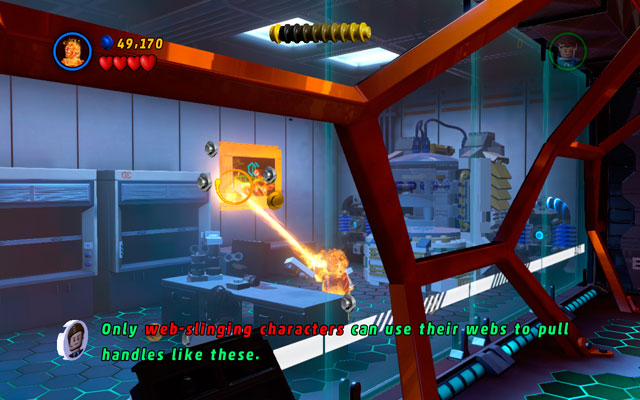 The last golden board is located in the lab, opposite to the next lift. To go there, you must use Jean Grey's power to take control over the scientist standing on the right. Use him to switch the computer on. When the sewer appears, pass through it using Mr. Fantastic superpower. 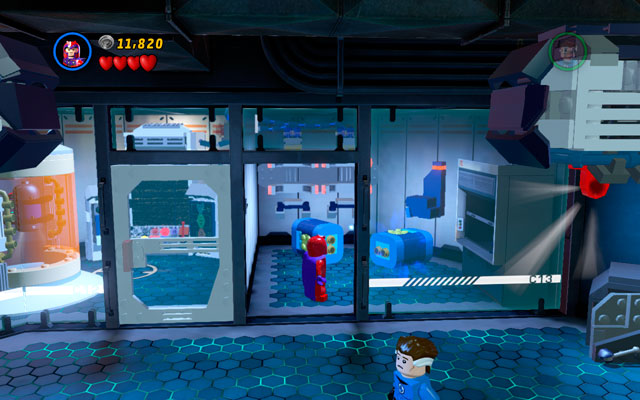 Choose Magneto and enter to the one of the first laboratories, looking for the big batteries. Lift them to the power point to open the door. 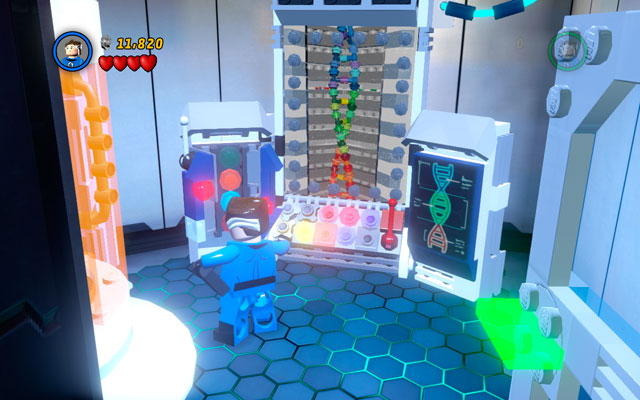 Enter to the newly opened room and use Mr. Fantastic to arrange the DNA code in the right order (showed above). 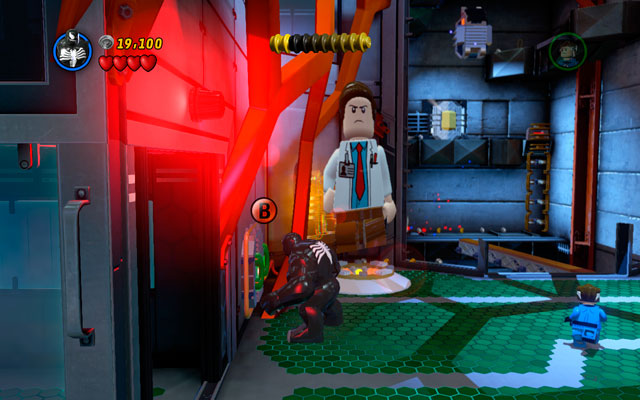 Standing near to the lift pit choose any big character (like Hulk) and yank two green handles located on the left. Now toss Captain America's shield at the patriotic panel, so you can unlock the next minikit. 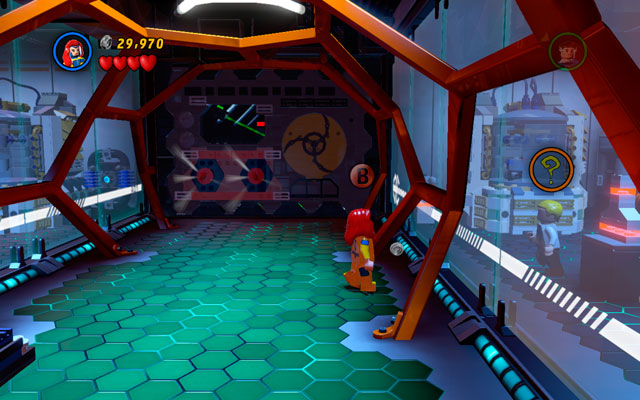 In the corridor located after the lift pit use Jean Grey's telepathic abilities to take control over the scientist hidden on the right. Go to the computer as him and switch it on. 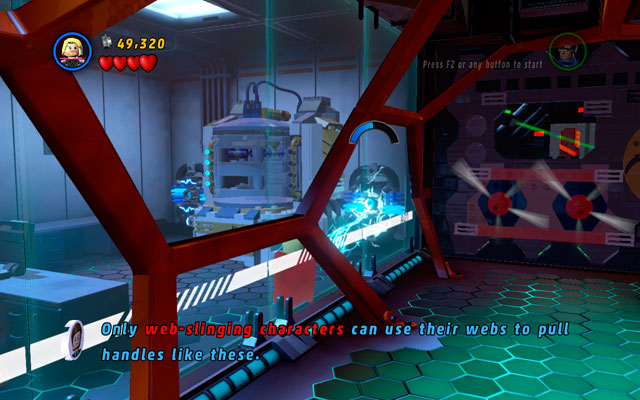 When the sewer appears, pass through it using Mr. Fantastic superpower. After that charge both batteries using Thor or Storm to unlock the next minikit. 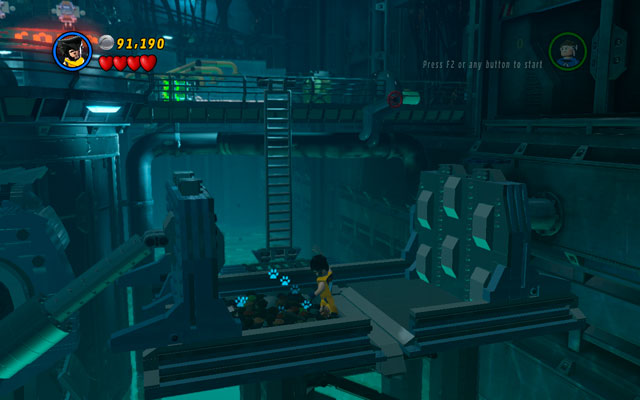 In the underground of the building choose Wolverine and go to the right corner of the location. Climb down using the ladder and then dig up a minikit from the sandbox. 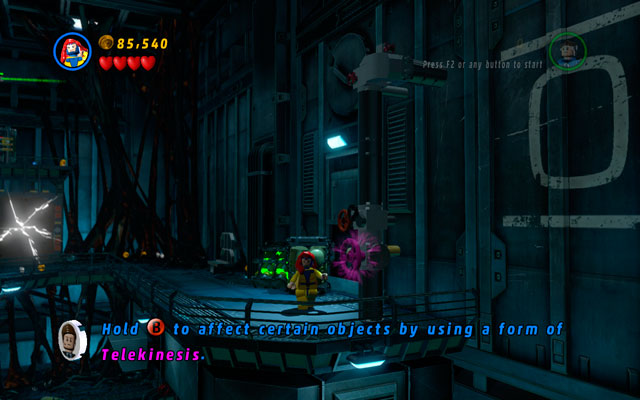 The way to obtain this minikit is a bit complicated. First of all, go to the highest floor of the building and turn right. There use Jean Grey's ability to telekinetically turn the violet valve. After that jump down and build the first spider. 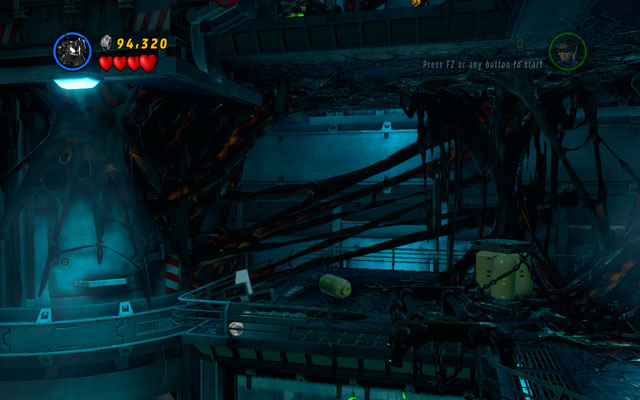 Choose Venom and go to the middle floor, turning left. Destroy all boxes, uncovering black pool. Pass through it (do not mistake it with similar, but deadly pools!) destroying all objects in the new area. Now build second spider from the debris. 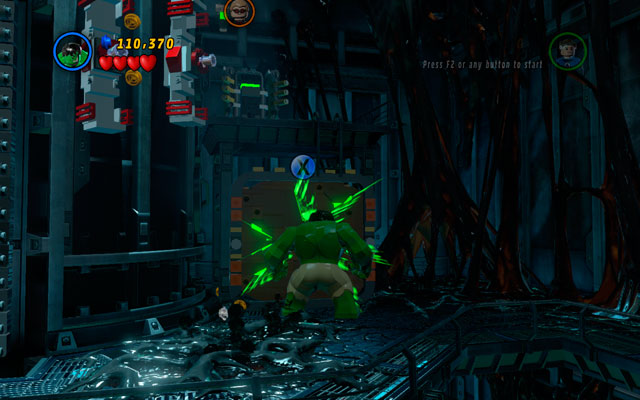 Climb to the highest floor and turn right, using any big character to destroy the shining wall. After that build the last spider and finally receive a minikit. 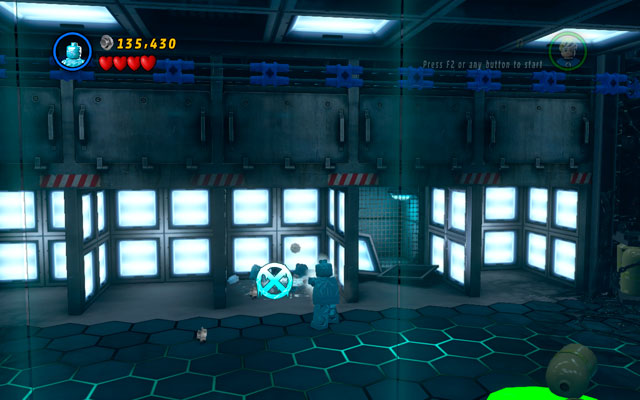 In the further area go to the corridor filled by cages. Wait for the enemies to break from inside and then look for a pool of water. Freeze it using Iceman abilities, so you can melt newly created ice block as Human Torch. 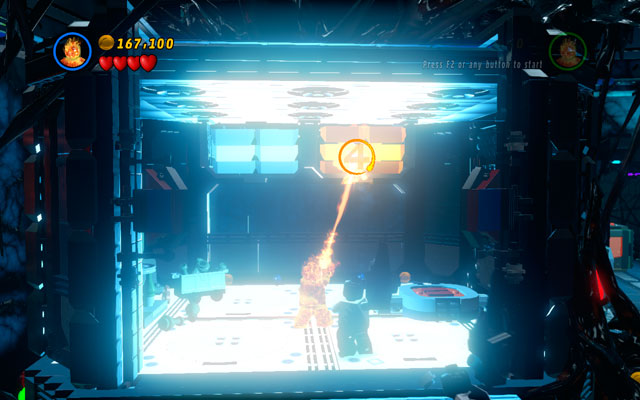 On the same floor turn left and enter the big shining room with the red button hidden inside. Melt golden vent using Human Torch fire beam and pick up a minikit. 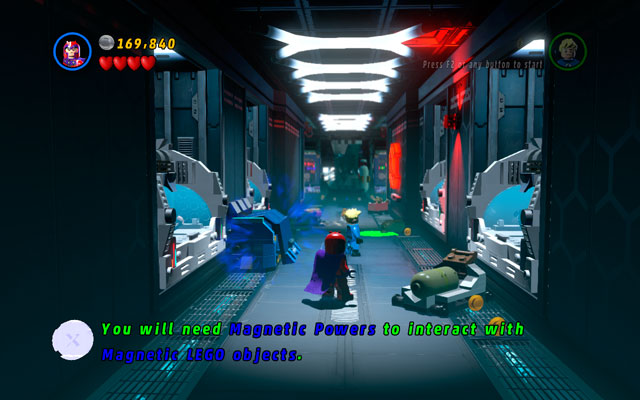 After a short play with the huge speaker you will be moved to the long corridor. Choose Magneto and lift up the metal box standing on the left. When the claw switch appears, use Wolverine's talons to unlock the mechanism - you will receive a minikit and rescue Stan Lee at the same time. 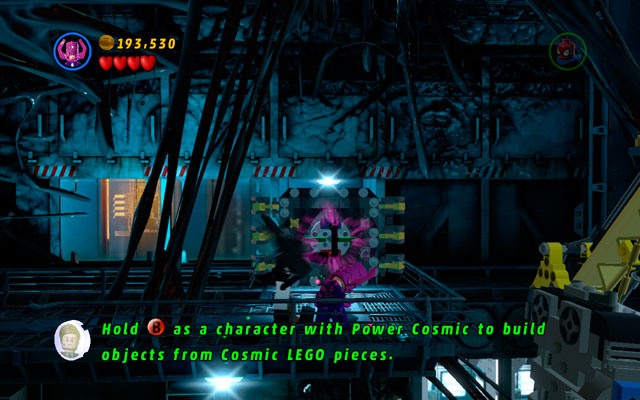 During the fight with Venom fly to the upper floor and destroy all obstacles found there. Then use Galactus to construct a special lock - open it to uncover the last minikit.