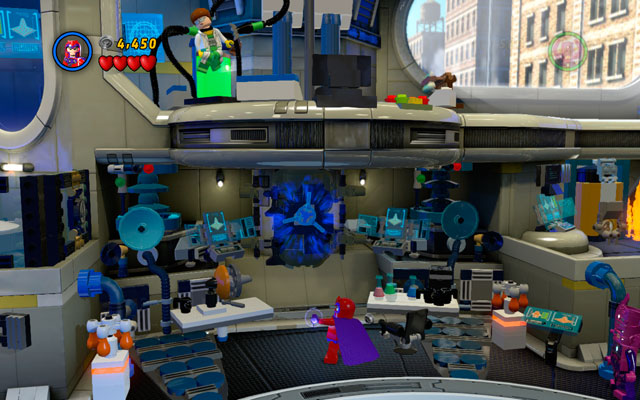 On the beginning of the stage choose Magneto and turn the valve located on the wall. First minikit is hidden behind it. 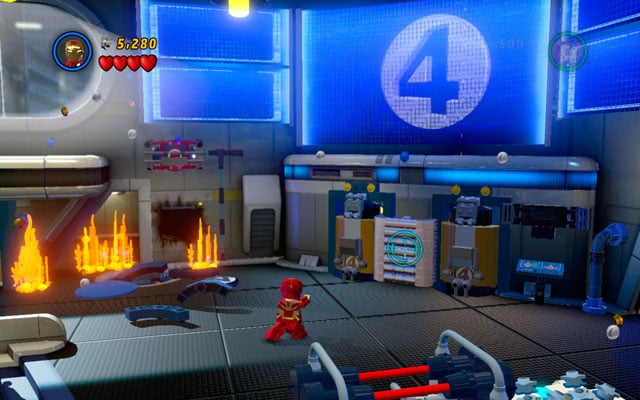 In the same room turn right and use Iron Man's rockets to destroy silver bars located there. Then choose Storm and charge the battery hidden inside. 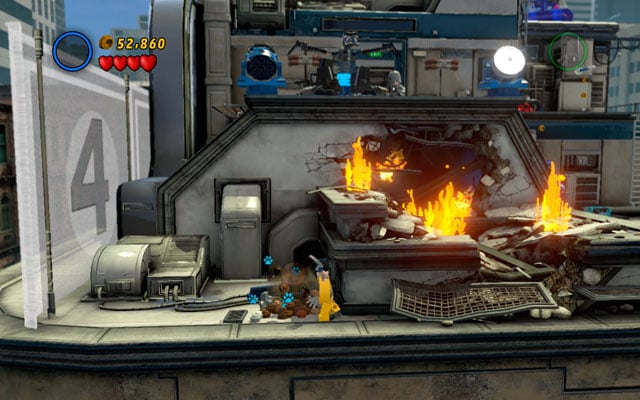 When standing on the roof, descend to the lower floor and break all crates laying on the left. Then dig into the sand as Wolverine, uncovering black cosmic bricks in this way. Now switch to Galactus and build a rocket.

To obtain this collectible, you must destroy five flowerbeds located on the building's roofs. They are as follows: 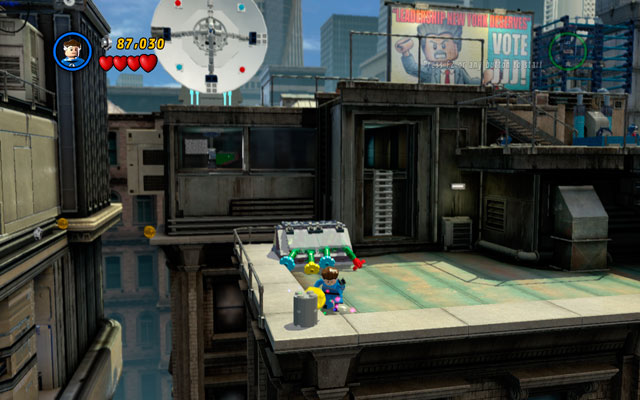 First is standing under the satellite dish. 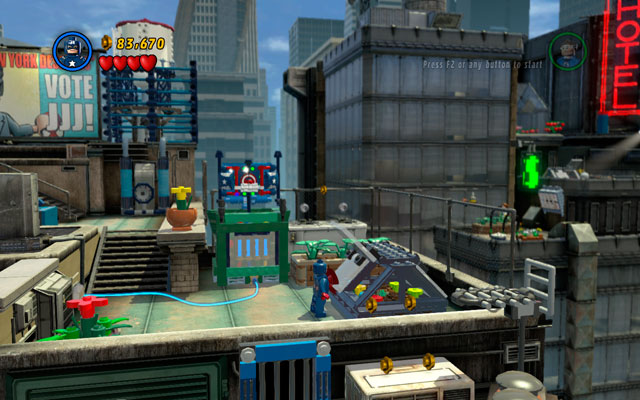 Second is located further, on the right side from the water silo, on the lower floor of the roof. 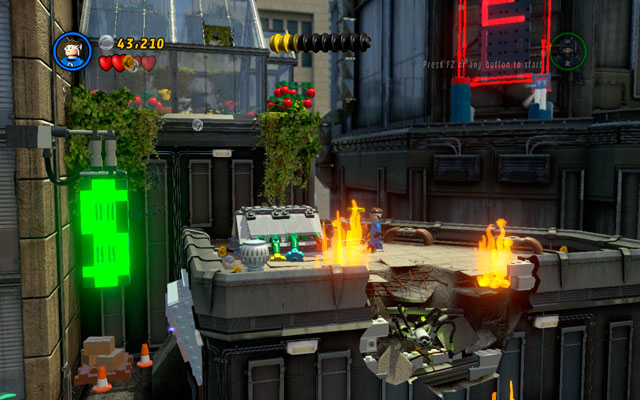 Third can be found vis-a-vis to the HOTEL neon, in the greenhouse. 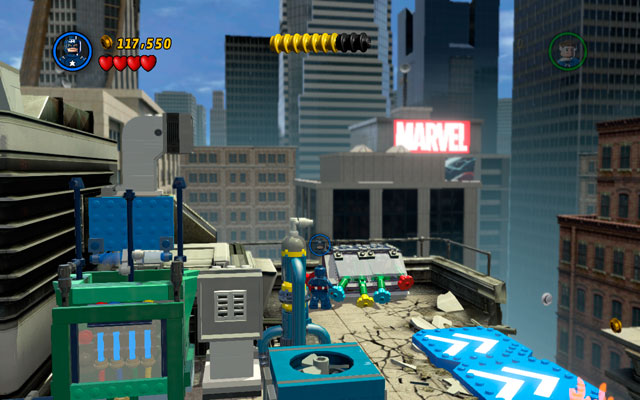 Fourth is located on the roof of the building, in which Captain America had to jump between two walls (colored in white and blue). 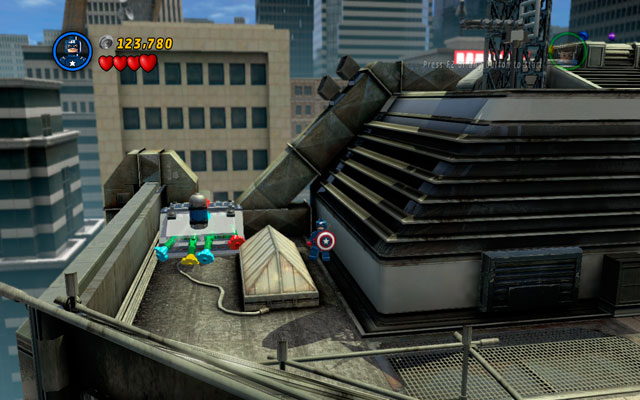 The last one can be found on the same roof, but on the opposite side of it. 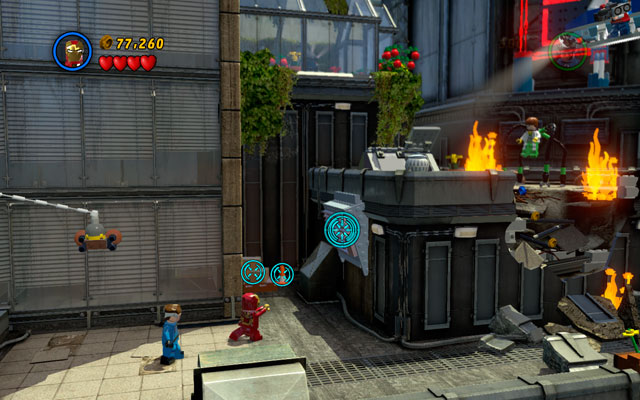 Standing vis-a-vis to the HOTEL neon choose Iron Man and shoot the rockets at the silver bar. Approach to the strange liquid on the floor and then use Venom to pass through it. 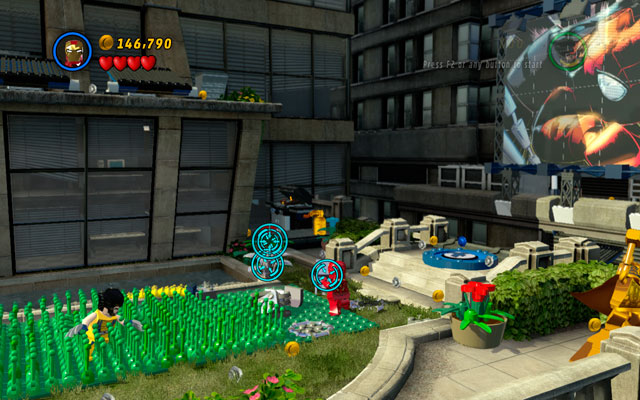 Standing near to the Spider-Man's billboard use Iron Man's rockets to detonate silver flowerbed. Now build a pump from the debris. Jump on it multiple times, so you can see Fantastic Four panel. Use it with Mr. Fantastic to obtain a minikit. 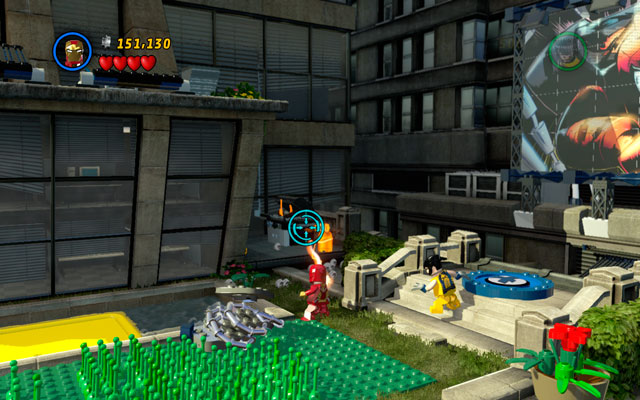 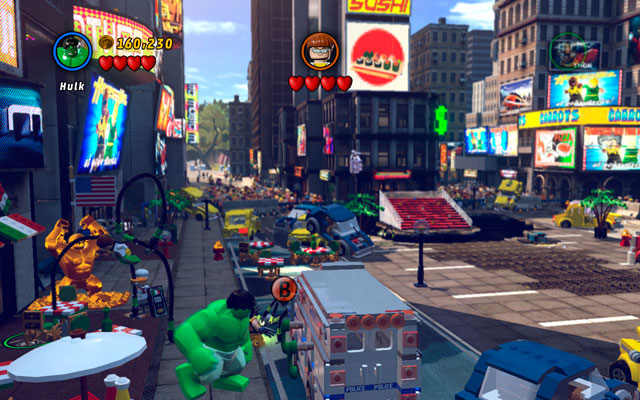 During the fight with Doctor Octopus choose a big character (like Hulk) and lift up the police van standing on the left. 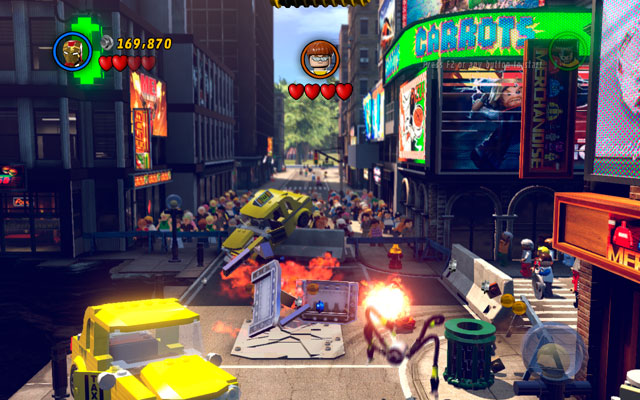 Go to the opposite corner of the arena and look for the silver car. Destroy it using Iron Man's rockets and pick up a minikit. 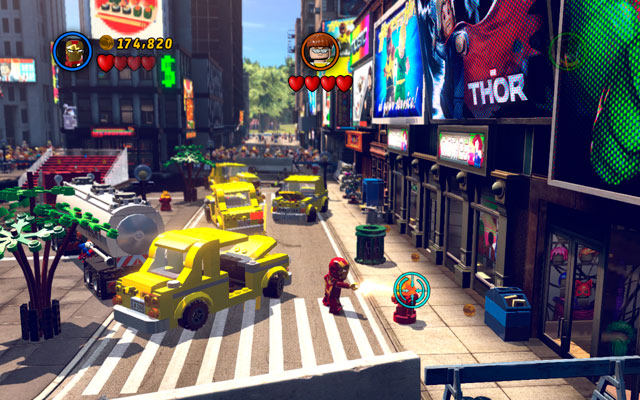 To receive the last minikit, you must melt all five red-and-gold hydrants, located on the opposite parts of the location (four can be found on the corners and fifth is located near to the centre). You can melt them with fire beam.