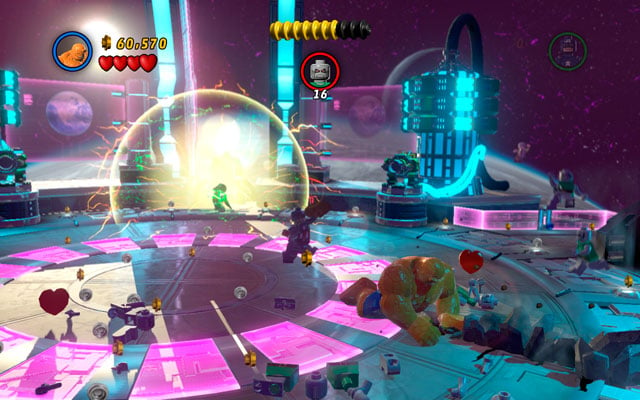 First round is quite simply - you must defeat 20 Doombots. Enemies are very squishy, so you can easily smash them with the Thing (notice that jump attack is especially effective). 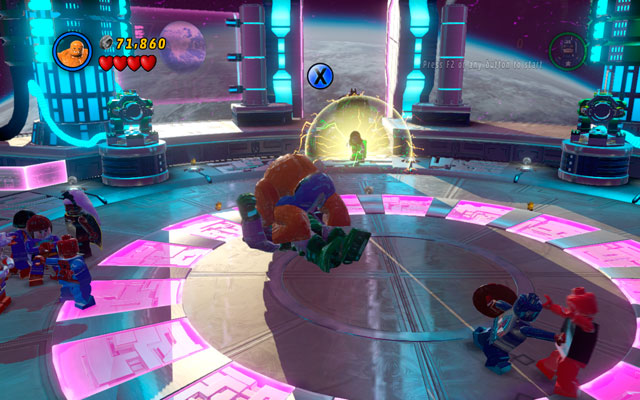 To defeat greater minion of Doctor Doom, you must knock him over. To do that, wait for him to start charging at you, then jump aside. When enemy is stunned, smash his face with the Thing, taking his mask off. Now you can use Spider-Man's web to throw dangerous monster away. 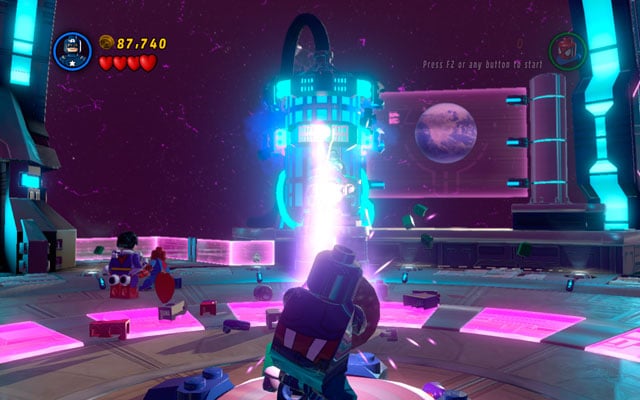 Go to the central part of the arena, then build a patriotic panel for Captain America. Use it to reflect the beam to the glowing device standing behind Doctor Doom's cannon. Wait for machine to explode, then punch an enemy. 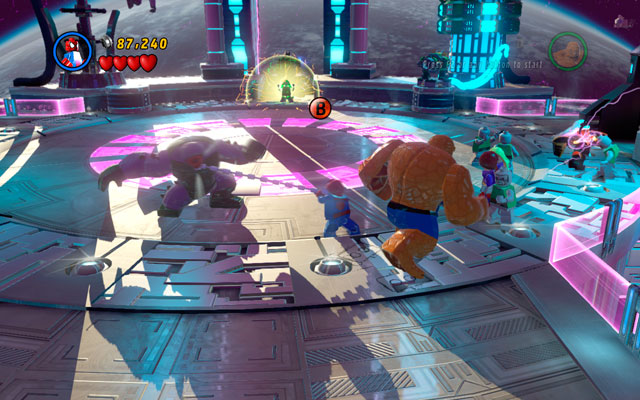 In this moment your fight will become very schematic. To win the battle, simply repeat all previous operations - that is: defeat huge minion, then break down second cannon. 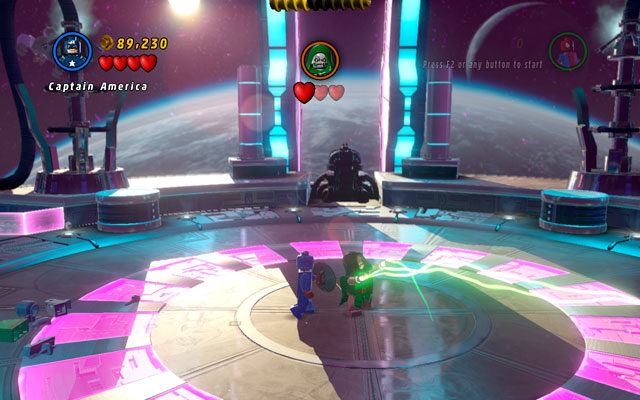 Final round looks very similar - throw big monster away, then defeat Doctor Doom in melee fight. If your character was possessed by the enemy, hit him with another superhero. Now the struggle is over.