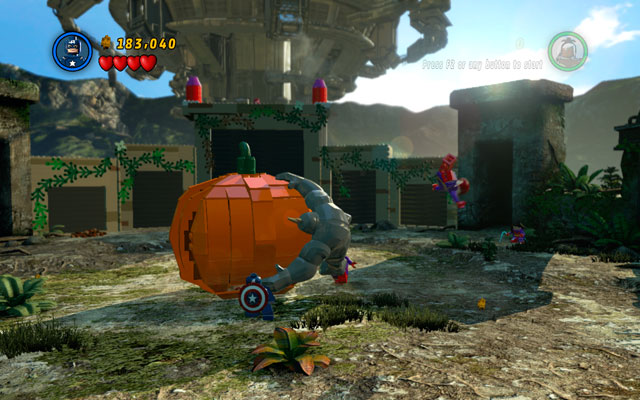 Struggle with Rhino is quite fun. You shouldn't bother yourself with nearby minions - they will appear endlessly, so fighting with them can be considered as a clear nonsense.

Search the arena for orange bushes, and destroy them all - then you can build a huge pumpkin from the debris. When it is done, direct an enemy into it: he will crush himself. 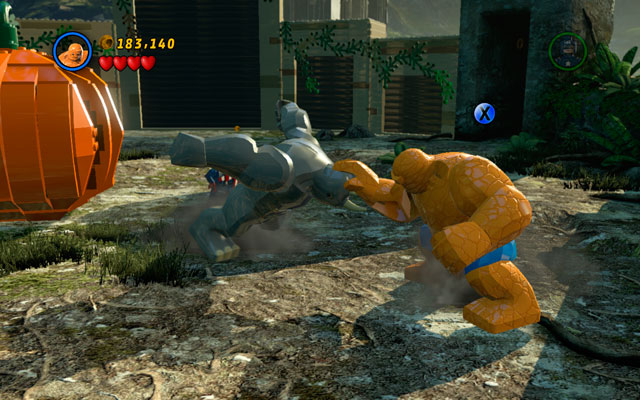 When villain is stunned, punch him as the Thing. After that hit an attack button as fast as you can, finally removing an enemy from the arena. 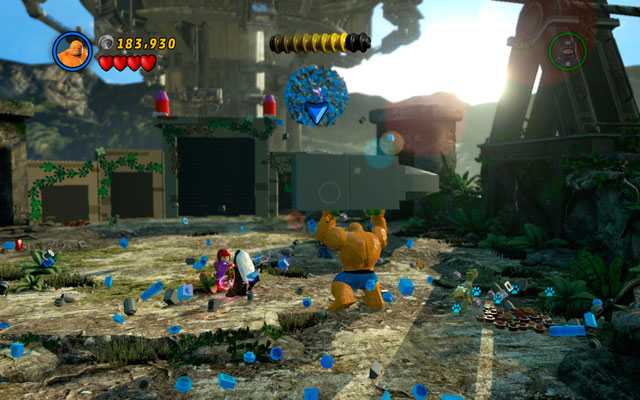 Now it is time to fight with Magneto. Dodge his attacks, simply running around the area and waiting for the bricks to appear. Build an anvil from them, then lift it as the Thing, so you can throw it at Magneto's metal fist. Wait for villain to fall, then smash him during melee fight. 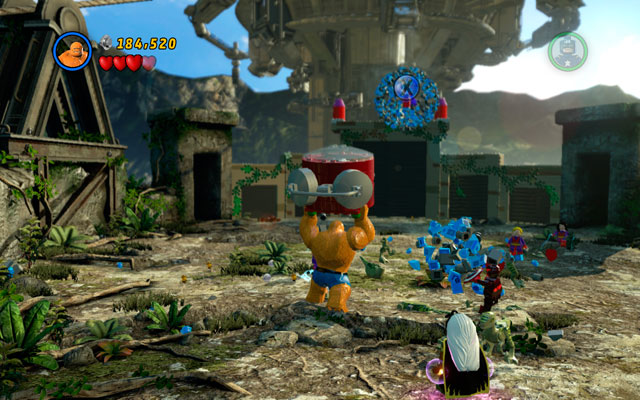 In second round act in the same way - the only difference is that you will have to use an alarm clock instead of anvil. 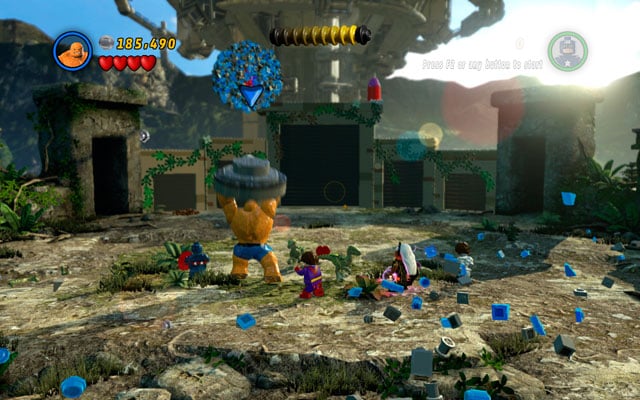 The final round looks the same as the previous ones. When fight is over, approach to the enemy and hit him for the last time, so you can end this mission.