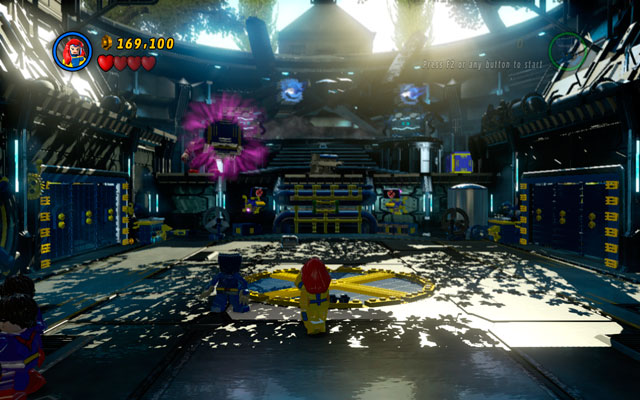 Struggle with Juggernaut is quite complicated and divided into few smaller sequences. During first you should choose Jean Grey - defeat some enemies (they numbers are infinite) and stand in the centre of the room. Wait for villain to throw a crate at you, then catch it with telekinesis and push it back to the enemy. This will demand some accuracy and reflex, so be patient! 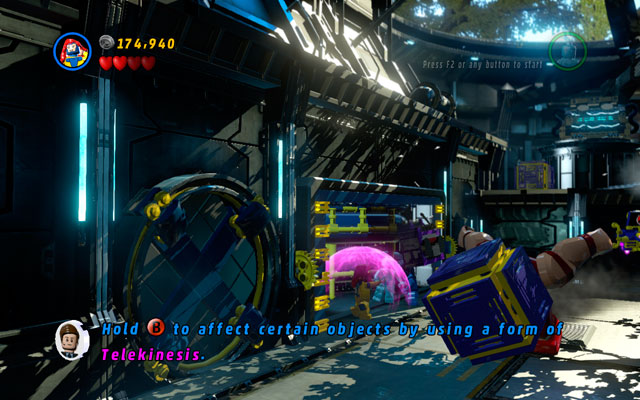 Second round is more sophisticated - the enemy will run around the arena, making your task much harder to carry. Nevertheless, you should turn to the left and extinguish the fire with Iceman - now you can build a lever from the debris. After that jump on it, simultaneously doing the same thing with second character (notice that levers are placed on both sides of the gate). When the room is opened, use Jean's abilities twice to create a radio (which will distract an enemy). 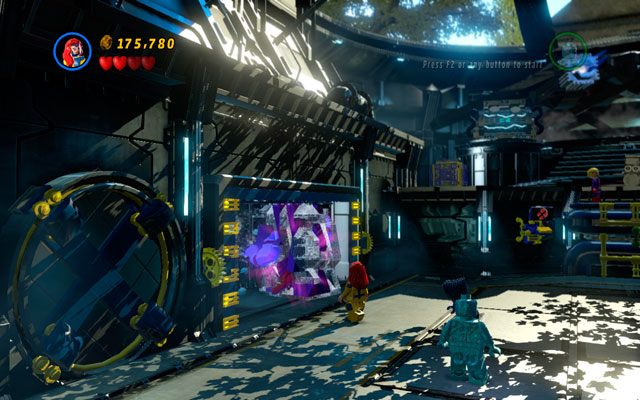 Wait for Juggernaut to block himself, then freeze him with Iceman. After that you can catch frozen villain with Jean's telekinesis and throw him up to the upper platform. In this way you will reset the whole sequence. 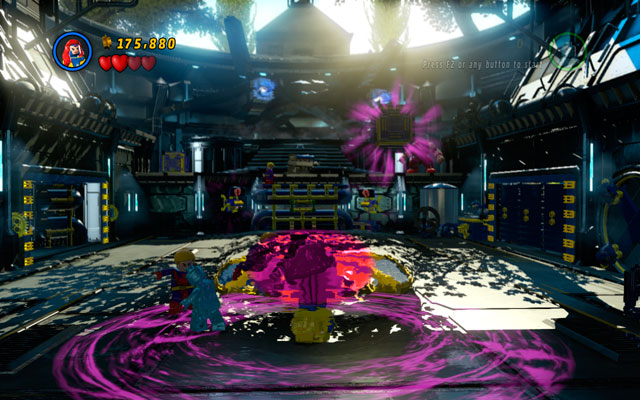 Villain will throw some crates at you again - catch them with your telekinetic skills, then return this "gift" to the Juggernaut. 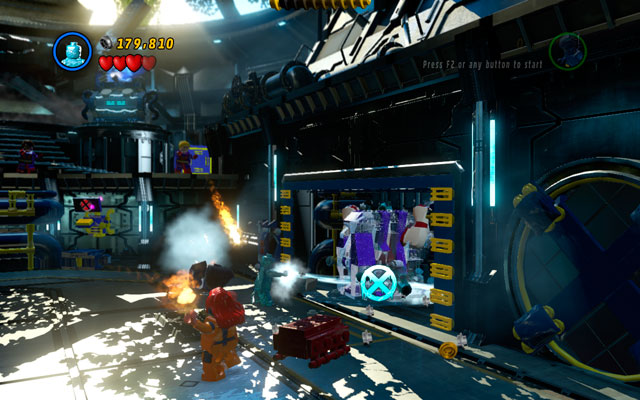 When the enemy is blinded, switch into Iceman and approach to the wall on the right so you can extinguish all fires. Build a computer from the debris, then switch it on as The Beast. After that destroy all objects hidden in the hangar and build an alarm clock from the bricks. Now you should know what to do - wait for enemy to block himself, then freeze him and throw an iceblock away. 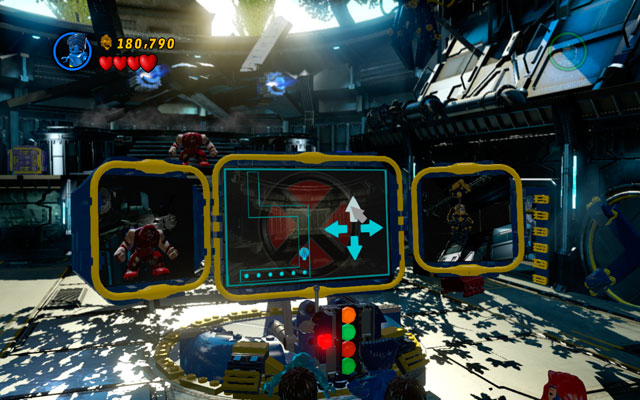 When Juggernaut throws another crate at you, build a computer from its debris, finally using it with The Beast (notice that only Jean Grey can build this device!). Your goal is to conduct the machine to the enemy - to do that, you must pass through the simply maze (simply click on the proper arrows on the right side of the screen). 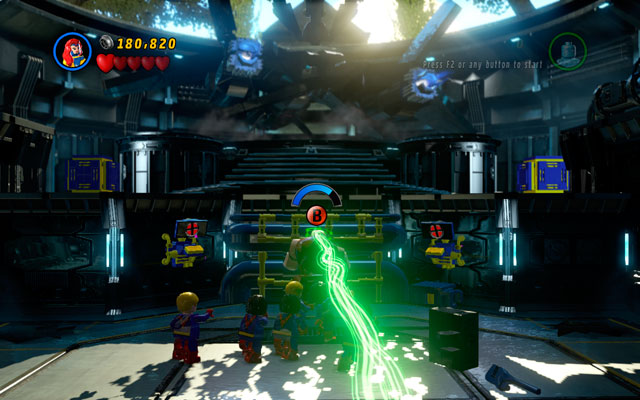 The last sequence is quite simply. When Juggernaut charges at Jean, take control over his mind, then use his unnatural strength to yank two green handles on the central wall, uncovering the water pipes. After that switch into Iceman and freeze an enemy for the last time. Now you can catch him with Jean's telekinetic grip and throw him away. The struggle is over!