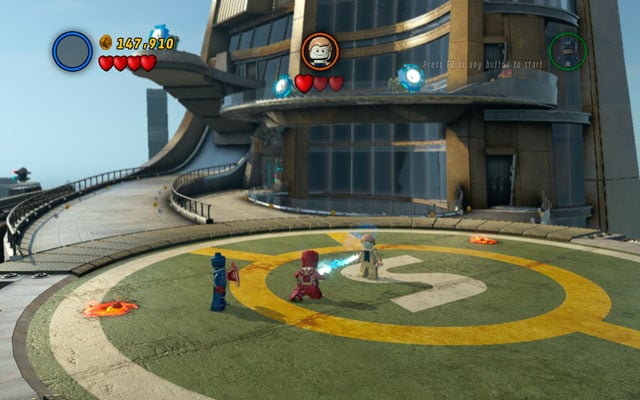 The struggle is very schematic - defeat all minions first, then wait for Mandarin to take control over your character. Punch him with second hero, then fight Aldrich (who appears suddenly from nowhere), trying to hit him as fast as it is possible. Repeat this pattern for three times to open up another stage of the duel. 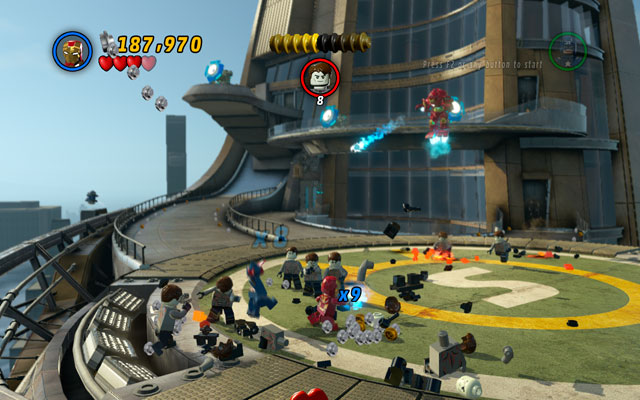 When the first boss is defeated, second one will enter to the Terminator Armor. Notice that your enemy is invincible now - you must defeat all 40 minions to make him vulnerable again. Kill all the enemies and try to dodge missiles fired by your enemy - stay focused and run around the arena constantly. 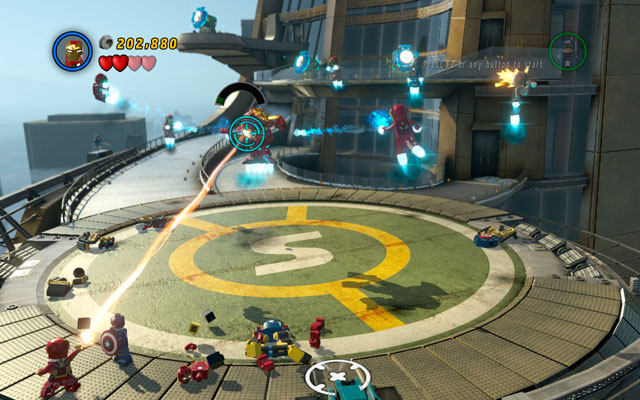 Duel with armored Mandarin is quite simply - you must fire at him constantly. When he has no more than 10% of his health, he will become invulnerable again, so wait patiently for the course of events. When all other armors are destroyed, build a panel from them and toss Captain's shield at it. 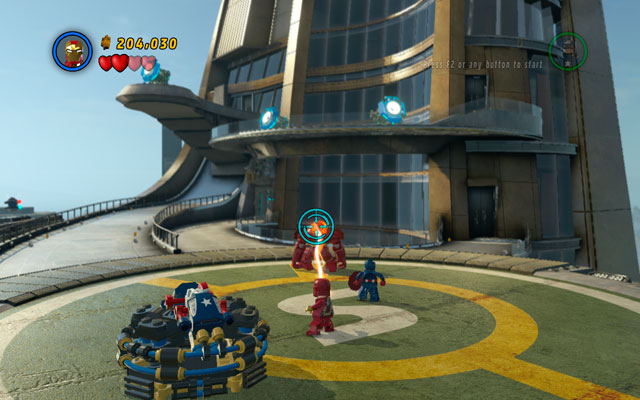 When the device is charged, huge explosion will occur, overloading some systems of Mandarin's Terminator. After that, approach to the enemy as Iron Man and melt golden plate on the villain's back. The fight is over!