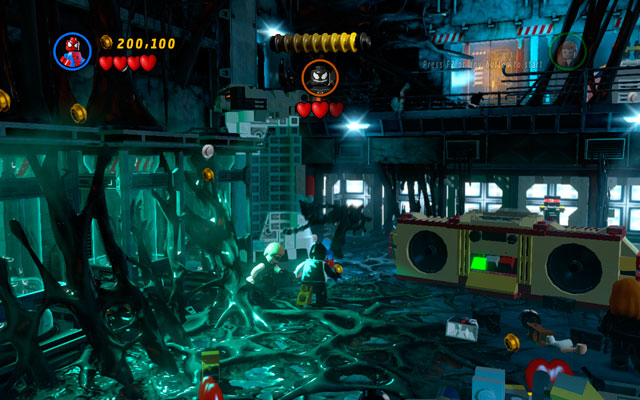 Duel with Venom is quite tough. Villain will summon enemies endlessly, so you shouldn't bother with them - just focus on the main problem. The boss is immortal for some reason: you must weaken him first to strike a crushing blow. To do that, destroy all objects standing on the left side of the arena and build radio from the debris. When it is working, run towards Venom and punch him in the face. The first stage of fight is over now. 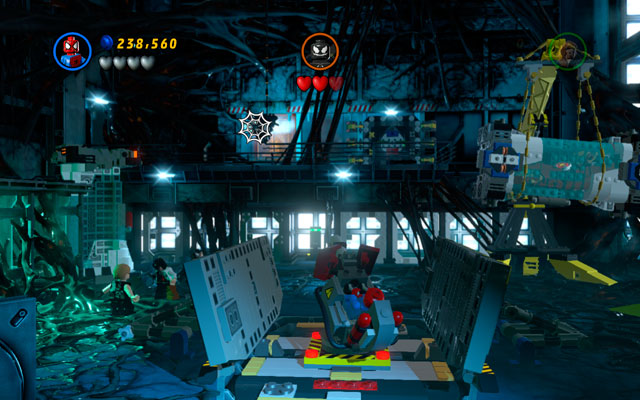 Wait for some time struggling with infinite group of minions - you need to survive long enough to see a computer appearing on the central wall. Use it to unlock huge fire thrower, then climb on it and shoot at Venom. When he's burning, you can hit him in a conventional way. 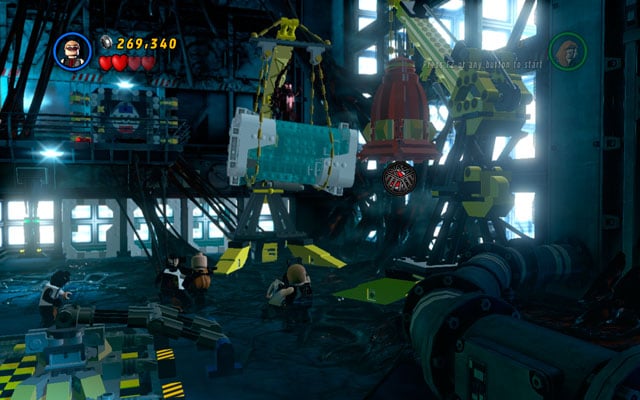 When the enemy is hardly alive, turn right and approach to the crane. Use spider sense to uncover two attachable points and yank them, scattering some bricks. Build a bell from the debris and switch your character into Hawkeye to shoot an arrow at the constructed object. After that approach to Venom and strike him with the final blow.