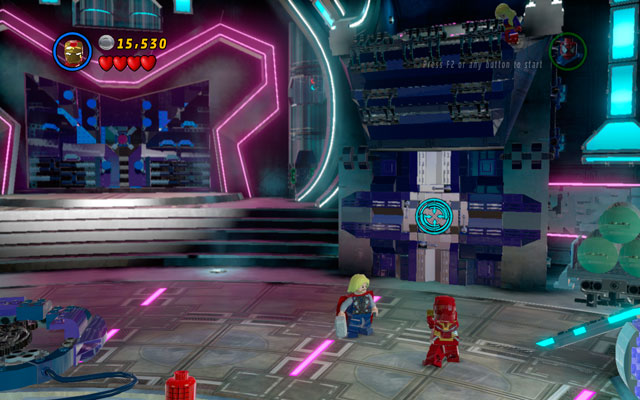 At the beginning of the mission you will be forced to fight with huge army of Magneto Acolytes. They will flow in endlessly - you must stop them in some way. To do that, switch into Spider-Man and use his spider sense on the wall located on the right side of the room. Uncover two attachable points, then yank them with your web, uncovering a silver plate in this way. Destroy it using Iron Man's rockets, then choose Thor and charge the battery. 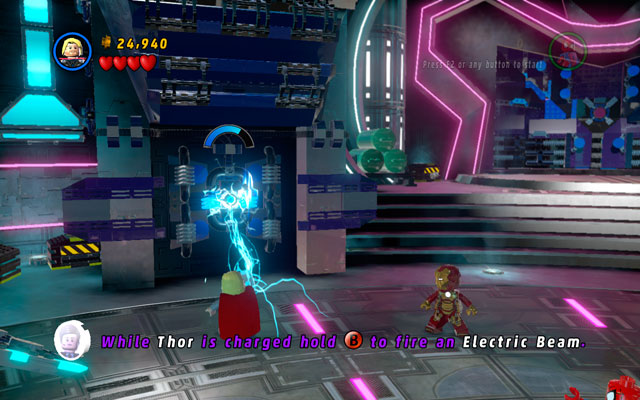 Turn left and look for the another silver wall. Blow it up, then charge second battery as Thor. After that build a lever from the debris and rotate it to open the door. 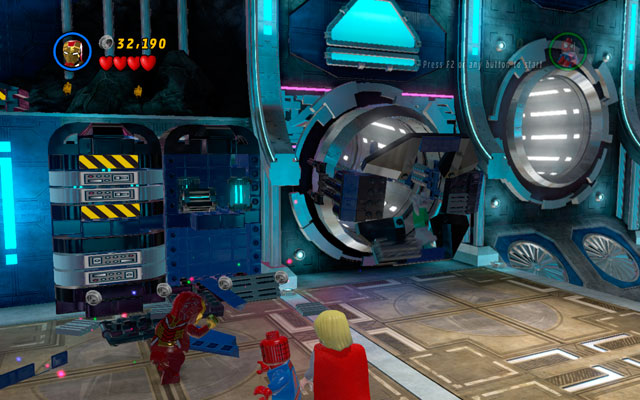 In next room defeat all opponents, then destroy all objects lying in the area. Build a stopper from the scattered bricks, then place it on the canal - you will partially stop the flow of enemies. After that you should jump over the gap on the right side. 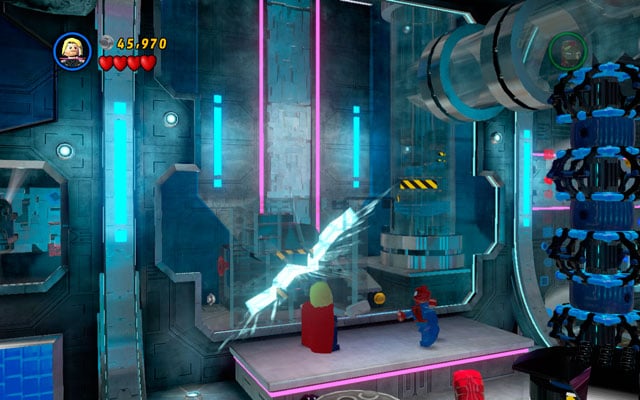 Kill all minions, then jump to the platform located above. Use spider sense to uncover a crack on the glass window, then smash it as Thor. After that switch back to Spider-Man and yank two attachable points to scatter some bricks. Build a battery from them and charge it with electricity. 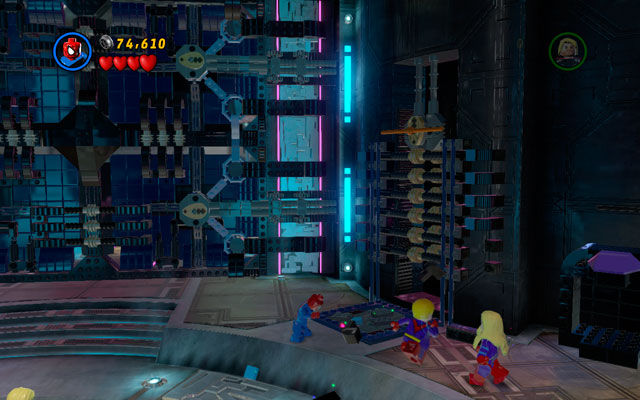 Move further, fighting with another group of enemies, then use spider sense to uncover the passage to the upper level. Go there, then turn right and destroy all things lying nearby, so you can build a lever from the debris. Now hung on the pole with character other than Spider-Man and leave it alone for a while. 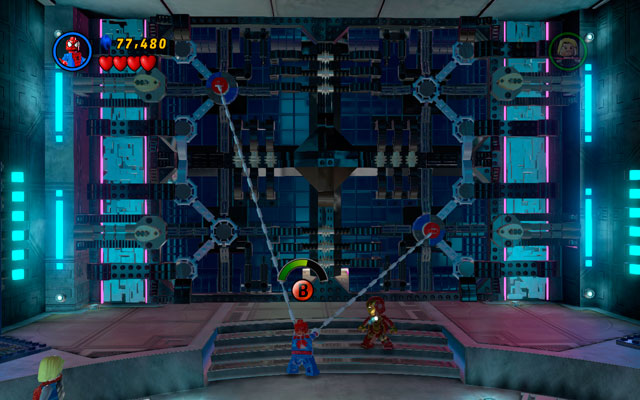 Move to the wall on the opposite side of the room and jump on another lever. When both switches are turned on, choose Spider-Man and shoot his web at two attachable points - you will open the door to next stage. 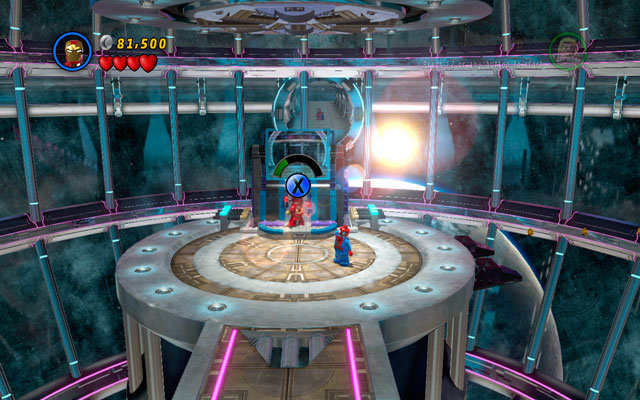 Defeat all enemies, then approach to the panel with two attachable points. Yank them, then build a computer from the debris. Use it as Iron Man to rotate the machine, so you can create a passage. Now it is time for the final battle with Magneto! 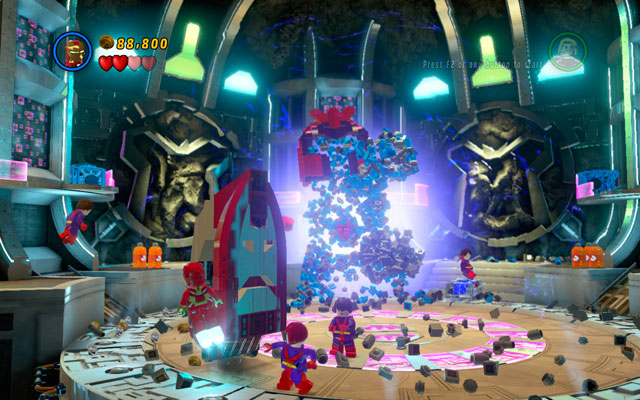 In first round try to dodge all attacks, running around the arena and waiting for enemy's mistake (notice that minions will flow in endlessly). Magneto will throw some bricks at you - avoid them for some time, then build a huge iron from the debris. Use it with Iron Man, so you can beat up the weakened villain. 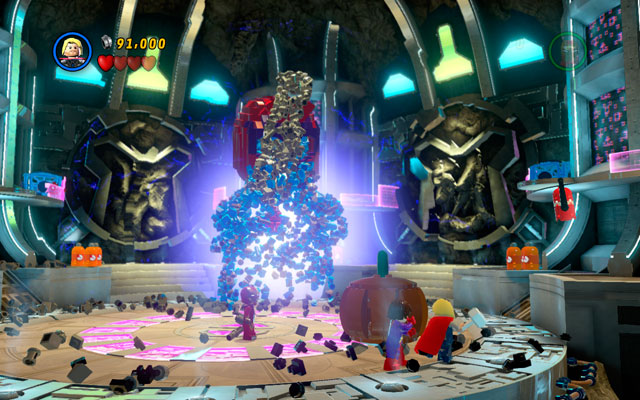 Second round is quite the same - dodge enemy's attack, waiting for the proper quantity of the bricks to appear. After short time you will have an opportunity to build a pumpkin from them and hit it with Thor's hammer. Now you can smash Magneto. 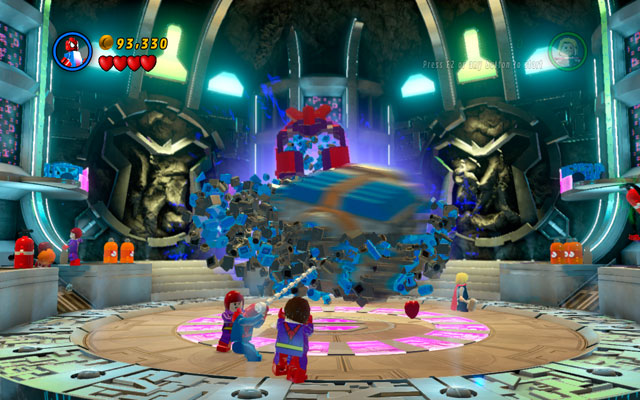 The final round is very similar - wait for bricks, then build a battery from them and charge it with electricity. When it is done, switch into Spider-Man and shoot his web at the attachable point, so you can finally defeat an enemy.