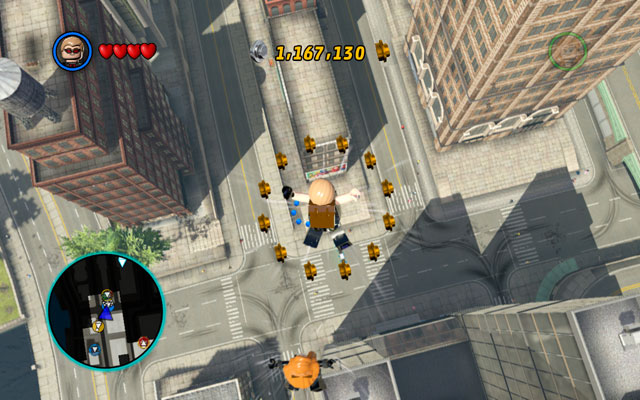 Jump from the S.H.I.E.L.D. Helicarrier using any of the gangway, trying to collect as much studs as it is possible. Then land on the ground and follow the trace showed on the minimap - you will reach Financial District. 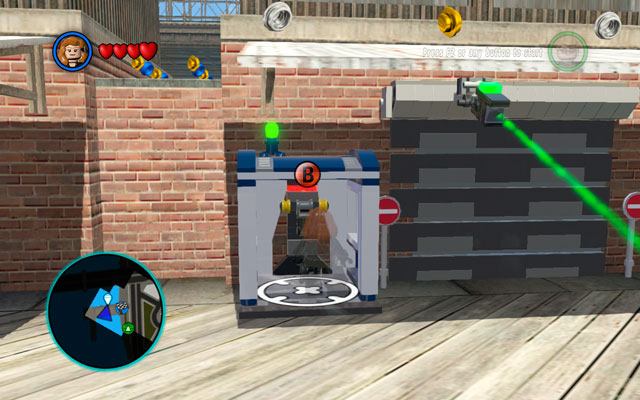 Go to the destination point and use Black Widow's invisibility power to avoid cameras. Open the garage using computer on the left and enter to the building, destroying all things hidden in there. After some time you will be informed, that previous trail was wrong and you must go to the Empire State Building instead of actual location. 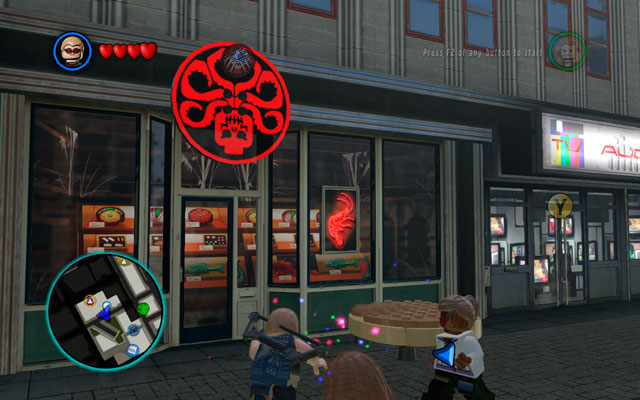 Go to the right place (showed on the minimap). Use Hawkeye's bow to shoot an arrow at the sign hung above the entrance - you will uncover an emblem of Hydra. Shoot at it once more and build a trampoline from the debris. Use it to jump to the arrow that you have already sticked into the sign. After some swings, the entrance will become open.