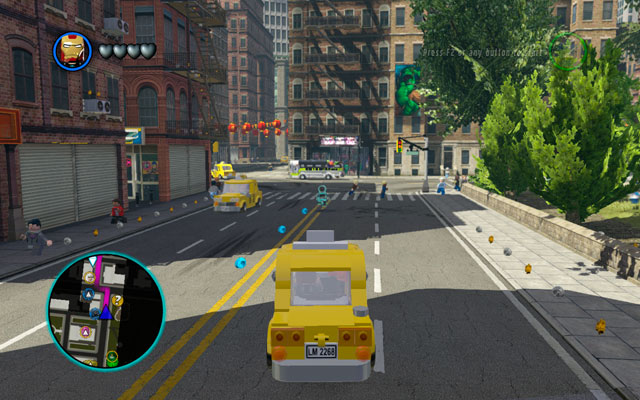 After Rock Up at Lock Up mission head to the Stark Tower to put on your armor. Notice that you can't fly without it, so all the way must be travelled by the foot or car. Remember that you can complete some missions and collect character tokens during your trip. 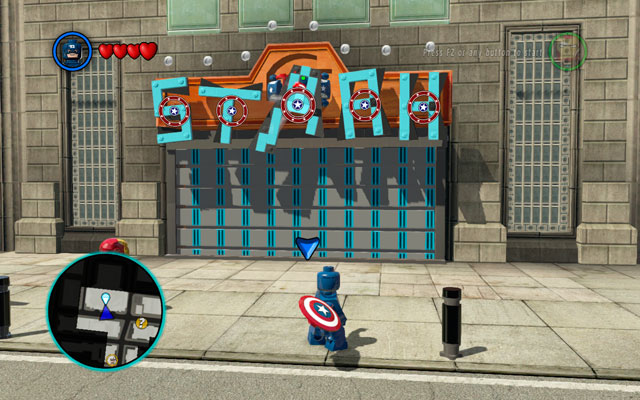 Go to the destination point - an arrow viewed on the screen and a route showed on the minimap won't allow you to get lost. Stand at the entrance and toss Captain America's shield at the STARK letters. Then build a switch from the debris and throw your shield once more. 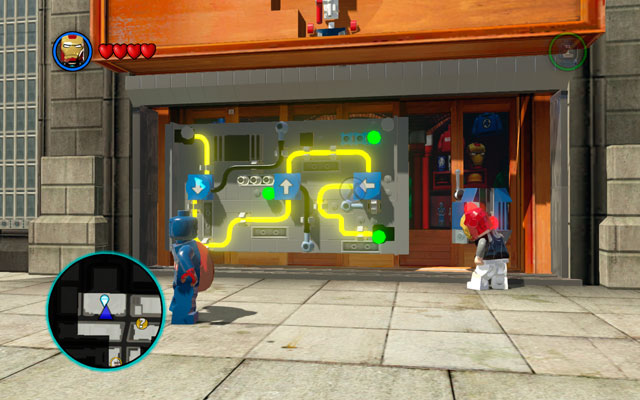 Approach to the panel on the right as Tony Stark and switch the device on. Your goal is to rotate all wires in the proper direction to connect both power points. The right combination is showed on the screen above.

After that, enter the building.