After the Times Square Off mission you will take control over the two new characters: Hawkeye and Black Widow. The man is a brilliant archer, able to fire at the long range and detonate his arrows. Charming woman - on the other hand - is preferring two pistols and can turn herself invisible, so she can avoid being noticed (by cameras too). 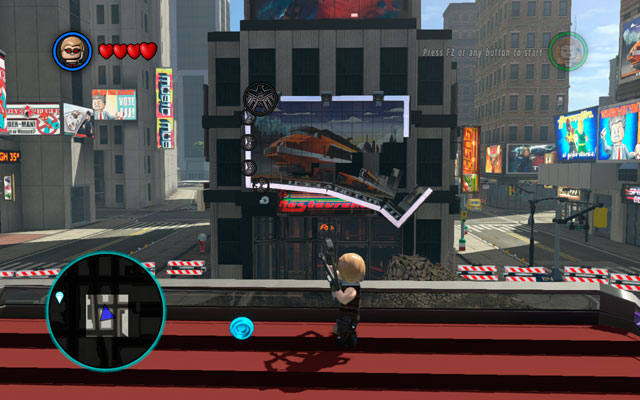 At the beginning of the stage approach to the balustrade as Hawkeye and detonate all silver elements surrounding a billboard at the opposite side of the huge hole. In this way you will uncover some attachable points, at which you should fire some arrows. 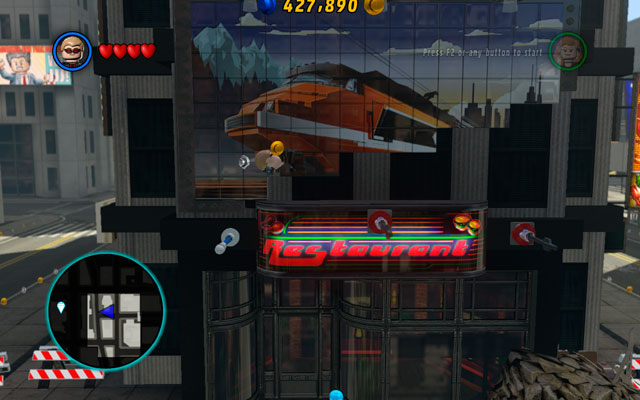 Turn right and go round the hole. Approach to the billboard that you have already detonated and jump through the arrows and poles to the other side of the street. You must do that with both characters. 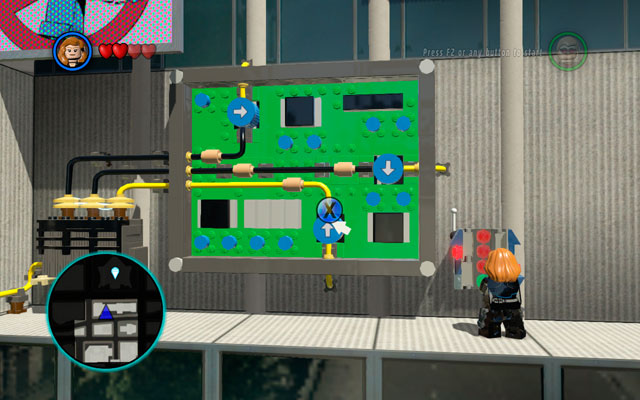 The way to the next location is blocked by the electrified, deadly surface on the ground. To solve the problem, switch into Black Widow and jump between two white-and-blue walls on the right to climb on the roof. Then use a computer on the left and turn electricity off (to do that you must disconnect all wires by clicking on the every arrow showed on the screen). After that you can jump down. 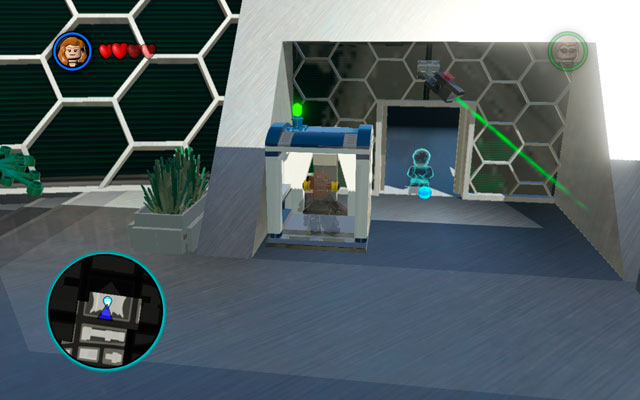 Use Hawkeye's "rope arrow" to yank the closed gate, so the passage could be open. On the other side of the area choose Black Widow and switch her invisibility skill on to avoid being noticed by the camera. Then hack the computer on the right to turn all securities down. Now you can enter Oscorp building!