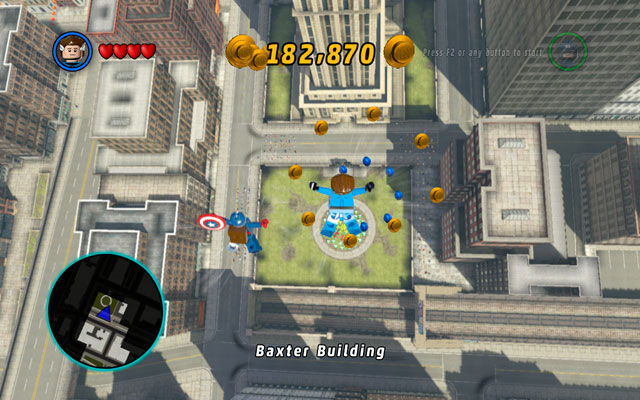 Mission starts on the S.H.I.E.L.D. Helicarrier, on which you can collect more than 50 000 studs. When your hunger for richness is satisfied, jump from the ramp on the left, as phantom-character shows. Your fall will end in the park next to Baxter Building (remember to collect studs during your flight!). 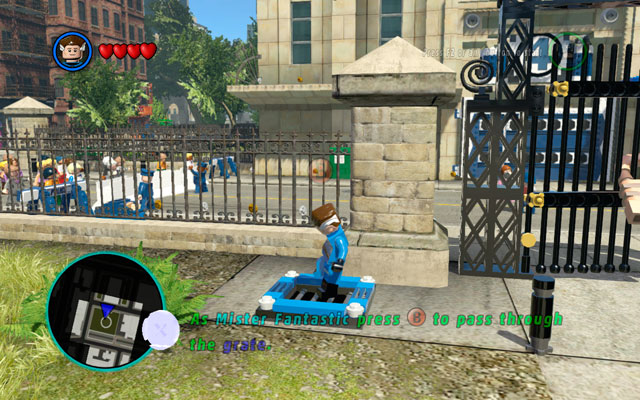 Approach to the lantern, standing close to the iron gate. Demolish the lamp and build a manhole to sewers. Now choose Mr. Fantastic and use his changing shape ability to get through to the other side of the wall (interaction button). 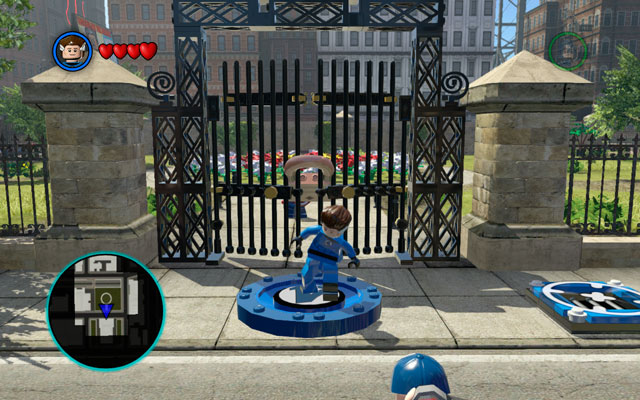 Destroy the satellite antenna standing next to the TV Van and build Fantastic Four panel from debris. Stand on the pad and then push the interaction button. In this moment, the gate will stand open. 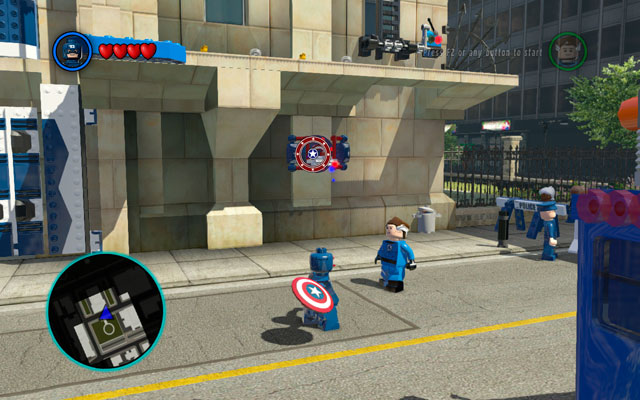 Change to Captain America and toss your shield at the color device on the right. Climb on the ladder as Mr. Fantastic and glide over the gap using jump button and holding it down. 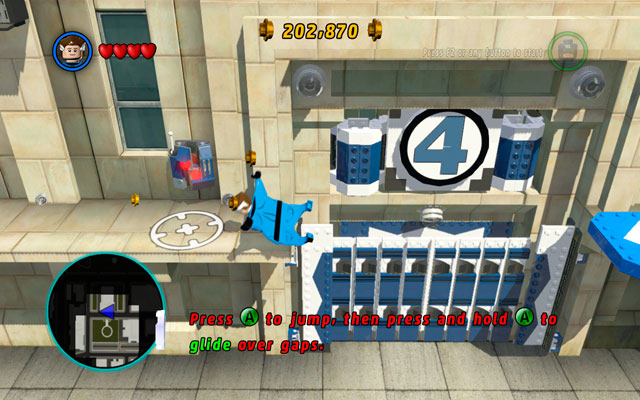 Use the computer with Mr. Fantastic to hack the system - push the interaction button and then mash the attack button. On that moment siren will ring out and two automatic laser cannons will shoot you. 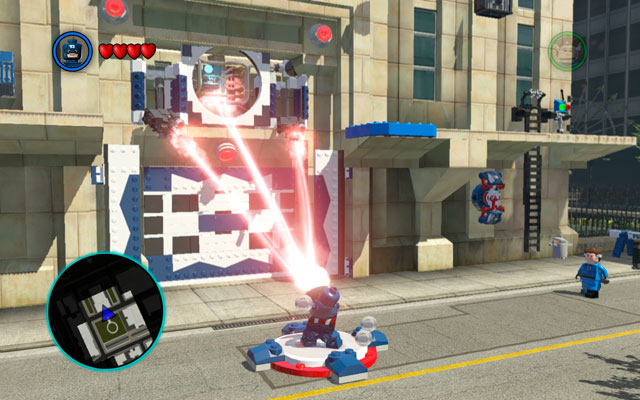 Move to the safe area and use Captain's shield to defend yourself (interaction button). Stand on the American platform located on the centre of the square and reflect deadly beam into electric cables (they are hidden between cannons). Now enter the building.