A handful of tips 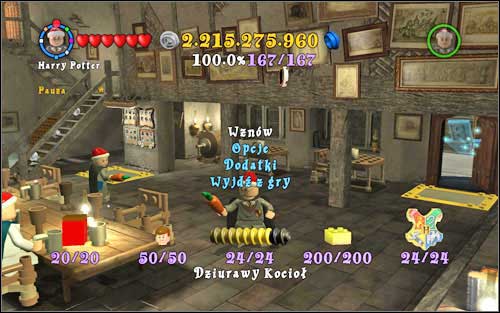 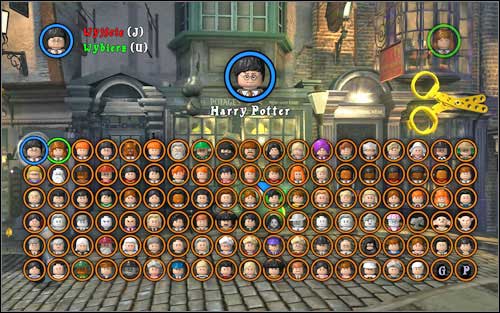 In the guide, spells are referred to by shortcuts - take a look at the table to learn which shortcut corresponds to which spell. They are group in order in which you will obtain them in the game. Each learnt spell/ability will give you a Gold Brick.

NOTICE: You don't get a Gold Brick for mastering the Time Turner ability. 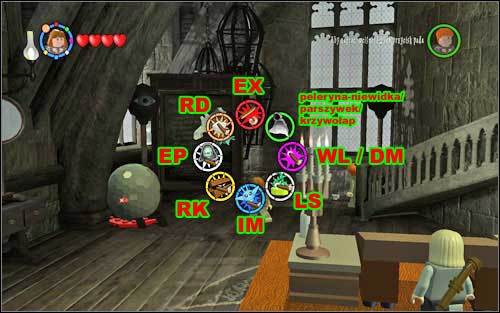 Just like in the previous LEGO games, the studs have given values:

There are 50 students in total to save in the game. You get a Gold Brick for helping each of them.

In total, there are 20 Red Bricks in the game (plus 4 available from the very beginning). Each time you find a Red Brick, you have to send it using an owl to the Eeyelops Owl Emporium, where, after buying them, you can unlock various bonuses. Below you will find a list of Red Bricks, their cost (in brackets) and the locations where you can get them.

There are 200 Gold Bricks in total:

24 Gold Bricks - for finishing each level

24 Gold Bricks - for completing the Hogwarts Crest on each level

50 Gold Bricks - for saving the Students in

16 Gold Bricks - for completing each class in Hogwarts

10 Gold Bricks - for finishing each level at Gringott's

4 Gold Bricks - in the basement of the Leaky Cauldron

At each level, during each year, you can get the True Wizard status for collecting enough studs. Just destroy everything you come across. The score multipliers will make things easier, which you can get obtaining appropriate Red Bricks. In return for filling up the studs bar, you will receive an additional Gold. 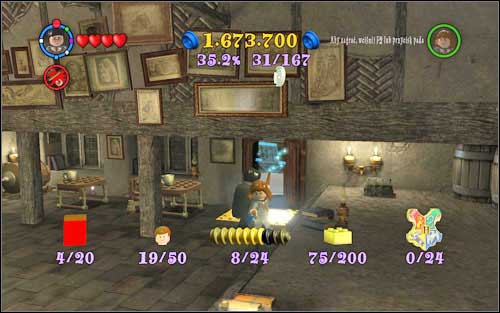 The door leads to Hogwarts - you will move to the castle, where you can freely move throughout the rooms or go to the marked spot in order to complete a story mission. 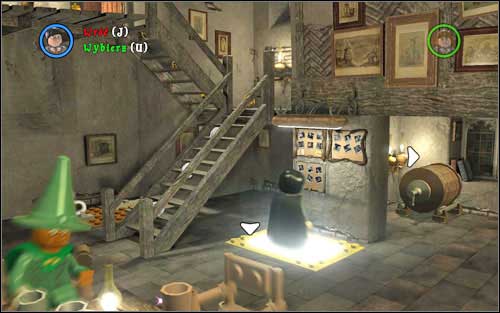 The board allows you to replay levels - also in Free Play mode, where you can choose which character you want to play with. 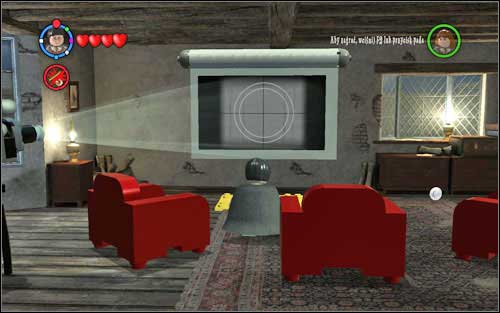 Go up the stairs to reach a room in which you can watch all the movies you've seen up until now.

In the store, you can buy bonus character collected during the game #1. In the changing room #2 you can change into a created suit.

In the shop you can find some additional spells #1 and input codes on the board #2. 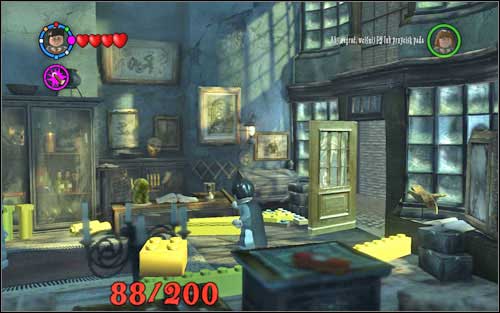 Borgin and Burkes - all the Gold Bricks you've collected are stored in this shop. After getting all 200, come to the shop to play a bonus level. 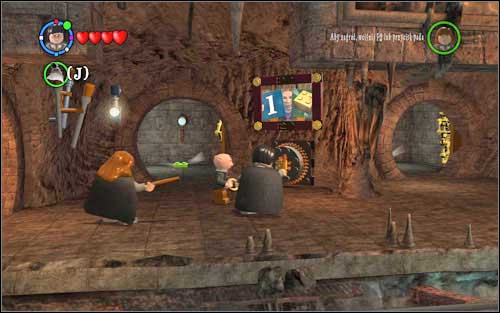 In Gringott's Bank, you can play 10 bonus levels, mixing all the abilities you've learned throughout the game. You can access the Vaults after collecting 5 Gold Bricks. Each next level requires 5 more Bricks to unlock.

This site is not associated with and/or endorsed by the Warner Bros Interactive or Traveller's Tales. All logos and images are copyrighted by their respective owners.