This guide to LEGO Harry Potter: Years 1-4 contains a complete set of information that each young magician needs in order to finish the game in 100%. Apart from some basic information on the gameplay mechanics, Hogwarts, spells and The Leaky Cauldron you will find a description of all the mission you have to complete during each year spent in the castle as well as a detailed description of the bonus items - Red and Gold Bricks, Character Tokens and Crests. Additionally you will find a map of Hogwarts which will prevent you from getting lost in this castle, full of passages and corridors. There's also a list of bonus locations and characters in a convenient form.

Markings used in the guide

Our guide to LEGO Harry Potter: Years 1-4 uses various color markings. Thanks to them you will have an easier time finding important information.

LEGO Harry Potter: Years 1-4 is an adventure action game. You play as a young wizard called Harry Potter, a fictional character created by J.K. Rowling. You will accompany him on his various adventures that happened during his first four years in Hogwarts.

To some extent, the game offers an open structure. Besides the main storyline, you can explore Hogwarts freely and look for additional missions. This gives you a chance to meet with characters known from the books and movies. You can also participate in lessons, learn spells or fly on a broom.

This chapter is a complete walkthrough for the story mode. Here, you can find tips for each of the levels. The most important pages are:

Check LEGO Harry Potter: Years 1-4's system requirements to know whether you can run the game or not: 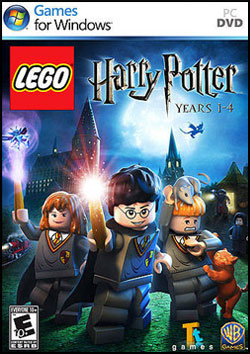 LEGO Harry Potter will allow gamers to play as LEGO versions of Harry Potter, Ron Weasley, Hermione Granger, and other characters from the books during their first four years at Hogwarts School of Witchcraft and Wizardry.

Players will be able to attend lessons, cast spells, mix potions, fly on broomsticks, and complete tasks to earn house points in Hogwarts Castle, and visit familiar settings like Diagon Alley, the Forbidden Forest, and the village of Hogsmeade. This site is not associated with and/or endorsed by the Warner Bros Interactive or Traveller's Tales. All logos and images are copyrighted by their respective owners.