This page of our guide explains how to find 10 Zymods during the Reptile Revealer challenge in LEGO Star Wars: The Skywalker Saga.

General information about the assumptions of the challenge 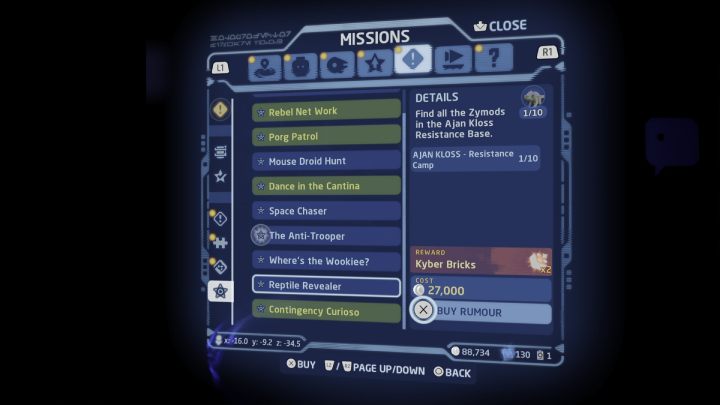 You unlock the Reptile Revealer challenge by completing Episode 8 - The Last Jedi. Your goal is to find and shoot 10 chameleon-like animals in the resistance camp on Ajan Kloss.

After buying a rumor and activating the challenge, the search areas will appear on the map. A single search area can hide a few creatures at once.

You will receive 2 Kyber Bricks for completing the challenge. 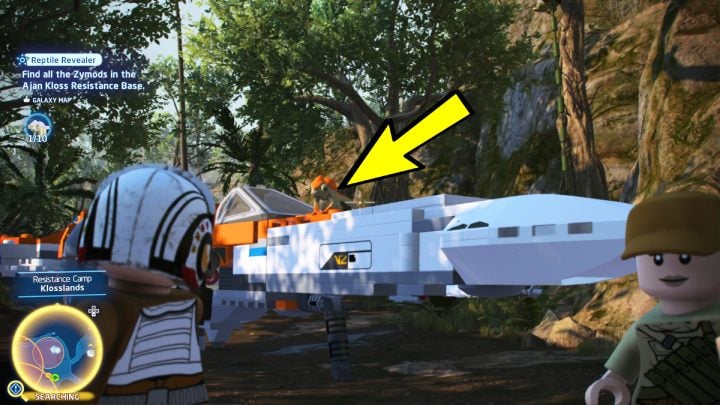 There's an orange chameleon on one of the ships. 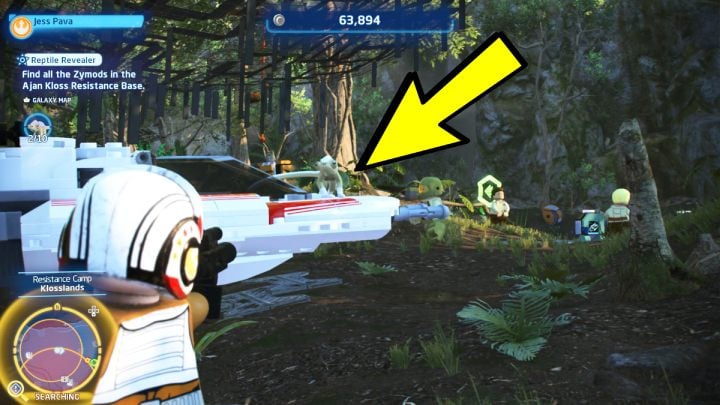 There's a white chameleon on a ship underneath the net. 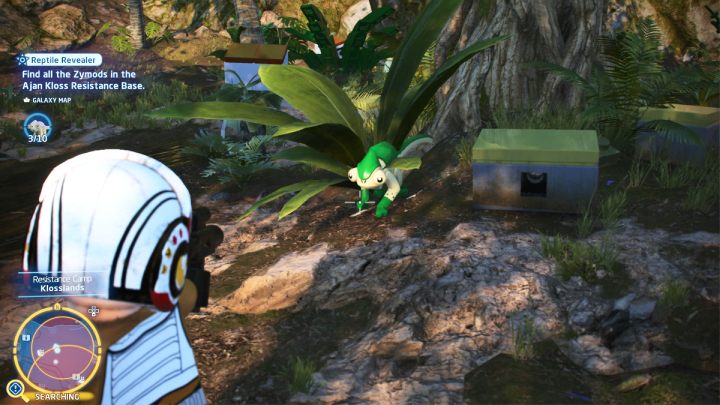 There's a green chameleon hiding by the tree. 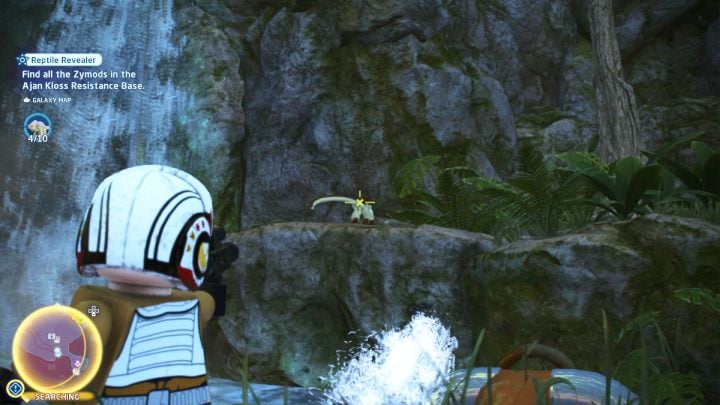 There's a brown chameleon on a rock by the waterfall. 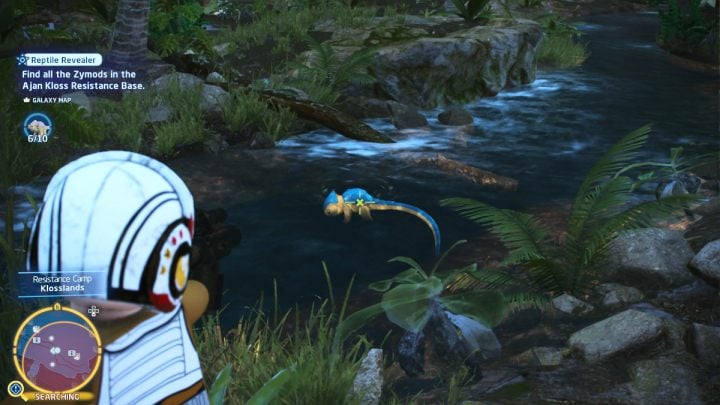 There's a blue chameleon bathing in the river. 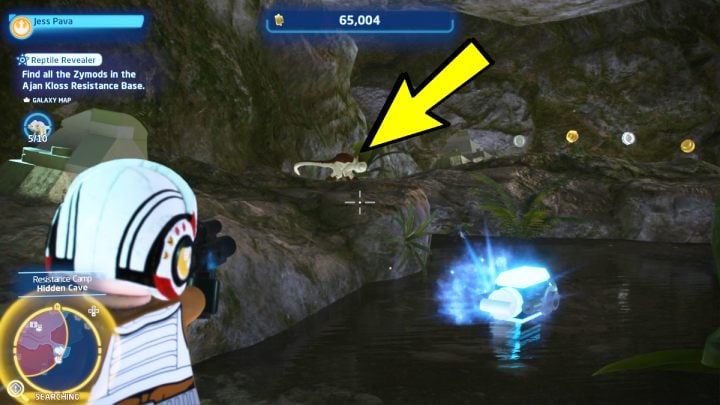 There's another brown chameleon in a small cave behind the waterfall. 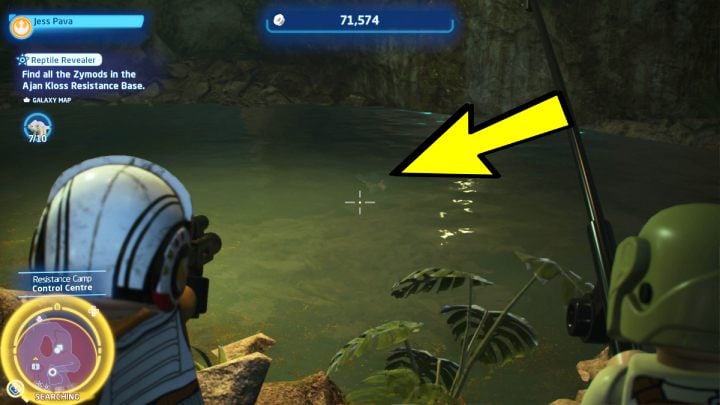 There's a chameleon at the bottom of the lake inside a cave, in the control center. 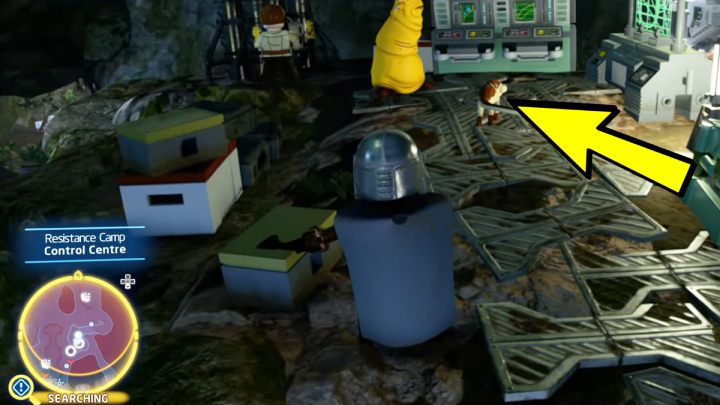 There's yet another brown chamaleon by the machines in the control center. 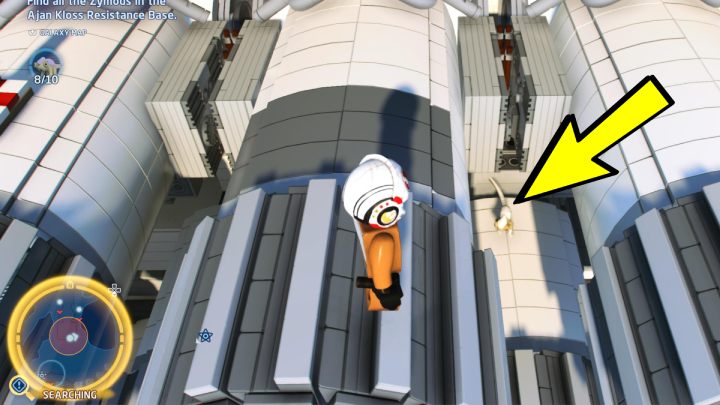 There's another white chameleon on a large ship near the control center. 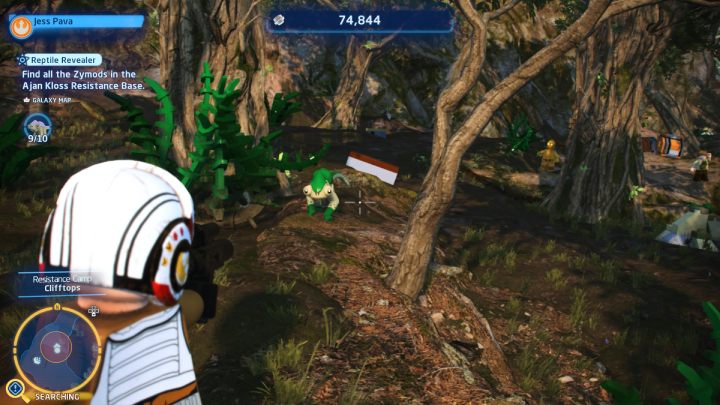 There's another green chameleon by the trees on the cliff.