This page of the guide to LEGO Star Wars: The Skywalker Saga contains a walkthrough of the trials on Ajan Kloss in the Resistance base. You'll find out what rewards you can get obtained in the Secret Ajan Man and Tyce's Totally Tough Time Trial quests. You can get the BTA-NR2 Y-wing and Wrobie Tyce as a character for participating in these trials. 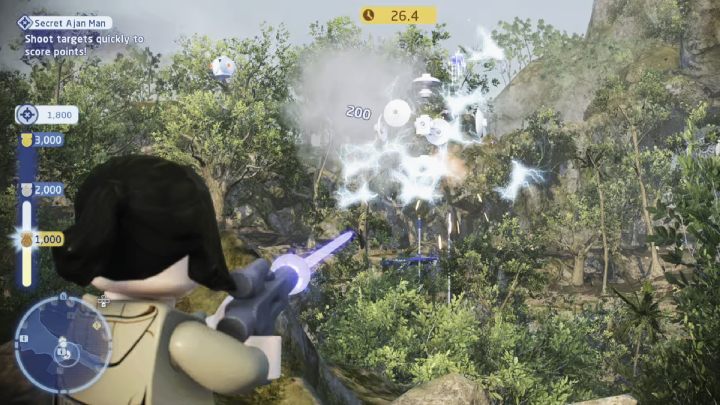 To complete the trial, you have to score as many points as possible by shooting down flying droids within 60 seconds.

Depending on the score, the rewards for participating in the trial are: 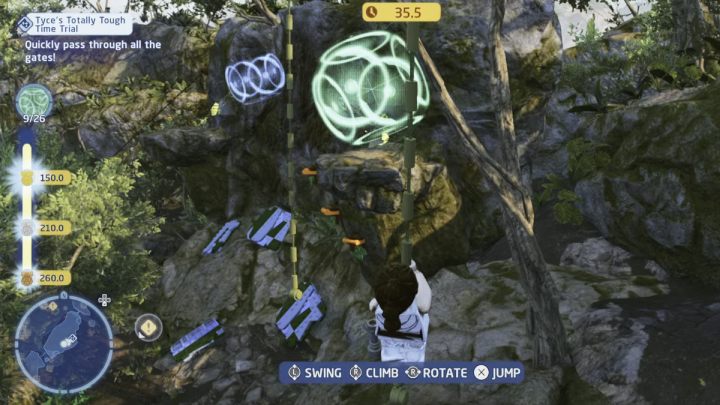 To complete the trial you have to pass all 26 gates one after another as quickly as possible. Only a Scavenger can do this task.

The direction of the next gate will be marked by a small green icon on the screen. The race track runs through various obstacles, e.g. a vertical rock wall. To overcome it, simply run into the marked element of the wall.

Depending on the time the trial took you, you can get the following rewards: