This page of the guide to LEGO Star Wars: The Skywalker Saga contains a walkthrough of the Kanjiklub Recruitment side mission. You will learn how to acquire new members for Kanjiklub on Takodana in Mos Eisley and Uscru. 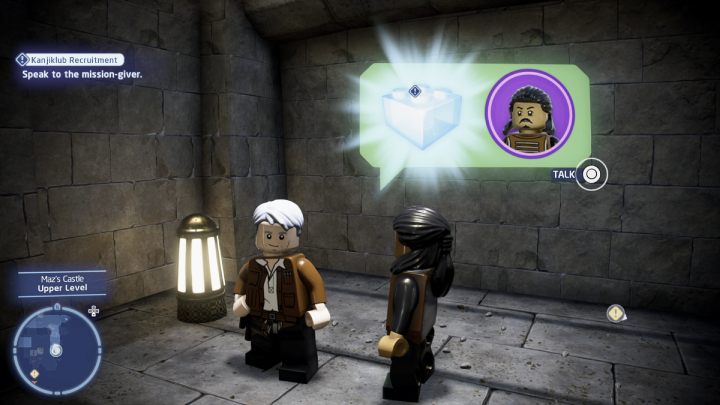 While controlling Han Solo from episode 7, talk to the quest giver on the upper floor of Maz's Castle and accept the contract. 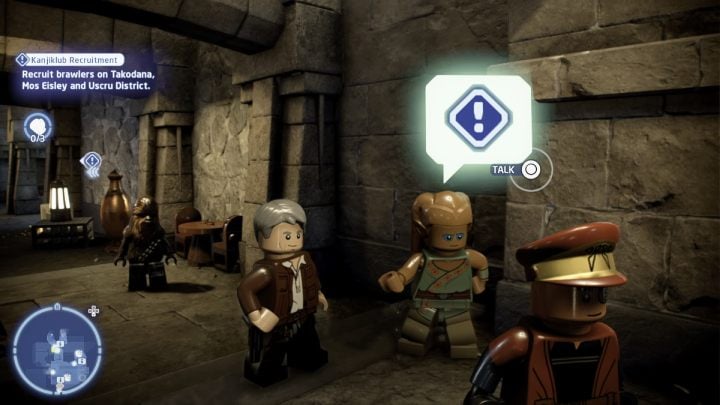 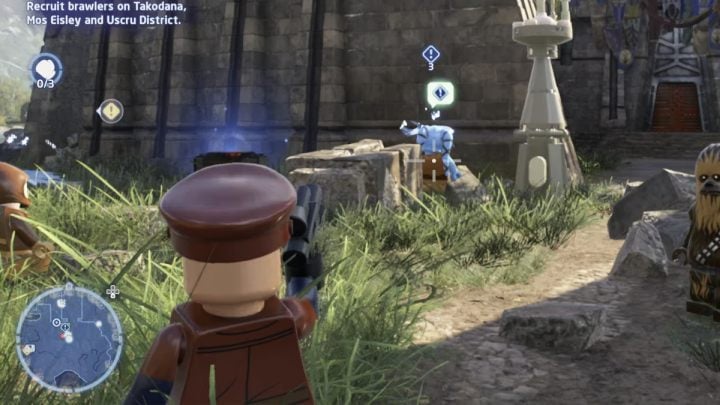 Go down to the ground floor of the castle and talk to the Kanjiklub member near the stairs. Next, go outside the castle and defeat the person who caused the fight. Talk to the brawler once he's knocked out. 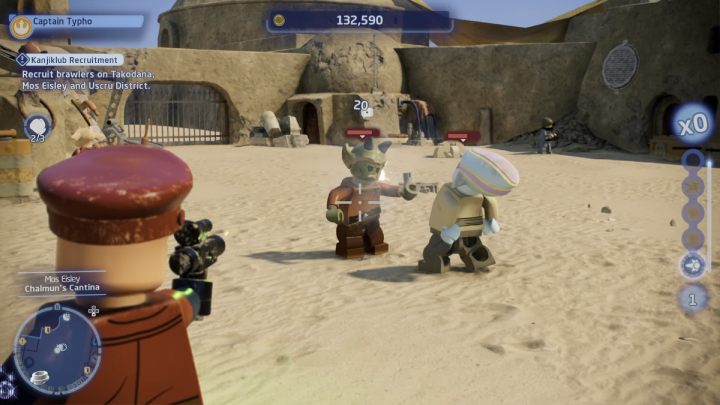 Go to Tatooine to Mos Eisley. In front of the canteen you will find another Kanjiklub candidate. Shoot him down and encourage him to recruit. 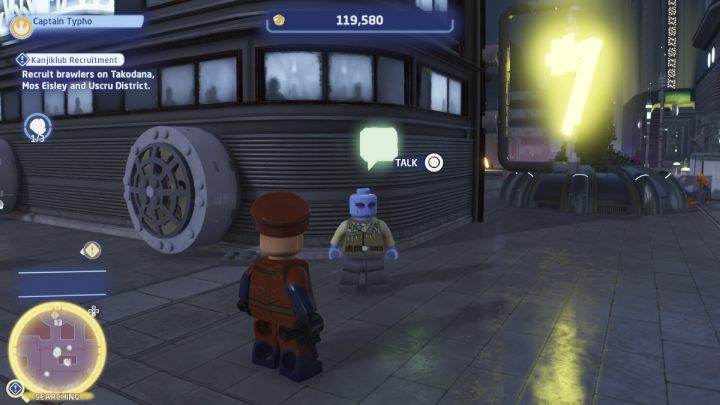 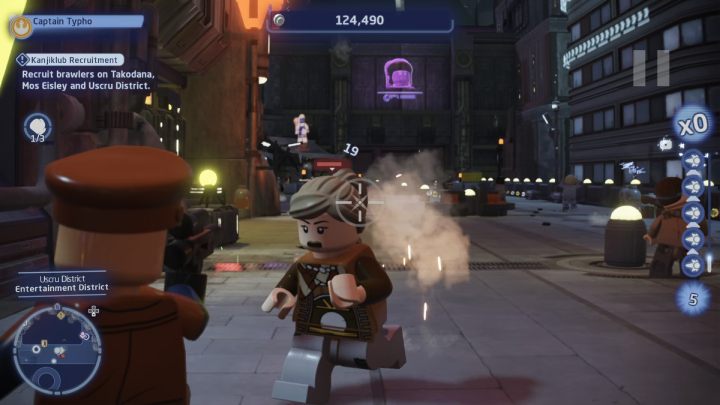 Finally, fly to Coruscant to the Uscru district. Talk to the dweller by the landing field. Go near the club and defeat the woman who will attack you. Once she's knocked out, talk to her and return to the quest giver to collect the reward.