On this page of the guide to LEGO Star Wars The Skywalker Saga you will find a description of the Frosty Rebels challenge . Our walkthrough describes the assumptions of the challenge and how to free 10 rebels in the Echo Base from the planet Hoth.

General information about the assumptions of the challenge 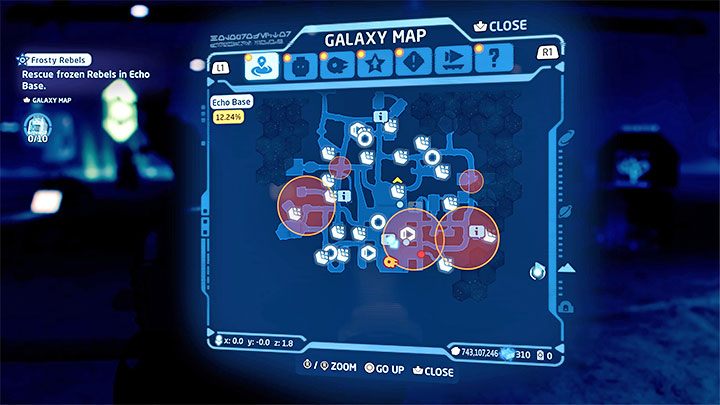 This challenge is entirely related to the Echo Base location on the planet Hoth . This place should be unlocked during the completion of the original trilogy (parts IV-VI).

You should start following the challenge, thanks to which red circles will appear on the map (the picture above). You can start exploring these places. The smaller red circle is 1 rebel to be found, and the larger ones have 2 or 3 people. 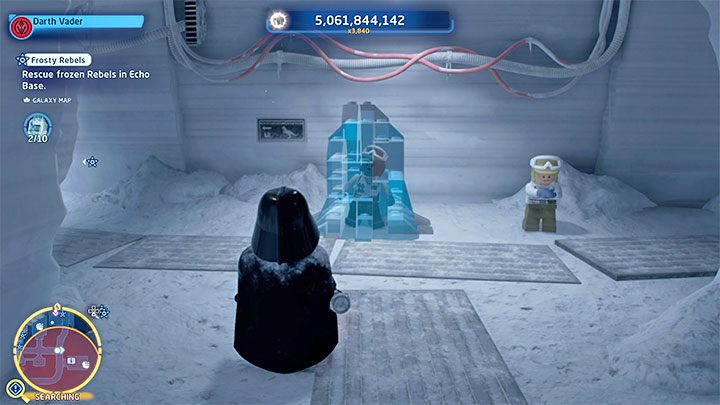 After reaching each frozen rebel (example in the picture), you have to free him. It's simple because you can use any attack you like (e.g. melee). After a few hits, the ice block will disintegrate and the person will be released.

The reward for freeing all 10 characters is 4 Kyber bricks . 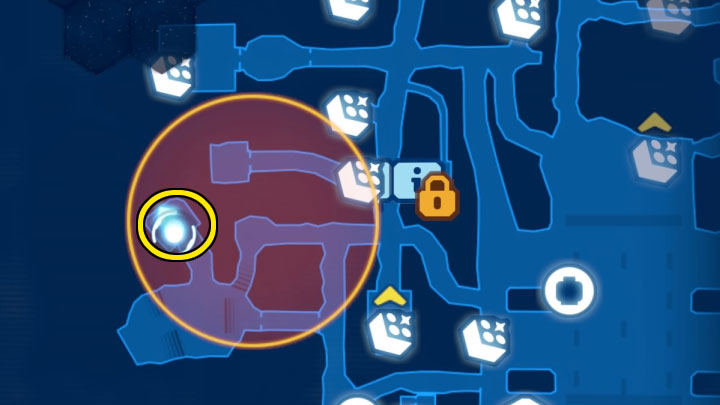 You shouldn't have any problems finding 8 out of 10 rebels, because they are in generally accessible places. The last 2 rebels are more problematic, as they are in locations related to the puzzles in the Echo base.

One of the rebels is related to the Brief Encounter puzzle and the ice block is in the locked room shown in the picture in the south-western part of the base. 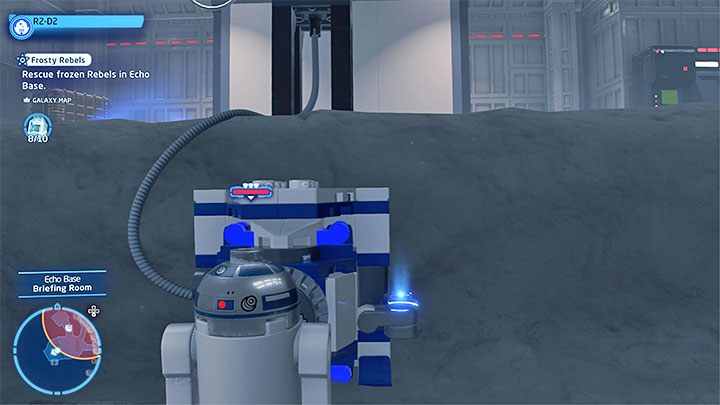 Destroy the surrounding objects and you will reveal a blue terminal. Interact with it as R2-D2 to start the projector. 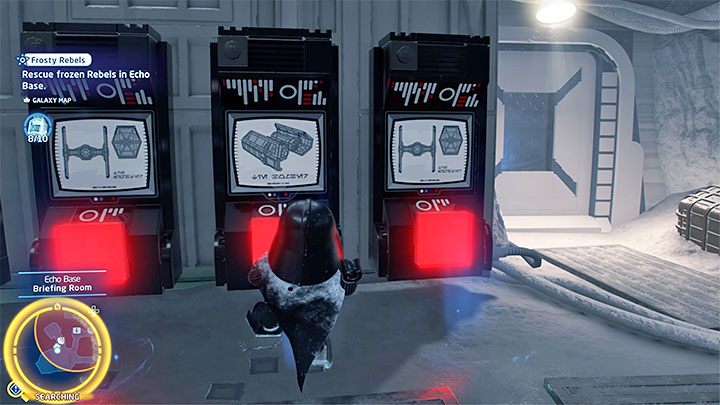 The projector will start to display the diagrams and you need to memorize their order - bipedal mech, fighter, AT-AT, rectangular ship. Imitate it by interacting with the 4 side buttons. 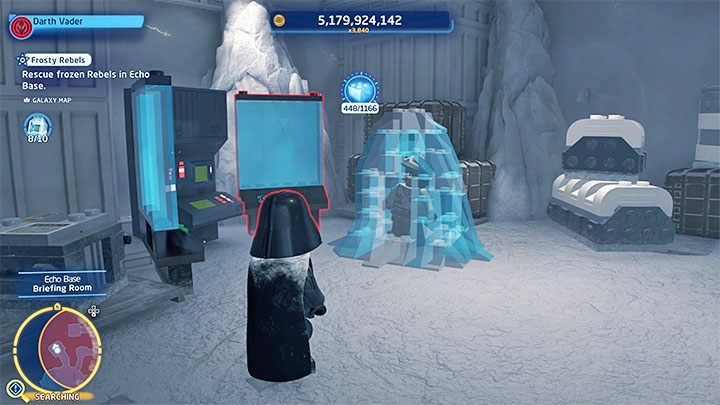 You will unlock access to the room in which, apart from the Kyber brick, there is also a rebel trapped.

Frozen Rebel from the Frozen in Space puzzle 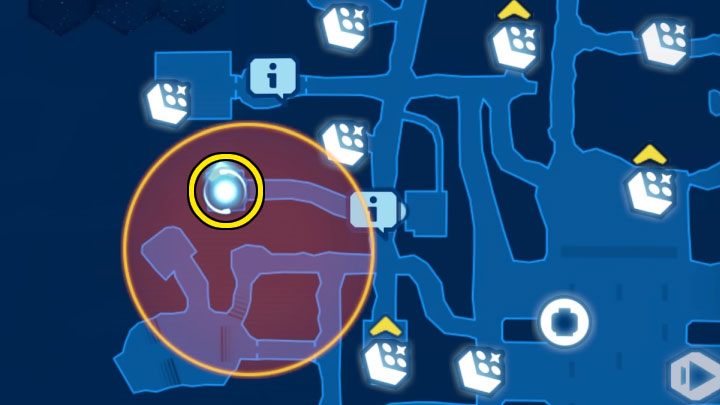 The last rebel is at the end of the western corridor marked in the picture. By default, you can't get there and you have to complete the Frozen in Place puzzle. 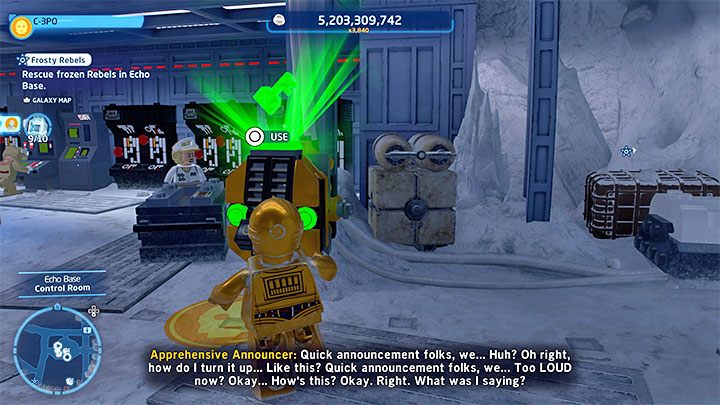 Talk to the person on the other side of the closed door and you will learn about the need to find the access key. Go north to find him. Find the terminal with the key icon, select C-3PO and obtain the access code (West Wing Security Doors). 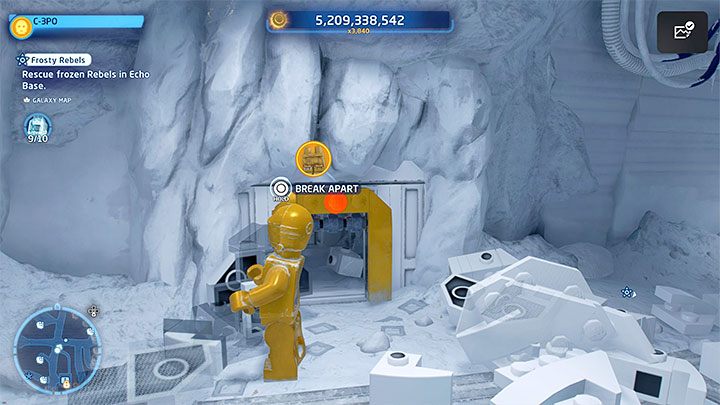 Return to the south with the code. You have to reveal the small hole shown in the picture and go through it. For this purpose, C-3PO must be split into two parts. First, complete the route with the upper part of the droid and then the lower part. 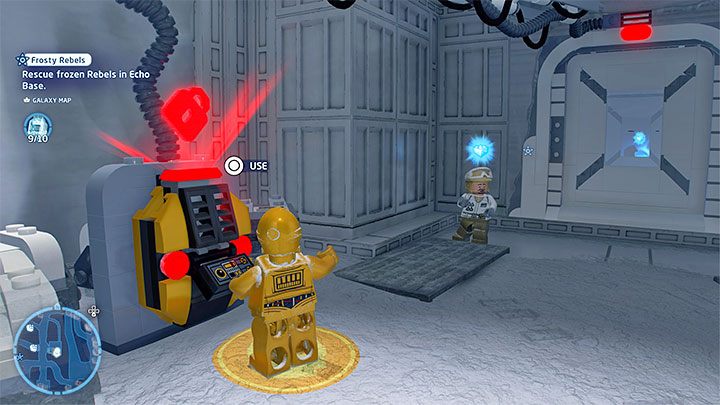 Reassemble C-3PO in the new room and use the new terminal. Select the recently acquired code from the list. 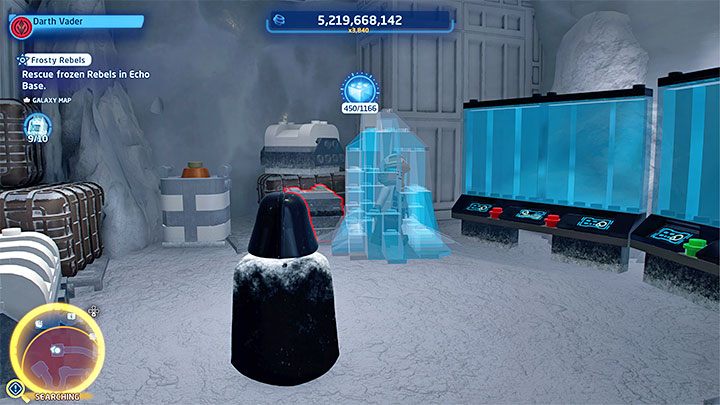 You can now explore the western corridor. The imprisoned rebel is in its final part.