On this page of the LEGO Star Wars: The Skywalker Saga guide, you will find a walkthrough for the Operation Stardust side mission. With our tips, you will defeat the thief on the AT-ST and recover the Death Star plans. 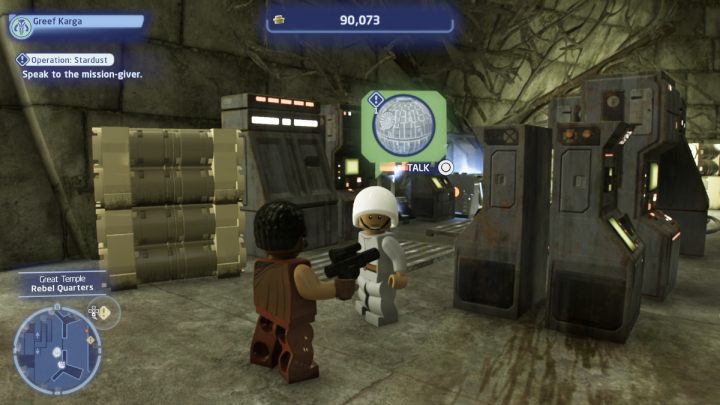 Accept the quest at the resistance base on Yavin 4 and go to the federal district on Coruscant. 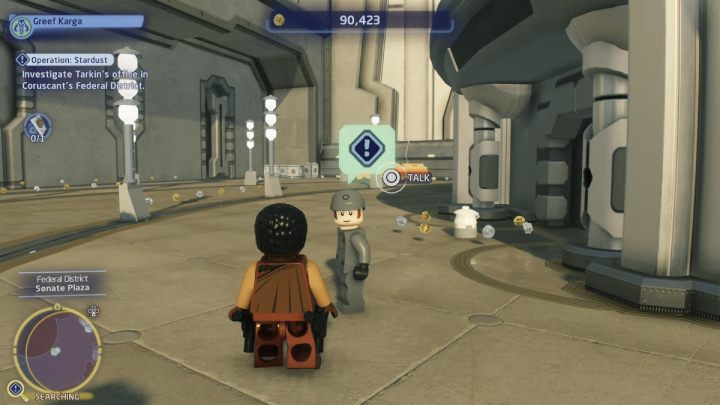 When you reach the federal district, take a taxi and go to the senate building. Follow the marker to the search site and talk to the man in the gray uniform.

Search for the thief in the Federal District 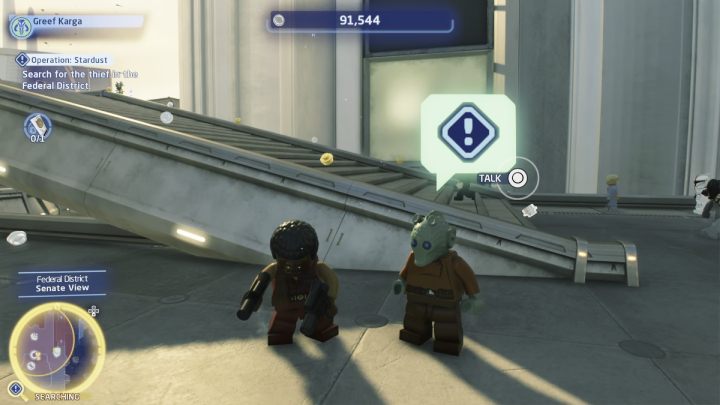 Take the taxi back to the northern landing site and follow the marker to the search site. The thief will be standing by the stairs.

Catch and defeat the thief 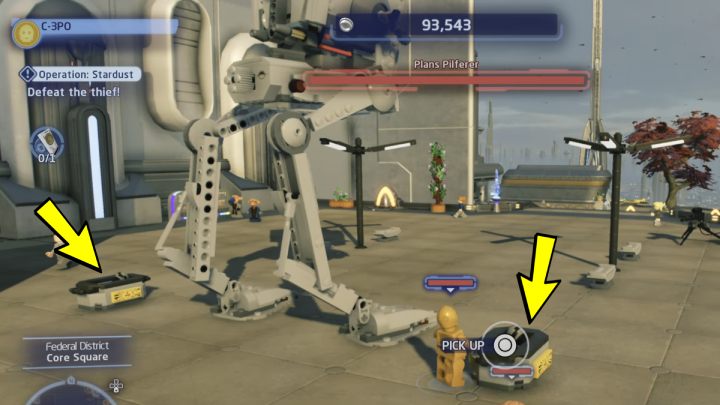 Follow the thief and defeat him once he gets into the AT-ST. The enemy will be immune to regular lightsaber or laser weapon attacks. You have to throw bombs at him, which are in two containers next to the enemy. 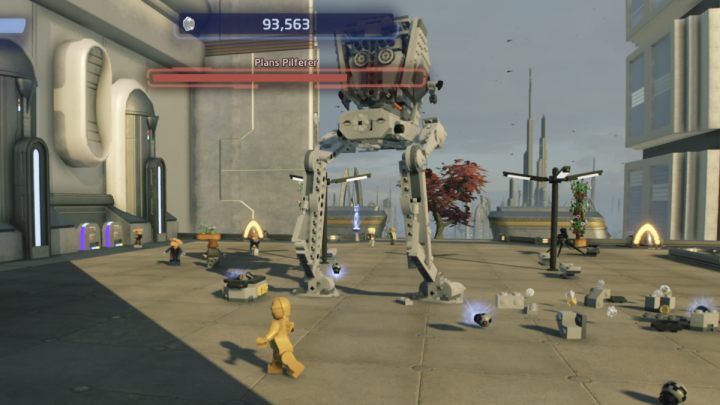 You can throw bombs near your opponent or attach them to their legs. If, after approaching the container, you will not be able to pick up the bomb, go away for a while and try to approach again. 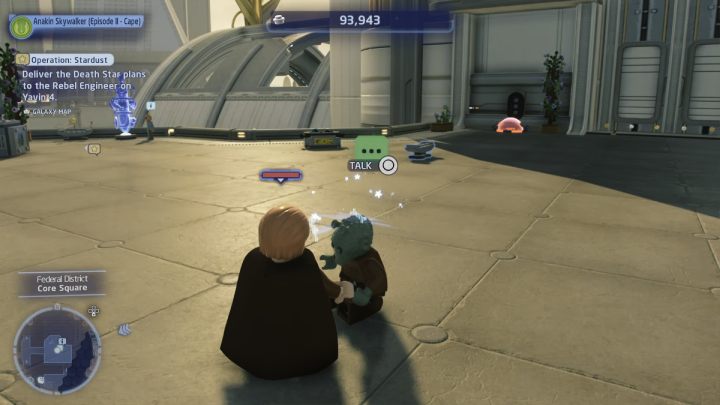 After you defeat the thief, approach him and pick up the Death Star plans. Finally, on Yavin 4, return to the Great Temple and report back to the client.

As a reward for completing the mission, you will unlock the Death Star ship . However, you will still have to buy it for 5,000,000 studs.