This page of the LEGO Star Wars: The Skywalker Saga guide contains a walkthrough of the Geejaw Hands Dirty side mission. Our tips will help you obtain the Teebo character from the Ewok Village. 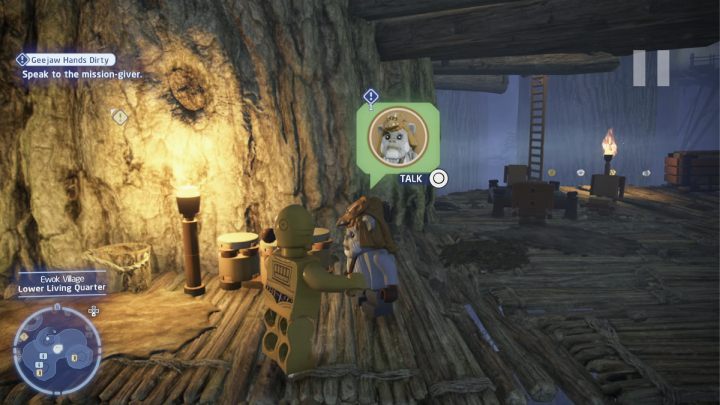 Talk to the questgiver on the village's lower level while playing as a protocol droid. Teebo will ask you to bring him a red bird flying around the village. 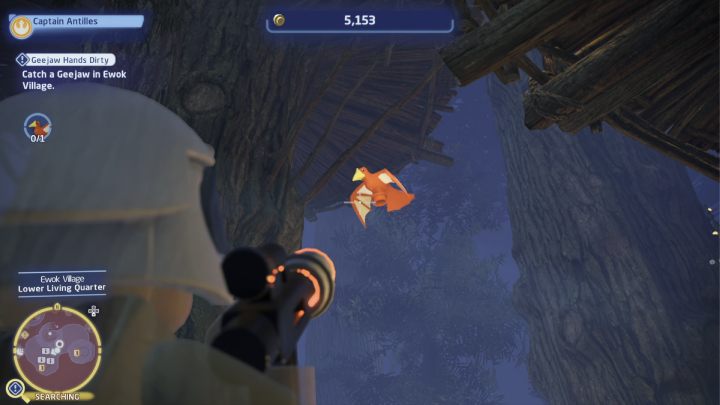 Switch to a character equipped with a ranged weapon and start shooting the bird. After a few landed shots the bird will flee to a different location. Follow the quest marker to the higher level of the village and keep shooting it.

Once you finally deplete its health, approach the bird and take it to the questgiver. Talk to Teebo and claim your reward.