This page of the LEGO Star Wars: The Skywalker Saga guide contains a walkthrough of the Pod Chasing side mission. We explain how to gather the podracer parts as well as how to obtain the Paploo character and the kyber brick. 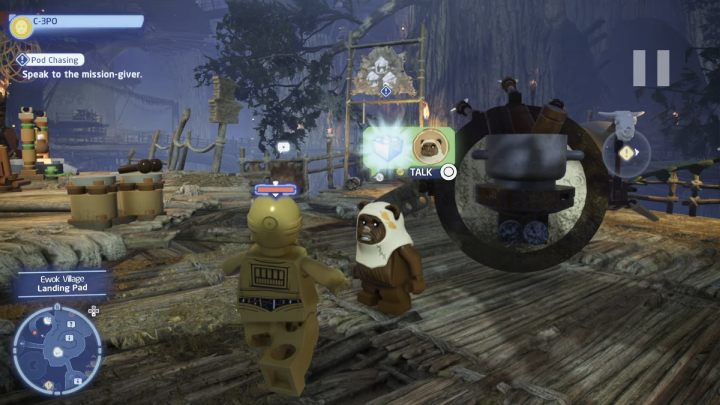 Talk to the questgiver in the Ewok village while playing as a protocol droid. 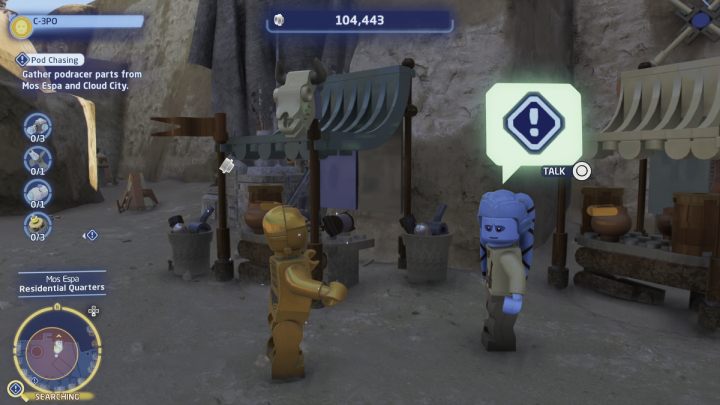 Head to Mos Espa on Tatooine and follow the quest marker to meet the trader at the stall. Obtaining one of the parts requires you to obtain gold in a race. Pass through eight gates in less than 40 seconds to win the race and claim your reward from the chest. 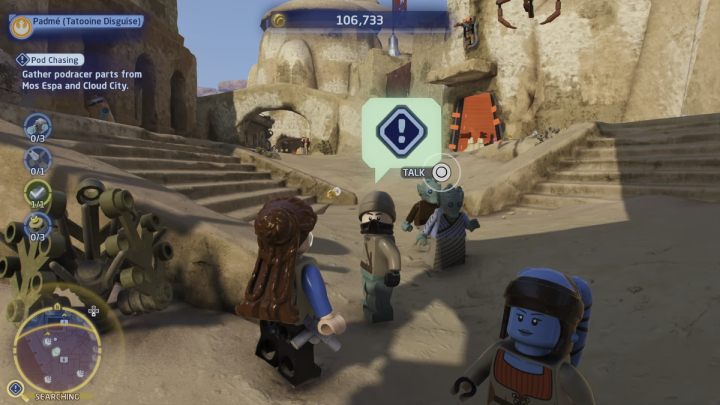 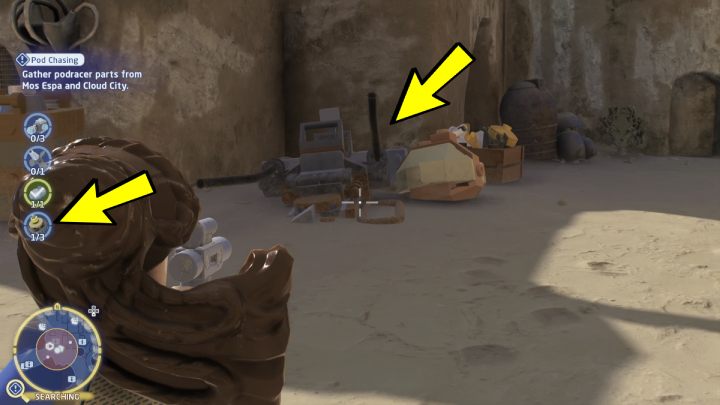 Follow the next marker to the search area and talk to the local by the stairs. He'll show you where to find more parts.

Inside the small search area you must find three damaged podracers and shoot them down. They'll drop three podracer parts. 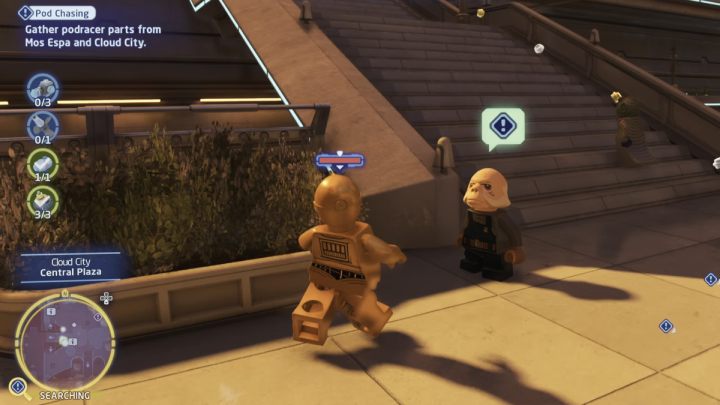 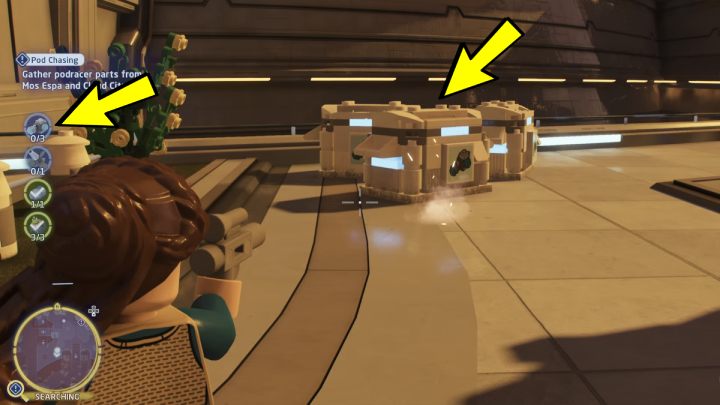 Finally, head to Cloud City on Bespin. After reaching the search area, talk to the local by the stairs, near the fountain. Approach the crates he points out and shoot them. Three podracer parts will drop out of them. 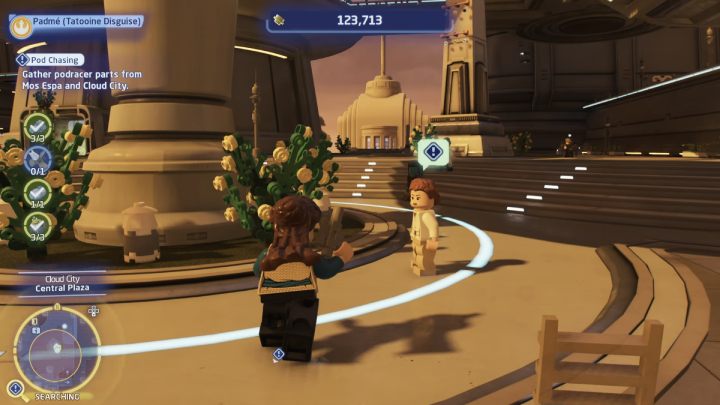 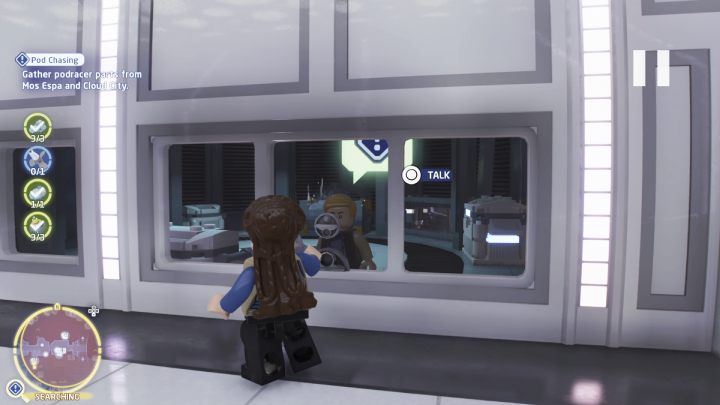 There's also a woman near the fountain who'll show you a shop where you can buy the final part. Enter the shop and approach the trader. The part will cost you 100,000 studs. After paying go through the gray door and take the part out of the chest. 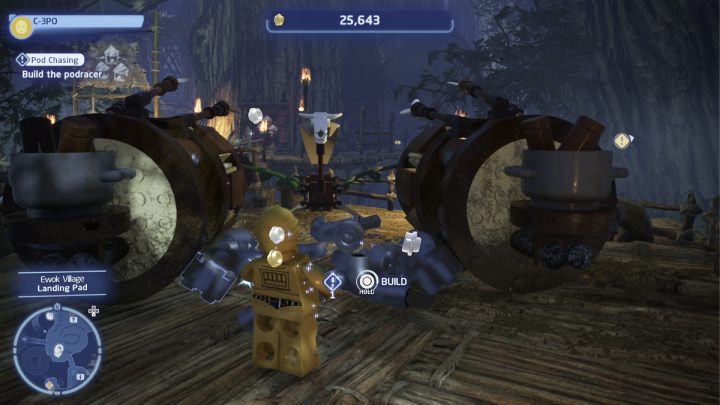 After getting all the parts return to the Ewok village, talk to the questgiver and help him build the podracer.

Smuggle Paploo from Endor to Tatooine 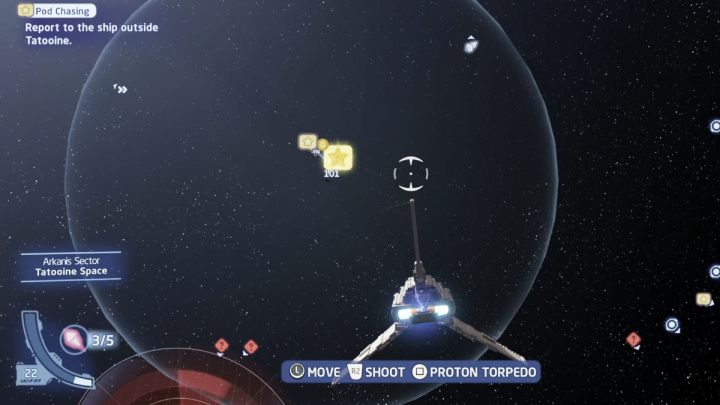 After building the vehicle, the questgiver will ask you to escort him to Tatooine's local space. Use fast travel and dispatch all enemy ships attacking you on the way.

Once you reach Tatooine, fly towards one of the ships and talk to the pilot to complete the mission.