On this page of the LEGO Skywalker Saga guide, you can find a walkthrough for the second mission from Episode 9 (The Rise of Skywalker). The mission in question is called They Fly Now?! We also list and show how to complete the individual challenges of the mission. In our guide, we explain how to complete Rey's training course and earn 5 ribbons while doing so, how to destroy enemy Treadspeeders and how to complete the chase scene successfully. 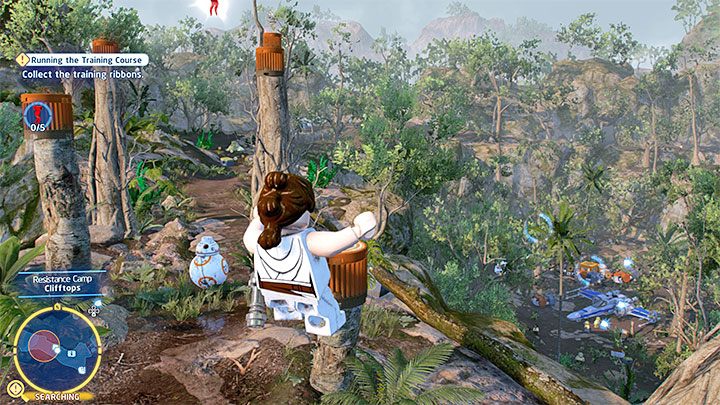 After completing the first mission of Episode 9, you'll find yourself in the Resistance Camp, and while controlling Rey, you'll need to complete the training course. The individual trials are marked with red circles on the minimap.

Walk over the narrow beam and jump from one protruding element to the next. In the place shown in the picture, you have to jump over a trial of stumps, starting with the lowest. The last jump will allow you to grab the first Training Ribbon. 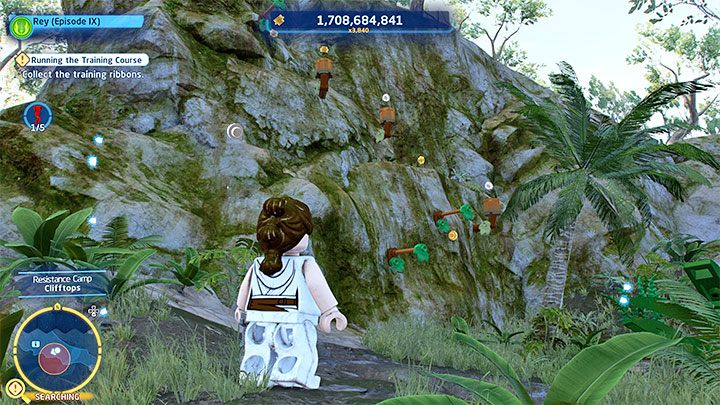 In the place shown in the picture, use the bars and jump following a course of protruding elements. Make a short climb to the top to be able to grab the second training ribbon . 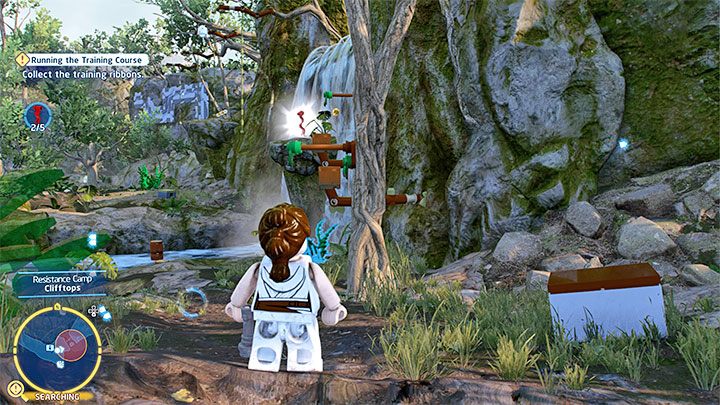 You can complete next three lessons one after the other. In the case of the first one, reach the place shown in the picture, i.e. near the river and the waterfall. Grab a hold of the new handles and jump on the protruding elements. Here is the third training ribbon . 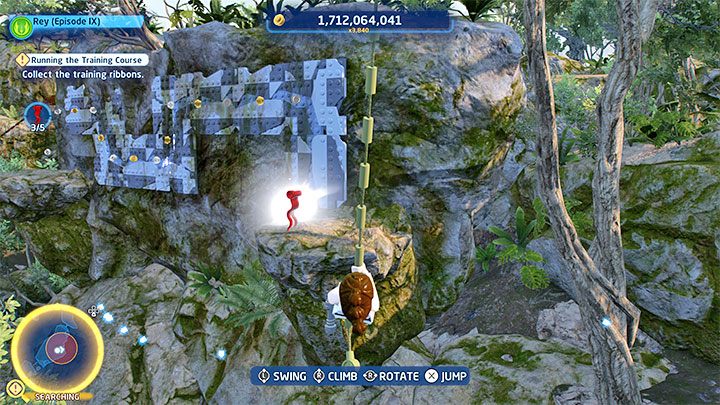 You now need to follow a path created from hanging ropes and swing on each of them. Ultimately, reaching the shelf is rewarded with the fourth Training Ribbon. 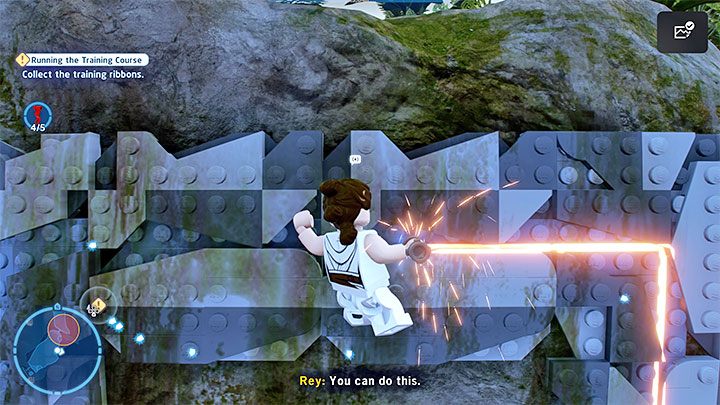 Approach the nearest wall and place the lightsaber into it. You have to go left and, if necessary, also move up or down. After reaching the new ledge, start descending to grab the fifth training ribbon .

Festival of the Ancestors 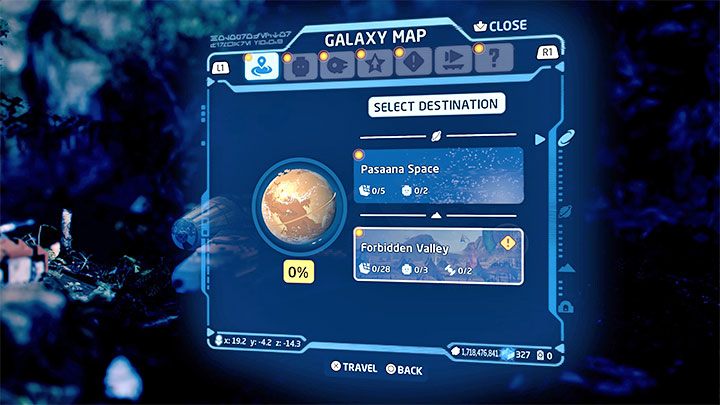 After completing the training course, reach the place where the Millennium Falcon landed to meet your friends.

Open the galaxy map. Set a course for Pasaana and the Forbidden Valley . 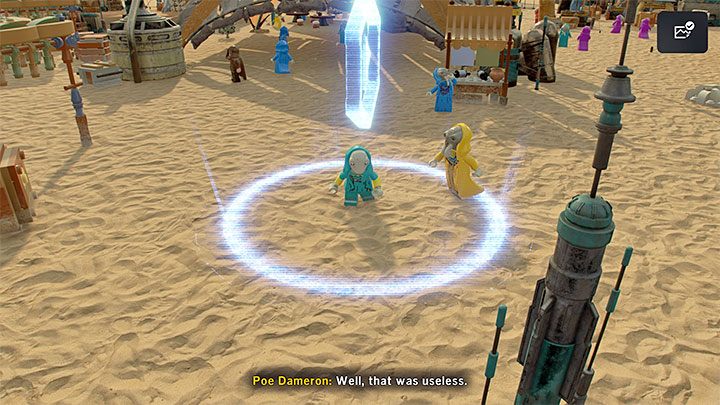 After landing on the surface of the planet, reach the blue circle to reach the festival site. You have to question all the NPCs marked by the game. Only then will the last NPC standing in the blue circle appear (the picture above). Reaching this circle begins They Fly Now mission . 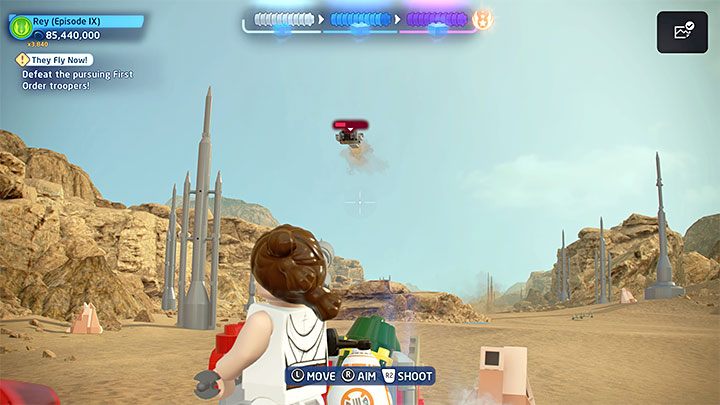 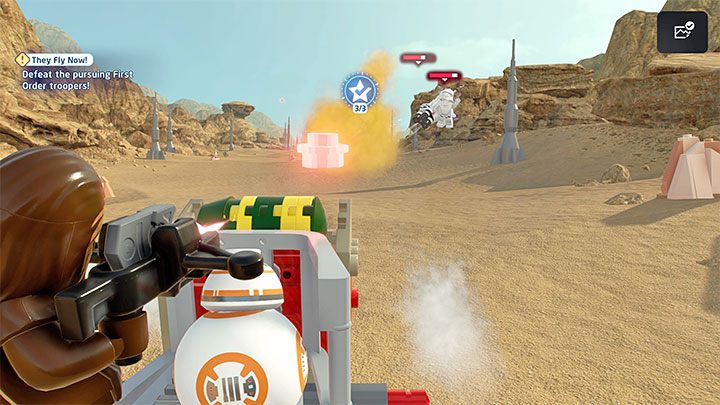 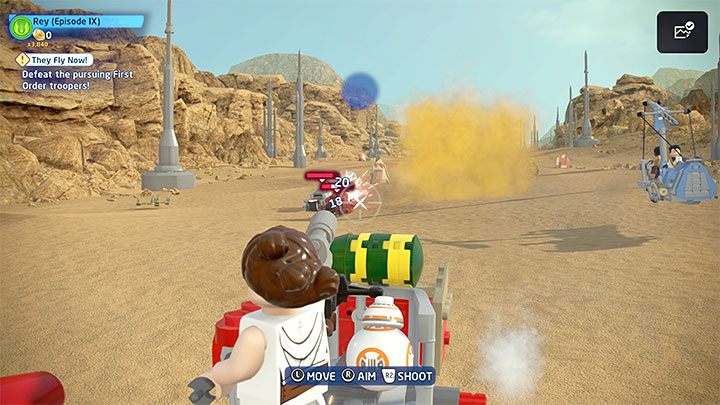 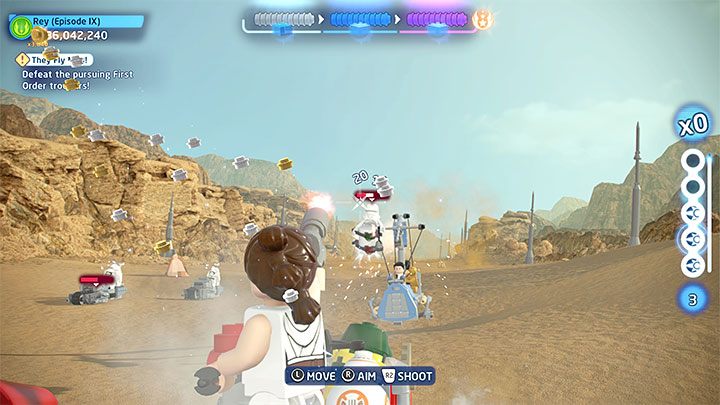 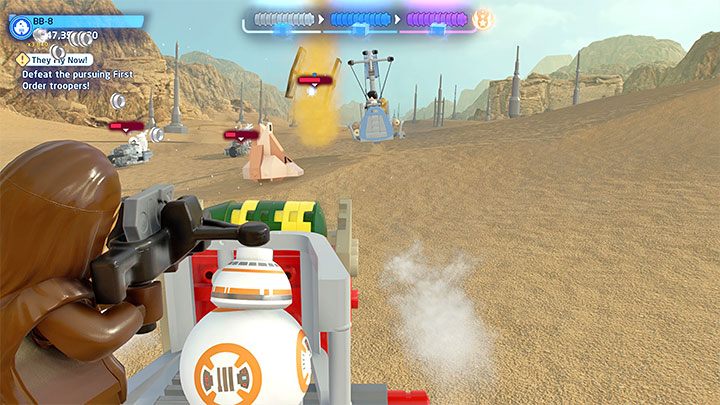 This level is a chase scene where the heroes escape onboard one of the speeders. The heroes assume different roles: 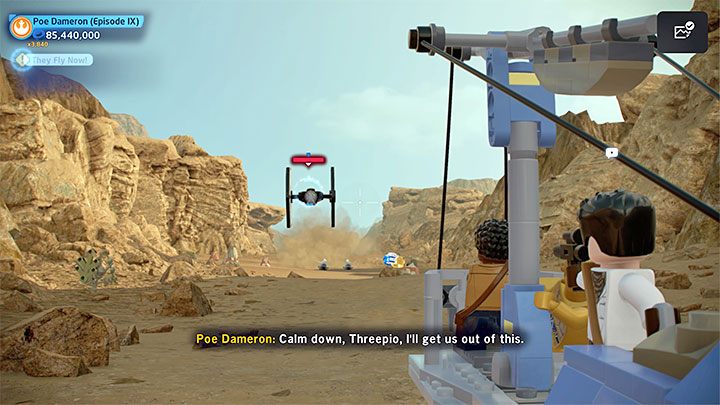 Among others, you'll also encounter enemy Jet Troopers (you can additionally stun them with canisters) and TIE fighters. In the case of fighters, you have to take into account that a given unit has to be repeatedly fired upon in order to destroy it.

Defeating enough enemies will activate a cut-scene depicting the return to Ochi's ship, ending the mission in question.