On this page of our LEGO Star Wars: The Skywalker Saga guide you can find a walkthrough for Salacious B. Crummy at Jokes side mission. We show the locations of 5 different jokes on Mos Eisley.

Gather jokes from the residents of Mos Eisley 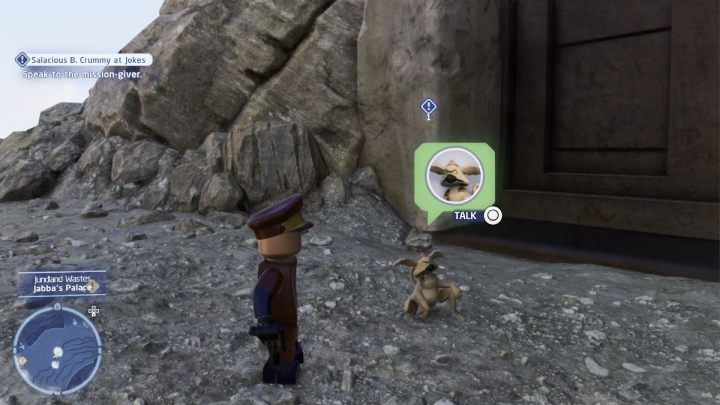 Accept the quest from the quest giver found near Jabba's Palace on Jundland and travel to Mos Eisley on Tatooine. Your task is to collect 5 jokes. 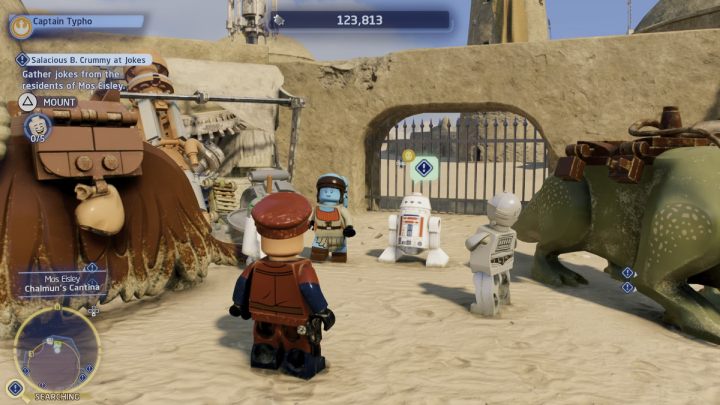 The first character telling a joke is the Astromech Droid. Talk to him while controlling the protocol droid. 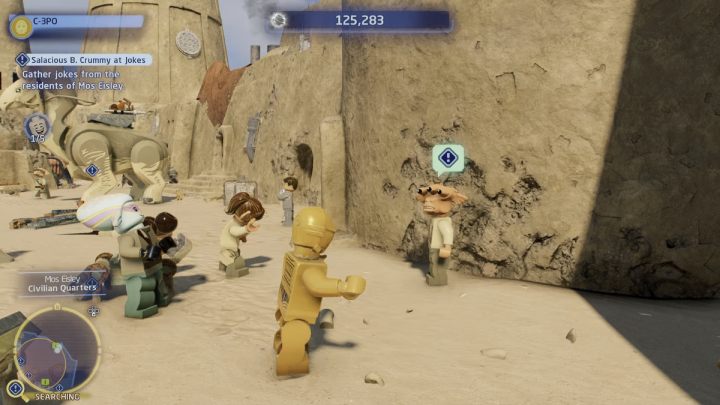 The next person telling the joke is at the stalls. Only a protocol droid can understand this speech. 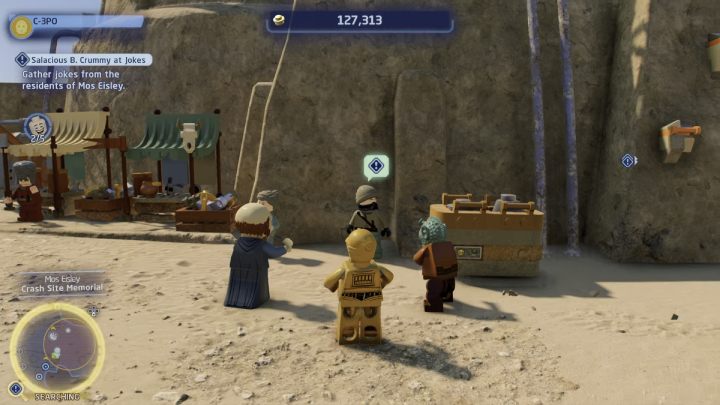 You will hear another joke from the man at the crash site. 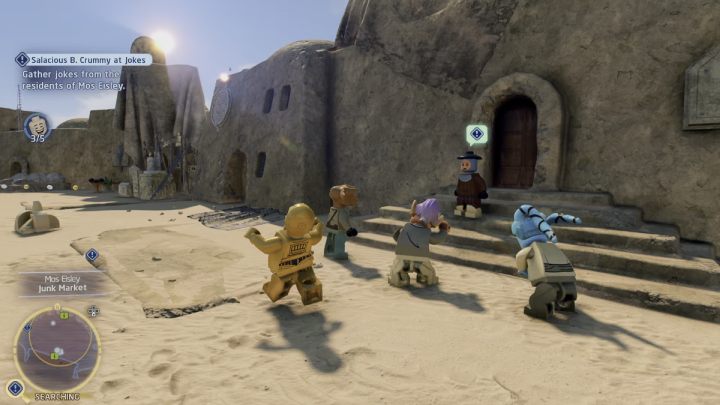 The fourth person to tell the joke will be the woman standing on the stairs near the market. 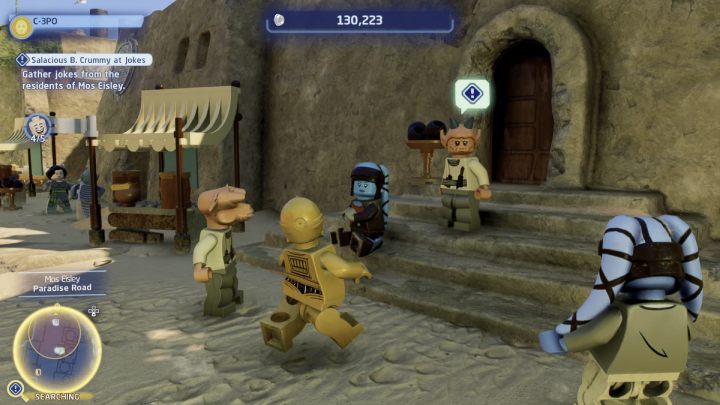 The search for the final joke will take you to the man standing on the stairs. After talking to him, the quest giver will contact you and thank you for your help.