This page of the guide to LEGO Skywalker Saga contains a description of a minor confrontation with the boss Kylo Ren in Episode 8 (The Last Jedi). This fight takes place during Ground A-Salt level, in which you play as Luke Skywalker. In our walkthrough, you will learn how to defend yourself against Kylo Ren's attacks and win the boss fight.

Where you fight Kylo Ren (Episode 8) 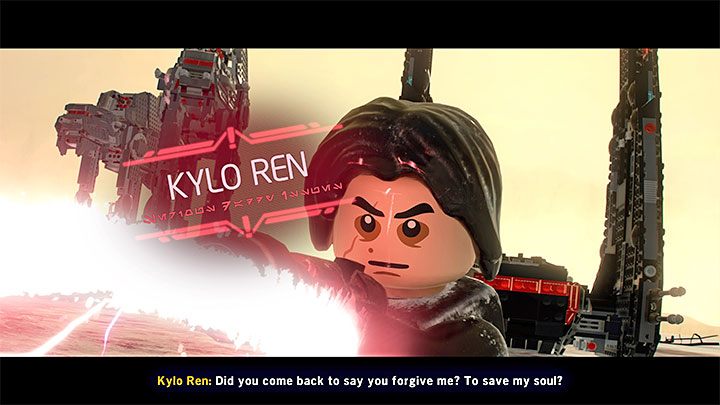 Kylo Ren was the boss that you fought against in Episode 7. As for Episode 8, the confrontation with him is less complicated and shorter. It will happen after starting the final 5th stage of Part VIII - Ground A-Salt. 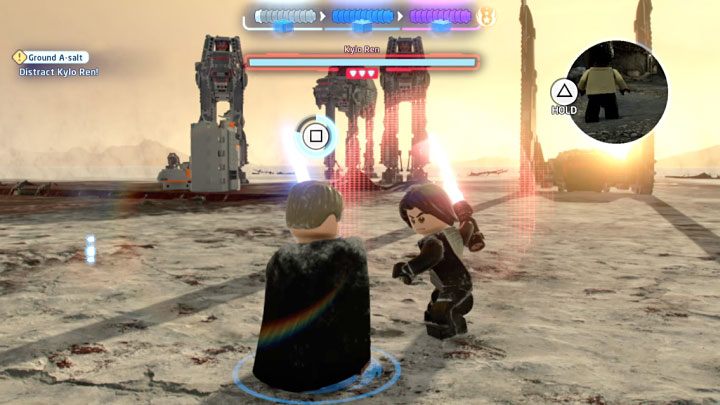 You can play the boss fight at the very beginning of the level or after going through the caves. This is because this stage allows you to switch between teams of heroes.

The most important information is that this is not a full-fledged boss fight. Your task isn't to attack Kylo, and you don't have to dodge. Instead, a QTE awaits you - you need to quickly press the buttons appearing on the screen. Each successful action will allow you to avoid Ren's attacks and drain his blue energy bar. 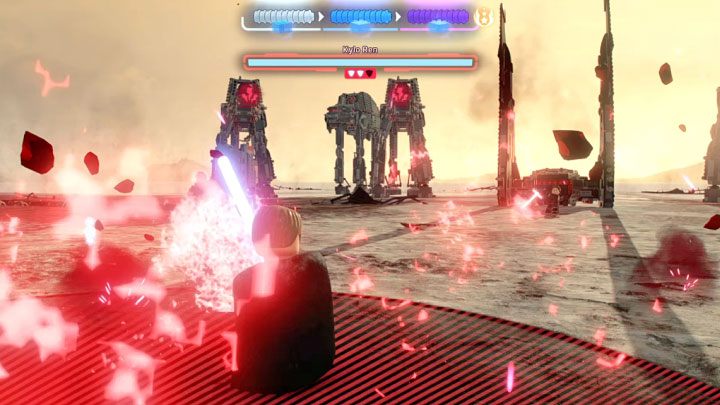 Each time the boss loses an energy bar, he will order the imperial troops to fire at Luke. You don't have to do anything , as the hero is invulnerable to this attack. Just wait for the boss to get close to you again and resume the QTE.

After Kylo Ren is completely weakened, the battle will end.